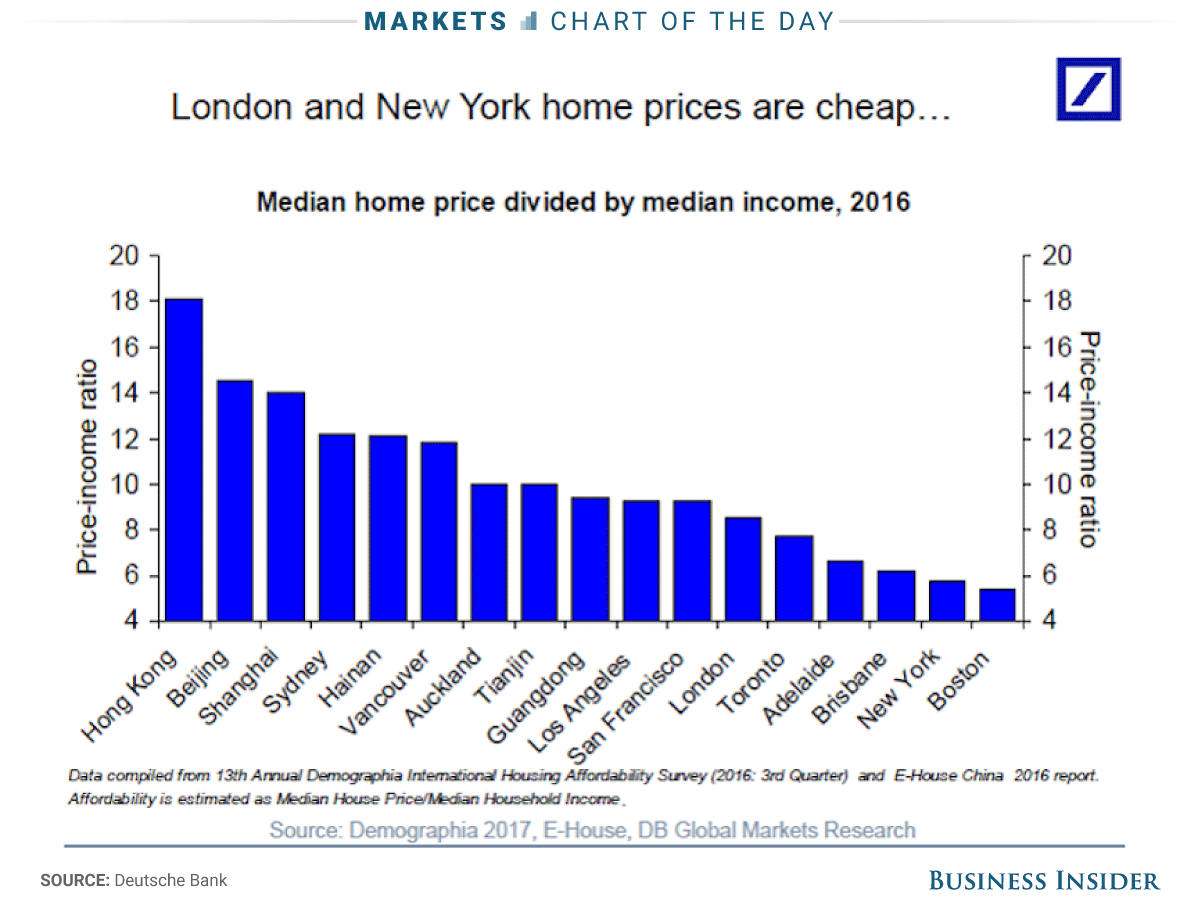 New York and San Francisco house prices are cheaper than in some other cities in the world.

The chart below from Torsten Slok, the chief international economist at Deutsche Bank, compares median house prices to the median income in various cities last year. That ratio is a gauge of affordability.

Several cities fare much worse than New York and San Francisco by that metric.

It’s a useful global perspective on affordability in those two red-hot housing markets, but doesn’t erase ongoing concerns there.

Developers of some of the most expensive properties are offering more concessions to attract buyers, who have greater choices because there’s a glut of new buildings.

In the lower-priced end of the market where most people shop, a shortage of inventory and aggressive bidding wars are raising house prices at more than twice the rate of wage growth.

But as the chart shows, several other cities have it worse.