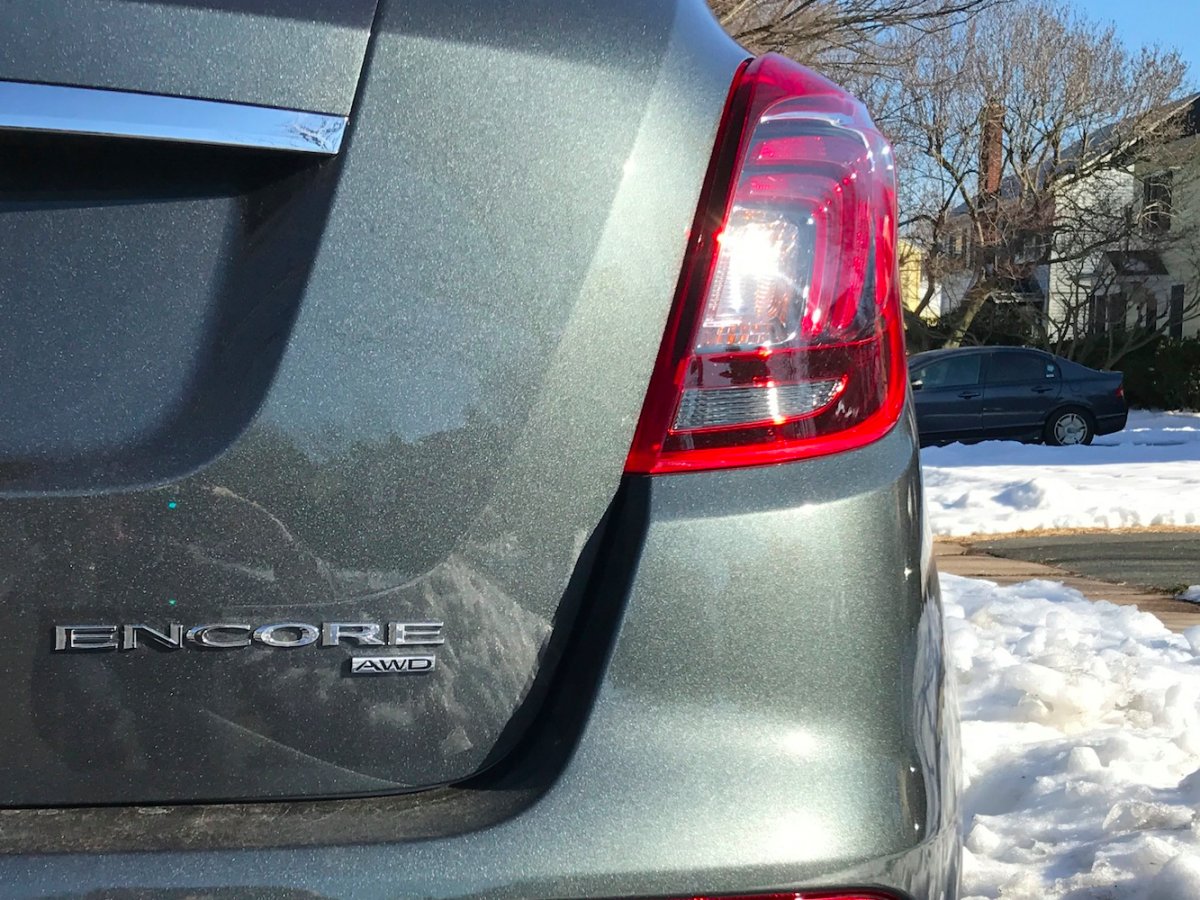 … the Buick takes it!

The Encore is quite the overachiever. It can’t match the X1 for power or driving, but then again, it’s a Buick and not a Bimmer. And while the X1 doesn’t perfectly translate the ultimate driving machine into a small package, the Encore is Buick enough to trace a line back through its brand legacy.

The Buick also feels more premium inside, while the X1 gives off a vaguely compromised vibe, even though the materials are on their face of a higher quality. In terms of hauling capability, it’s a draw, although when fully loaded down the Encore is going to feel very slow, due to the more than 50 horsepower gap between it and the X1.

Both crossovers are up to snuff with safety features and driver-assist technologies, but neither is advanced as some other, more expensive and larger vehicles.

Resale and trade-in value, for what it’s worth, is likely to be higher for the BMW.

The Encore’s infotainment and connectivity package pretty well blows the BMW’s away, and that will matter far more to many buyers than the 0-60 mph time. IntelliLink plus OnStar plus 4G LTE is just an unbeatable combination.

The Encore’s 26 mpg city/31 highway/28 combined beats the X1’s 22/32/25, but not by enough to make much of a difference. In fact, if you’re looking for a reason to go with the BMW and aren’t troubled by the extra costs, the superior performance joined to the decent MPGs is a definite selling point.

The bottom line is that in the X1 and the Encore we have two compelling, contemporary crossovers.

But in the end, the X1 is less good at being a small BMW SUV than the Encore is at being a small Buick SUV. There isn’t enough going for the BMW behind the wheel to justify the substantial price gap. The choice comes down to taste. If you like your cars with luxury badges, the BMW is your baby.

But if you’re willing to give the Buick a chance, you might be pleasantly surprised.