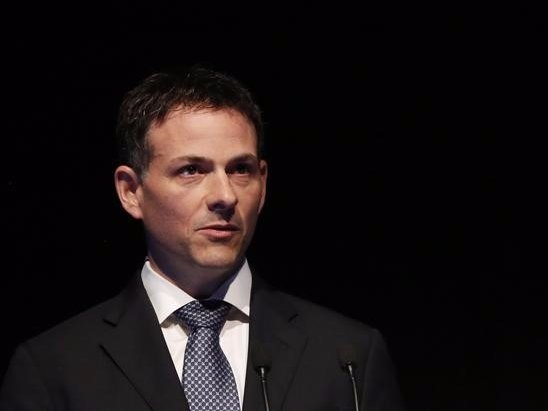 Hedge fund billionaire David Einhorn, founder of Greenlight Capital, had a year to forget in 2015.

“We have never had a year where so little went right,” he wrote in letter to his investors on Tuesday.

His performance was so bad that it prompted one of his kids to give him some brutal investment advice: “Dad, why don’t you just short your longs and long your shorts?”

“These aren’t our first big losses nor are they likely to be our last, and while our goal is to minimize them, they come with the territory of running a concentrated portfolio,” Einhorn wrote.

In his 20 years of running the fund, Einhorn has had some big losers in his portfolio.

“Nothing distinguishes these from our other large losers in prior years. What’s unusual is that they all happened at or around the same time. Having three in a single year is both unfortunate and too many for us to be able to succeed,” he wrote.

To illustrate his point, he shared the chart below. Without those three stocks, Einhorn’s fund was down around 5%. With them, the fund suffered a crushing -20.2% drop.