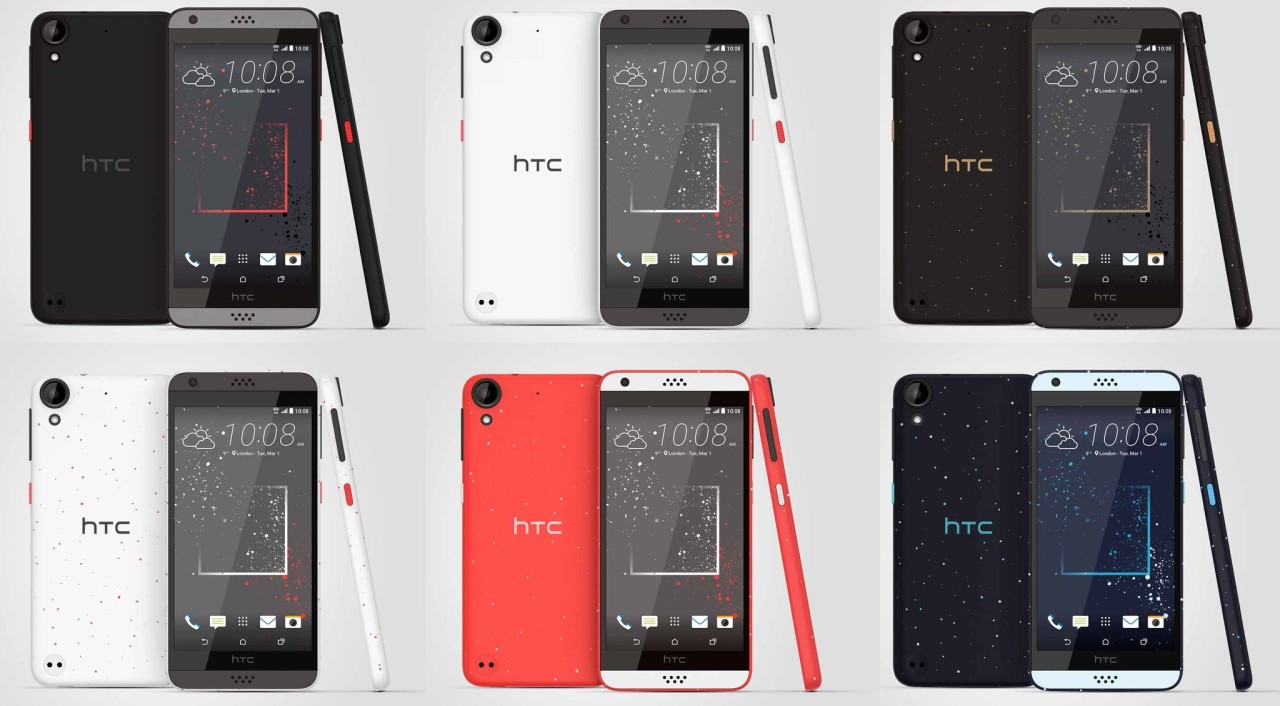 We’re not expecting HTC to have a huge presence at Mobile World Congress next week, but the company is still reportedly showing up with a new handset. (And, no, it’s not the HTC One M10; that’s not expected until the spring.)

According to a new photo released by Evan Blass, HTC is getting set to announce the A16, another phone that falls into HTC’s mid-range lineup. It looks as you’d expect, and comes in some pretty wild flavors, including a few speckled options that mimic the hypnotic look of a starry night sky.

There isn’t too much to say about the design other than to note six different color options. The leaked image show off a device with huge bezels that appear to make room for front-facing speakers, and the camera looks slightly raised. Otherwise, it looks pretty similar to the HTC Desire 626, which came out last summer, but the A16 is presumably more refined.

For comparison, we’ve included a gallery of the Desire 626 in addition to the leaked image. We’ll find out more next week.