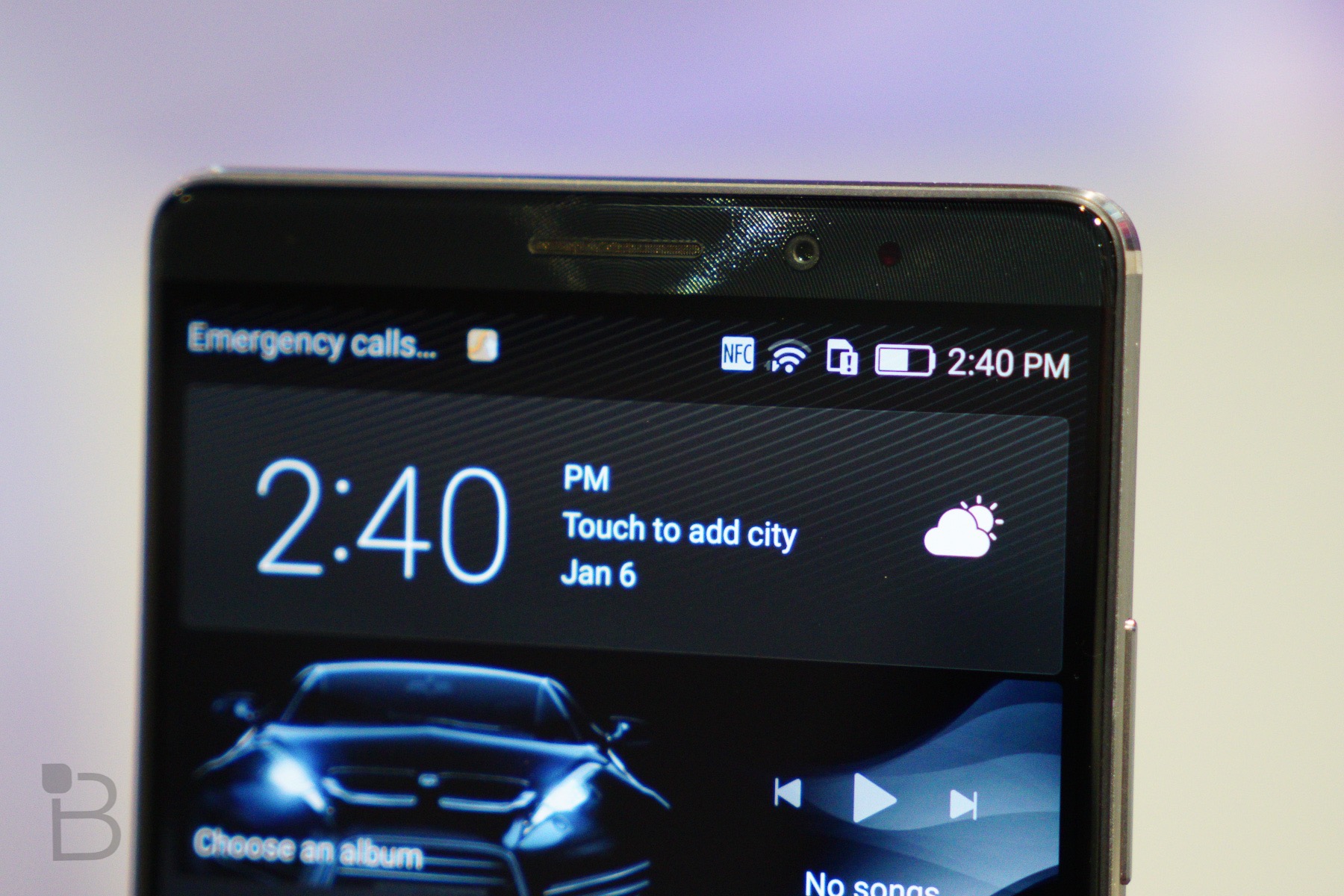 The Mate 8 is also running Huawei’s own octa-core chip. I never had any issues with the Kirin 950 processor, and it hasn’t crashed once since I originally booted up the device. Everything runs smooth and fast. You also get dual SIM support, with the second slot doubling as microSD for adding extra storage.

Another highlight is the Mate 8’s rear fingerprint sensor. It’s extremely fast (maybe faster than the Nexus 6P) and works most of the time with a single touch. You don’t even need to push or press a button to activate it. Just hold your finger over the scanner for a second and the phone unlocks automatically.

Finally, the Mate 8 packs a pretty impressive pair of speakers located along the bottom edge on either side of the microUSB port. They get really loud, which is great if you want to watch a video without headphones or even play music for a few friends. The sound quality isn’t particularly impressive, but that’s still not something I expect from smartphone speakers.

The Mate 8 should excel when it comes to battery life. Huawei packed the phone with a huge 4000mAh battery while skimping on the display resolution. Combine that with some very aggressive battery management software and you should have power for days. Unfortunately that wasn’t always the case for me.

Most nights I still had about 25 percent battery life remaining when I plugged in the Mate 8 and went to sleep. That’s not bad, but it’s not amazing either. One day I even had to recharge before going out after work or risk running out of power before I got back home. Thankfully, the phone does charge very quickly.

Interestingly, Mark didn’t run into any of these issues with his own review unit, and says it easily lasted him two days on a single charge. It’s possible my Mate 8 had some small bug, or maybe I just spend too much time on my phone. Either way you can check out the video above for his take on battery life and everything else.

The Mate 8’s 16-megapixel camera is fine, but it’s nothing to write home about. The photos it takes look good for the most part, though it struggles a bit in low light situations. Colors can look a little oversaturated in some cases as well.

My biggest complaint here is that launching the camera takes way too long, and if you need to get a shot off fast you may end up missing the opportunity. Once the camera is booted up you can switch between apps and pick it up again quickly, but waking up the camera for the first time after a few hours is painfully slow.

Huawei has also included some interesting features in its camera app. There’s a beauty mode for cleaning up your pictures, and a time lapse mode built in. When you take a selfie the phone will give you a quick countdown to pose. Not a bad idea, but not necessary either. For the most part I’m still not interested in these gimmicky camera modes, and Huawei hasn’t done much to convince me otherwise.