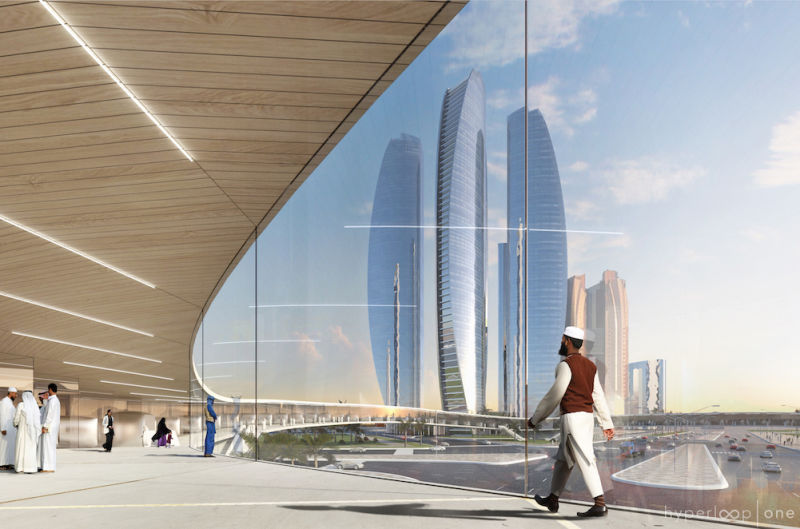 Hyperloop One, the company developing the super-tube transport idea envisioned by Elon Must announced today that it signed a deal to bring the bullshit system to the world’s capitol of bullshit development projects, Dubai.

Hyperloop One announced that it has signed a deal with Dubai’s Roads and Transport Authority (RTA) with a couple different plans on the table. One would be just for passengers, getting from tourism-rich Dubai to oil-rich Abu Dhabi in 12 minutes. Another would be to set up a kind of port island off of the coast where ships would unload, then hyperloop would whisk them back to the shore. This would presumably be just to open up waterfront real estate.

Dubai, the swirling vortex of hype that you may remember for building an $80 million road to nowhere after it cancelled plans to host the America’s Cup yachting race and having such practicalities as Ferrari police cars, is such a perfect host for Hyperloop I can’t express it.

As a reminder, in a Hyperloop you’re basically a bullet in a gun barrel. If there’s a crack in a 30-mile tube, you die. If its magnets lose power, you die. The margins of error and the risks are akin to space travel, and if you want to know more I encourage you to watch this wonderful debunking video.

Jebel Jais was supposed to lead to the boom of the new, growing, oil-rich and tourist-friendly… Read more Read more

If any state would approve a nightmarish vision of the future that makes no practical sense, it’d be Dubai.

At Least They Won’t Have To Worry About NIMBY Californians

The Biggest Hurdles for Hyperloop Are Still Land Rights and Bureaucracy, Not Tech