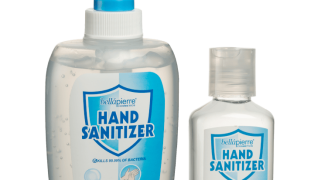 Listen. I might be behind the curve on this, but I don’t watch enough TV to have commercials make an impression on me, but with my husband mainlining election news, I’ve noticed something that needs to come to the larger crowd. Are those Indy cars in the 6 Underground Abu Dhabi commercial?

I wrote about 6 Underground’s first trailer back in October 2019 with the intention of watching the movie but, because I am me, I have yet to sit down to actually stream the whole thing. My mom watched it with my stepsister and reported that it was, I quote, “just a bunch of rich people trying to kill a Middle Eastern dictator, I think, but I’m not sure.”

My stepsister only commented on how boring it was because it was all just crashes and explosions and car chases that amounted to nothing. She has not yet learned the connotations that the phrase “directed by Michael Bay” suggest.

But these are not my concerns. My concern is with a very minimal clip in a 6 Underground-slash-Visit Abu Dhabi commercial that, somehow, seems to include Indy cars.

If you don’t know what I’m talking about, you can watch it below. The clip in question starts around 0:34.

My husband and I have been staring at this for days. The cars shown in the race in question aren’t exactly IndyCars, but they definitely look a lot like the cars from the IR-18 aero package. At the very least, they look more like Indy cars than Formula One cars, which would make more sense, considering the fact that F1 actually races at Abu Dhabi. Wouldn’t it have been simpler to just include a clip of F1 if you wanted to highlight fast cars instead of, like, CGI’ing them in?

(The answer is no, apparently not. Because Michael Bay is Michael Bay, and F1 is F1. It is honestly probably easier to CGI a bunch of fake cars into a shot than to finagle F1 permissions.)

I’ve asked around to try to find a rationale for including IndyCar in Abu Dhabi, but, as I am sure you can imagine, no one cares. It is not a crucial question. It is a scene setting moment that, I’m sure, was included and then immediately forgotten.

So, I only have one explanation: Michael Bay is showing us an alternate universe with 6 Underground, one where The Split(s) never happened, which meant that IndyCar never shot itself in the foot. The series only continued to grow in popularity, with more and more international races that grew to rival Formula One. Which means, of course, that IndyCar was the first series to race at Abu Dhabi, thus explaining this millisecond-long clip in this commercial.

It’s my interpretation, and I’m sticking to it.