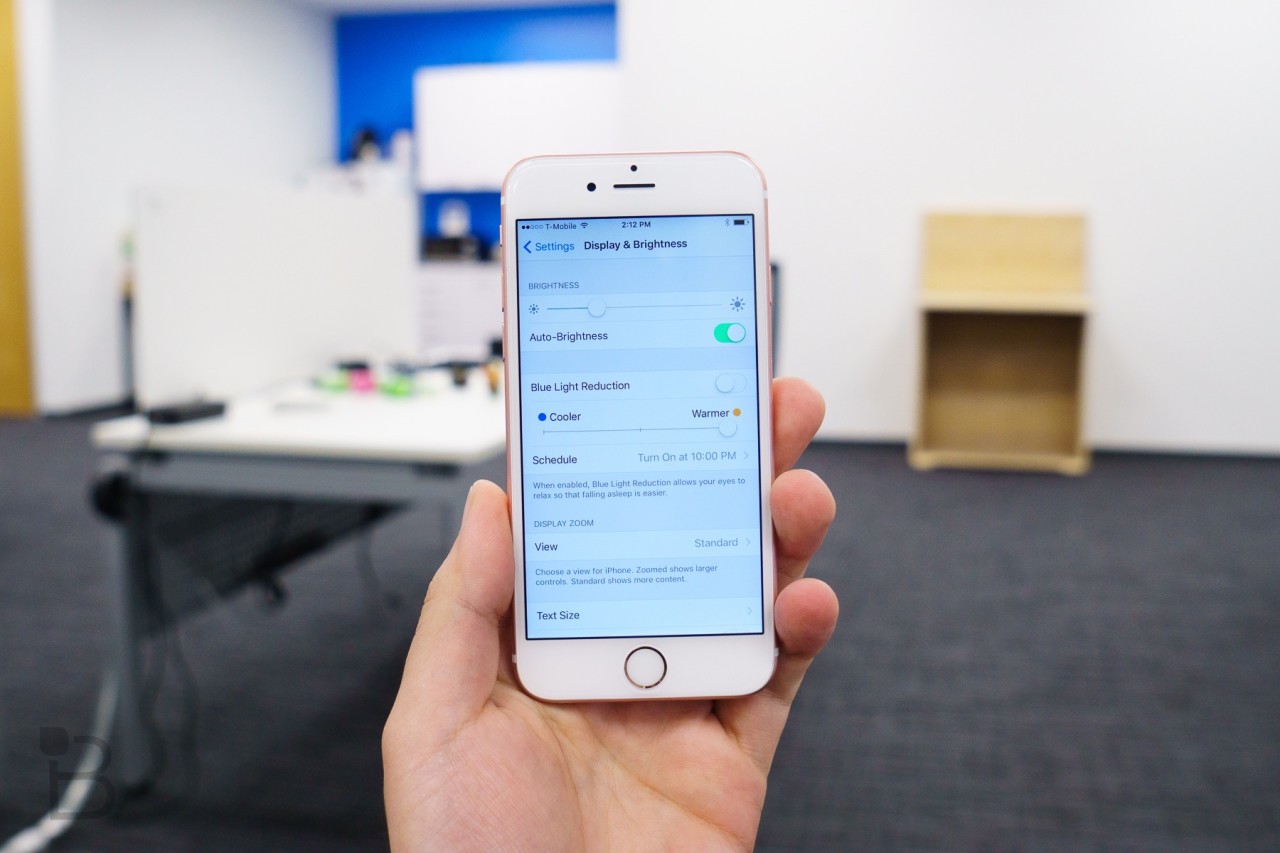 Apple just released iOS 9.3 for everyone to download. There are tons of new features like Night Shift, which cuts out blue light so that it’s easier for you to hit the sack at night, a new version of notes, a revamped version of Apple News and more.

Believe it or not, we’ve already had our hands on iOS 9.3 thanks to early beta test builds, so you can check out the video above for a quick walkthrough of all of the major changes that should be coming.

As always, be sure to back up your data, if you don’t already have your iPhone set to do so, before you get started.

With this update your iPhone, iPad and iPod touch gain improvements to Notes, News, Health, Apple Music and a new feature called Night Shift that may even help you get a better night’s sleep by shifting the colors in your display to the warmer end of the spectrum at night. New features, improvements, and bug fixes include:

When enabled, Night Shift uses your iOS device’s clock and geolocation to determine when it’s sunset in your location, then it automatically shifts the colors in your display to the warmer end of the spectrum and may even help you get a better night’s sleep.

Sort notes alphabetically, by date created, or by date edited

When sketching, quickly bring up a fresh canvas with a two finger swipe, or by tapping the New Sketch button

Choose whether photos and videos taken within Notes are stored only in Notes, or also added to Photos

Discover something great to read in Editors’ Picks, a selection of channels and topics handpicked by our Apple News editors

Play video stories right from For You — without opening the article

Read stories and watch videos in landscape orientation on iPhone

Change the text size in articles to make reading easier

Related third-party apps for select data types such as weight, workouts and sleep are displayed in the Health app

Adds the ability for iBooks to store your PDFs in iCloud, making them available across all of your devices

Adds support for signing into iCloud with Managed Apple IDs

New Nearby screen in Maps to quickly find Gas, Parking, Restaurants, Coffee, and other driving essentials

Enables the use of arrow keys to navigate through lists in Spotlight, Mail and Safari

Enables the use of space bar to scroll in Mail

Improves performance when using the space bar to scroll in Safari

Two-factor authentication is now available for all iCloud accounts

Fixes an issue where VoiceOver interferes with speech after dictation

Fixes an issue where large text was unreadable in Reminders

Fixes issues that could prevent some iCloud Backups from completing

Fixes an issue where an inaccurate battery percentage could be displayed

Improves reliability when using 3D Touch on the keyboard

Improves stability of the Phone app when setting up voicemail