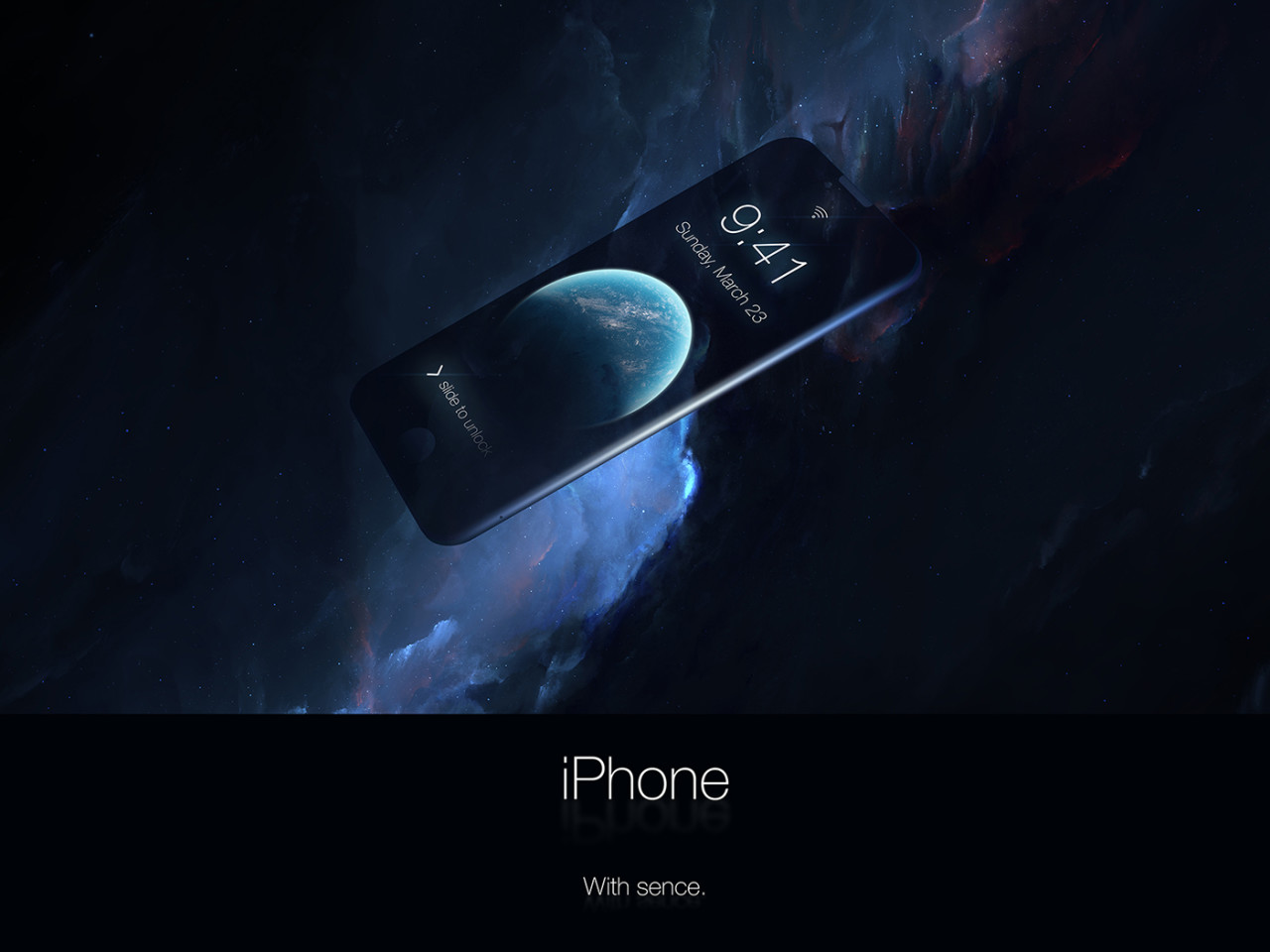 The iPhone 7 is expected to offer an updated design and a few new features, but what if Apple doesn’t hold back? A new concept imagines how the upcoming smartphone might turn out if it came packed to the brim with new features and technology, and the results are pretty awesome.

A series of images by Herman Haidin imagine the marketing materials for a future device with some amazing capabilities. That includes wireless and solar-powered charging, so your iPhone powers up automatically whenever you’re in the sun. It’s also waterproof, and comes with special new camera software designed for underwater photography.

The new design features a full 5-inch display that covers the entire front panel, paving the way for immersive gaming and videos. The back panel also packs a secondary display, though it’s limited to widgets and a personalized background image. The entire device appears to be semi-transparent thanks to a new liquid metal design, and it’s just 3mm thick.

The cameras have been improved in this concept as well. Specifically, the rear camera features a 16 nano pixel lens with automatic image optimization based on time of day, location and weather. It also doubles as a retina scanner.

The concept includes a few other software improvements. There’s a special battery-saving sleep mode that lets you conserve power without shutting the device off. There’s also an iCloud-based sync for saving your apps and personal data online to free up space on your phone, similar to the current Nextbit Robin.

Of course, there’s no way the actual iPhone 7 will be as exciting as this imagined version, though it’s possible Apple could include at least a few of these suggested improvements when it unveils the new device later this year.