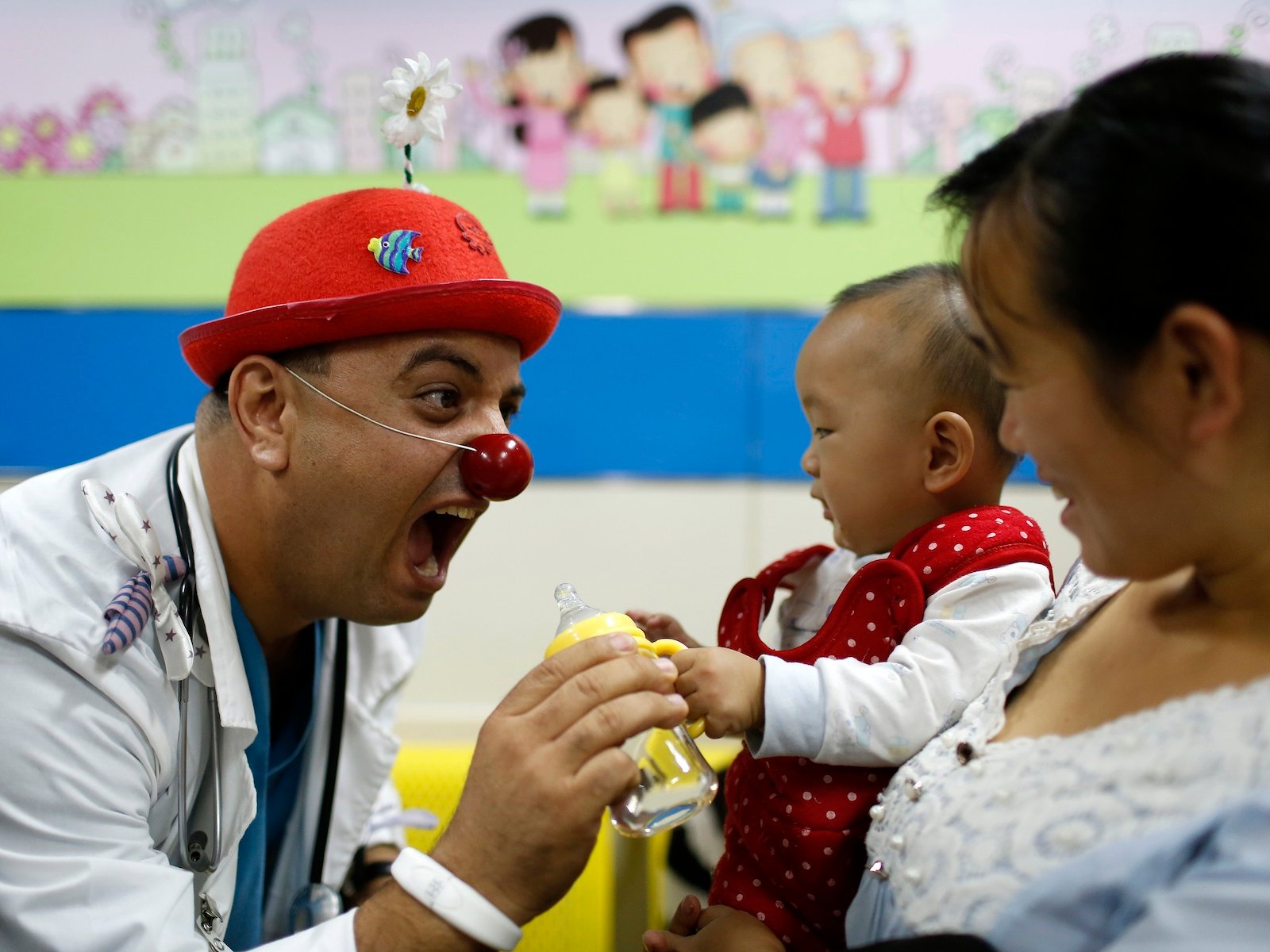 Sarhan Mahamid of Israel, also known as a “clown doctor”, performs at the Children’s Hospital Of Fudan University in Shanghai November 5, 2014.Reuters

As earnings season marches along, it’s increasingly clear that there’s only one thing that scares big drug companies, and that’s losing pricing power to other actors in the healthcare market.

Based on what we’re seeing, some of that power is already slipping away. And mostly the drug companies are scared they’re losing it to pharmacy benefit managers, or PBMs.

PBMs are companies that manage the list of drugs that insurers or other payers will or will not pay for. Increasingly, they’re also creating mail-order pharmacies or managing patient assistance programs for drug companies. Also increasingly, they are owned by health insurers. The biggest three PBMs control about 80% of the market.

And that share is growing. On Tuesday, insurer UnitedHealth — one of the big three PBMs — reported earnings, and its biggest profit driver was Optum. It’s a business within the company that includes a wide range of things, from an in-home care service, called OptumCare, to its own PBM, OptumRx.

Basically, these PBMs are becoming a one-stop shop for all things healthcare.

“I think what you’re seeing … is the convergence of the traditional PBM model, which we’re trying to rebuild and combining it with Optum clinical platform, and here, we’re talking about OptumHealth and all of the care management, data management, and care delivery services,” OptumRx CEO Mark Thierer said on the conference call following the company’s earnings announcement.

“So I think if you start to look at it, we’ve emerged as a sort of destination platform in this industry and feel very good about the selling season and the wins that we’ll post and bring alive in 2017.”

Now say you’re a drug company and you’re looking at this. What you see is that actors are coming up in the market who not only own an insurance company that pays you, but also manage the lists of drugs those insurers will pay for. On top of that, through OptumCare, they employ the doctors who make decisions about how to treat patients.

It’s a scary prospect, and they know it. Last week, Horizon Pharma lowered its fourth-quarter 2016 guidance because, aside from normal drug company investments in developing and marketing drugs, it now needs “additional investment to expand the company’s managed care organization to account for a broader contracting strategy with pharmacy benefit managers (PBMs) and payers.”

The market did not love this news. It didn’t just punish Horizon for it — the company’s stock fell 5.6% after this announcement — but it also punished other drug companies. Endo and Shire Pharmaceuticals fell 2%. Valeant Pharmaceuticals was also down slightly, about 1%, on the news. The drug companies aren’t the only ones worried that PBMs and the companies that control them are getting too big and powerful. This has been a topic of discussion in Washington, DC, too.

Last month, Rep. Doug Collins, a Republican from Georgia, called out the PBMs for using their power to monopolize the system and take power from healthcare providers such as pharmacists and doctors.

“Tricare” — the Defense Department’s healthcare program — “did a study where it found that, if it eliminated PBMs from the Tricare program, it would save roughly $1.3 billion per year,” he said.

Can you imagine, a little startup worrying big pharma? Not a chance.

So yes, it may tickle you that this is an issue scaring the drug companies. But the question is whether it should scare the rest of us, too.