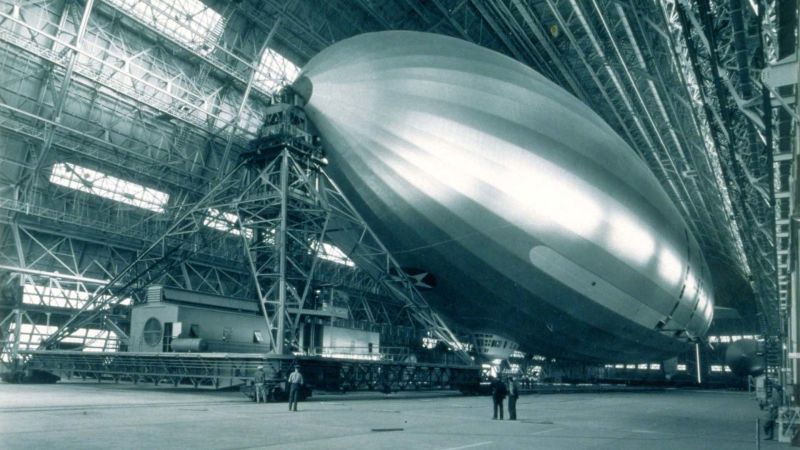 If you’ve ever wondered how the technocrat gazillionaires actually use their power and influence, here is a little glimpse into that world: Sergei Brin, Google co-founder and Google Glass proponent, has been running airship project in secret.

The best part of this story, turned up by Bloomberg is that it’s not even clear if Brin is trying to make money off of this thing, or if he’s just running it for shits and giggles:

Brin, the Google co-founder, has secretly been building a massive airship inside of Hangar 2 at the NASA Ames Research Center, according to four people with knowledge of the project. It’s unclear whether the craft, which looks like a zeppelin, is a hobby or something Brin hopes to turn into a business. “Sorry, I don’t have anything to say about this topic right now,” Brin wrote in an email.﻿

I say that this is all reportedly as Brin himself told Bloomberg, “Sorry, I don’t have anything to say about this topic right now,” though Bloomberg seems pretty confident about its anonymous sources.

Bloomberg goes on to note that there’s already a metal skeleton of this thing out at the NASA Ames Research in Mountain View, CA. That’s where we built some airships back in the 1930s before we figured that a gigantic slow-moving bubble that hovered from one population center to another wasn’t a great idea. According to Bloomberg, this Brin-blimp (Brinp?) would be a giant-cargo-hauling helium balloon delivering parcels quietly and fuel-efficiently around the globe in place of planes.

In summary: the guy supporting the invention of what can only be described as a Future Monocle is now trying to get blimps going again. I’m not going to rule out that this guy is simply obsessed with the turn of the century, as The Atlantic theorizes.

Honestly, this is a fun idea to toy around with, and the idea of is a nice one to have. Here’s to limitless funds and the joys of Silicon Valley madmen.

I Just Love This Juicero Story So Much