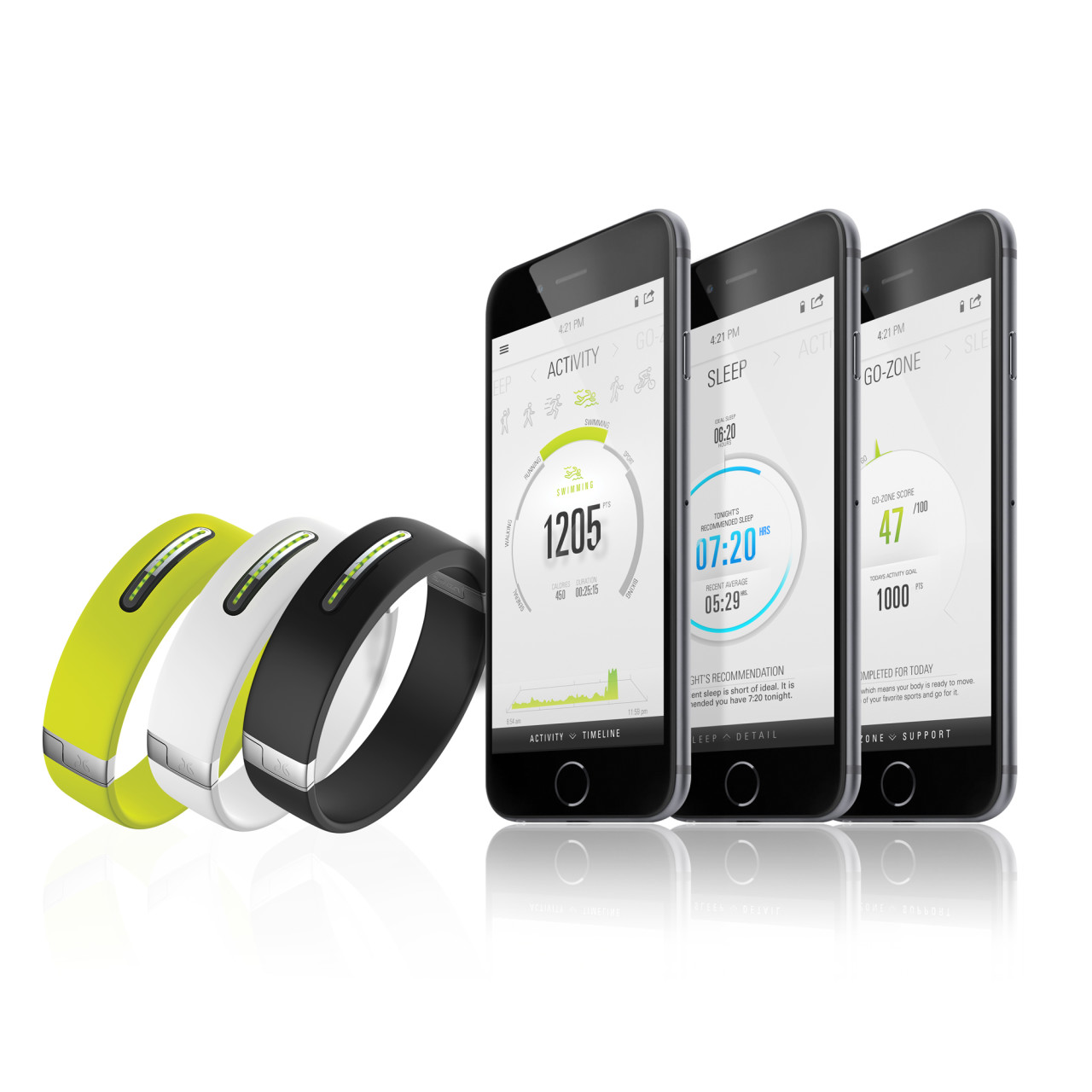 When it comes to fitness, I’ve never been one for trends or new lingo. It’s cut and dry mathematics for me, quite honestly. If I want to lose weight, I burn more calories than I consume.

I think that’s why I’ve had so much success with the likes of Runkeeper and MyFitnessPal. Paired together, those two apps have dramatically improved my running speeds and helped me lose almost 50 lbs. Thanks for that, college.

I’m in shape now. I workout to maintain shape, perhaps improving incrementally when it comes to running pace and overall distance. I workout specifically to eat. I workout because I enjoy fancy beers, baking my own breads and slowcooking Carolina-style barbeque. If I want to maintain my post-collegiate figure, I have to follow the rules of calorie consumption and burn.

It’s simple, but it works.

Not the greatest first impression

The Jaybird Reign requires users to reconsider fitness. It requires its users to buy-in, wholesale. The band and its app (iOS or Android) are presented as a cohesive unit. You’ll enter your age, weight, average workouts and how long you try to sleep on a nightly basis. Then the app produces a number for you, and they call it the “Go-Score .”

What in the heck is a Go-Score?

Right, so you’re immediately met with this obtuse series of terms and procedures. My initial Go-Score was something like 1200 points, and I had absolutely no idea what this meant.

Here’s how Jaybird explains it, at least as simply as I can manage. Your Go-Score is your target exercise for the day, though it never really tells you how the points are created or what they’re connected to. Are they steps? Calories? Time spent with an elevated heart rate? I don’t know.

Then there’s the Go-Zone. When you wake up every morning, you place your finger on the Reign for two minutes as it reads your heart rate. It’s there that the device establishes your Go-Zone. More than 33 points means you should workout, with higher points driving your Go-Score goal up. Less than 33 points means it’s a rest day.

This is my greatest fear when it comes to the Jaybird Reign. This lingo makes no sense, and I’m not sure I’m sold on the Go-Zone and my Go-Score. The device is supposed to use two minutes of daily heart rate monitoring to know exactly how hard I should push my body. From there? I don’t know.

I’m writing this section of the review literally as the device is charging for the first time out of the box. From here on out, I’m in test mode. My first impressions, though? I’m confused, and I’m not sure I’ve bought into the madness.

Here I am, two weeks later…

And so I’ve been with the Jaybird Reign for two weeks. I’ve learned a ton about the fitness band. My first impressions? They definitely stayed true throughout my time with the device, but the Reign managed to both surprise and disappoint me in other ways. I definitely got over the whole Go-Zone business, finding it to be an okay motivation from day-to-day. Though, I found myself ignoring it at other times. We’ll hit that later.

Let’s start with the good, for now.

The Jaybird Reign figures out what you’re doing without your input. You don’t have to tell it you’re going for a run, a bike ride or a swim. The entirely waterproof band figures it out and, over the course of my two weeks of use, was right every single time. It was pretty accurate, too. I made sure to use Runkeeper alongside the Reign when running to compare distances, and I usually found the Reign gave me credit for like an extra tenth of a mile for four mile runs. That disparity was just fine for me.

This worked for sleep, too. You need to wear this band 24/7, and the Reign will actually inform you about your night’s sleep, encouraging you to go to bed earlier if you’re not getting enough. I really liked that feature here.

I really dig the design of the Reign’s app, too. It’s simple, easy to understand and responsive. I didn’t struggle to connect or sync my Reign a single time. While wearing the device, a simple pull-down from the top of the app screen synced the pair, and it always worked. Always.

I also found that the Reign’s battery was exceptional. Over the course of two weeks, I charged it only twice. The first time out of the box, and once on the eighth day of use. This band is always on, I was constantly tapping it to activate either the (terrible!) clock or see my progress, and it managed to keep great life throughout.

The Reign came fully equipped, too, with multiple band sizes, an okay dock for charging, cleaning brush and a band for your ankle if you like to cycle.

Finally, I dug the general shape of the band. It’s slim, lightweight and, after a day of use, is hardly noticeable. This is becoming the standard for more modern bands, but Jaybird deserves some kudos for really nailing the feel of this band.

If you’re looking for a band that tracks your exercise intelligently, easily logs your progress, feels super light and lasts a long time on each charge, the Reign is great. For its $120-150 price point, though? Its extra frills are a little lacking.

While the feel of the band is wonderful, I found it didn’t stay together as well as I would have liked. Broken down, the band exists in three separate pieces. There’s the actual tracker, a holster and the strap that keeps the band on your wrist. The tracker sort of drops into the holster, not really clicking or locking into place. The strap clips onto the holster at two points, and I found this thing fell off around five or six times over these two weeks. That’s too much for the money, and I would have rather the clips featured either stronger magnets or a fixed clasp.

The clock here is absolutely bogus. The long battery life likely comes because the Reign simply has a band of LED dots for its display. The green dots fill up as you earn points over the course of the day. You can see how much you’ve earned by tapping the band a few times. The clock shows up after that display, and you have to count dots in order to read it.

Here, I’ve taken this description and image directly from the official FAQ. Enjoy.

As shown in the diagrams below, the LEDs display both the hour and minutes as follows:

I never got used to this system. The device almost always shut off before I could decipher the time, especially if it was somewhere in the four or five range, making the dots meet in odd spots. It’s a novel concept, sure, but the result was far too awkward.

The Go-Score system never really stops being convoluted. I still don’t know exactly what one single point represents. I did find that, just like other fitness devices, the satisfaction here comes from meeting your goal for the day. In that sense, the terminology is irrelevant. I either worked out enough to meet my score or I didn’t.

The Go-Zone, though, I hated. For two reasons. The gist here is that, every morning, you wake up and press your finger on the top of the Reign while the bottom reads your heart rate through your wrist. The device measures your Heart Rate Variability, and it gives you a score on a scale of 1-100 after two minutes. If you score over 33 points, you have to push yourself and work out. Your body is ready to roll, or so this implies.

Here’s the thing: It often took me 10 minutes of struggling to get this thing to actually read my pulse and such. It would fail over and over as I tried to press it to the top side of my wrist and then the under. Eventually, after reading the support stuff in the app (which is nice and handy, by the way), I wound up having to lick my finger and then lick the back of the band. That created an okay connection, and it would read closer to 75% of the time.

I found the Go-Zone to be laughably bad. I normally run 3-4 miles per day. That’s my distance. So, halfway through this madness, I figured I’d push it to see if the Go-Zone would drop enough for a rest day. I ran 7 miles, and I did it at a faster pace than I normally would. My Go-Zone the next day? The highest it had ever been, supposedly suggesting I didn’t need a break.

Every trainer will tell you to take off days. I ran for 10 days straight before I pushed myself hard, and the device decided I was still good to go. In fact, it said I was in the best shape I’d been based on my Go-Zone points. My body felt awful, achy, sore and tired. There’s no way I could have jammed out for another 30 minutes to an hour of running, regardless of where my Go-Zone was.

Honestly, I was probably tired. I still worked out that day, committed to following this thing’s orders to the letter. I was able to run for 30 minutes, but not at my eight minute mile pace. Instead, I was closer to 10. Yikes.

Yes, the Jaybird Reign is great for tracking all sorts of activities. If you’re a gym rat, I could totally see using this thing to push yourself to train even more often. If you’re looking to simply lose weight?

For $130-150, you can get more complete bands. They’ll tell time more appropriately, feature apps that are just as solid, battery life that’s just as good and standard features like constant heart rate monitoring instead of only doing it during this Go-Zone scoring. The Reign’s fine, it’s good, it works, but if you’re look for more basic features from your band, the money would be better spent elsewhere.

That set, and I reiterate this, if the convenience of not having to select activities and the super lightweight nature of the band attract you, the Reign could be your jam. It’s a bit pricey for those things, but it does them well.

Disclaimer: Jaybird sent TechnoBuffalo the Reign to review. I used it for two weeks prior to completing this review.