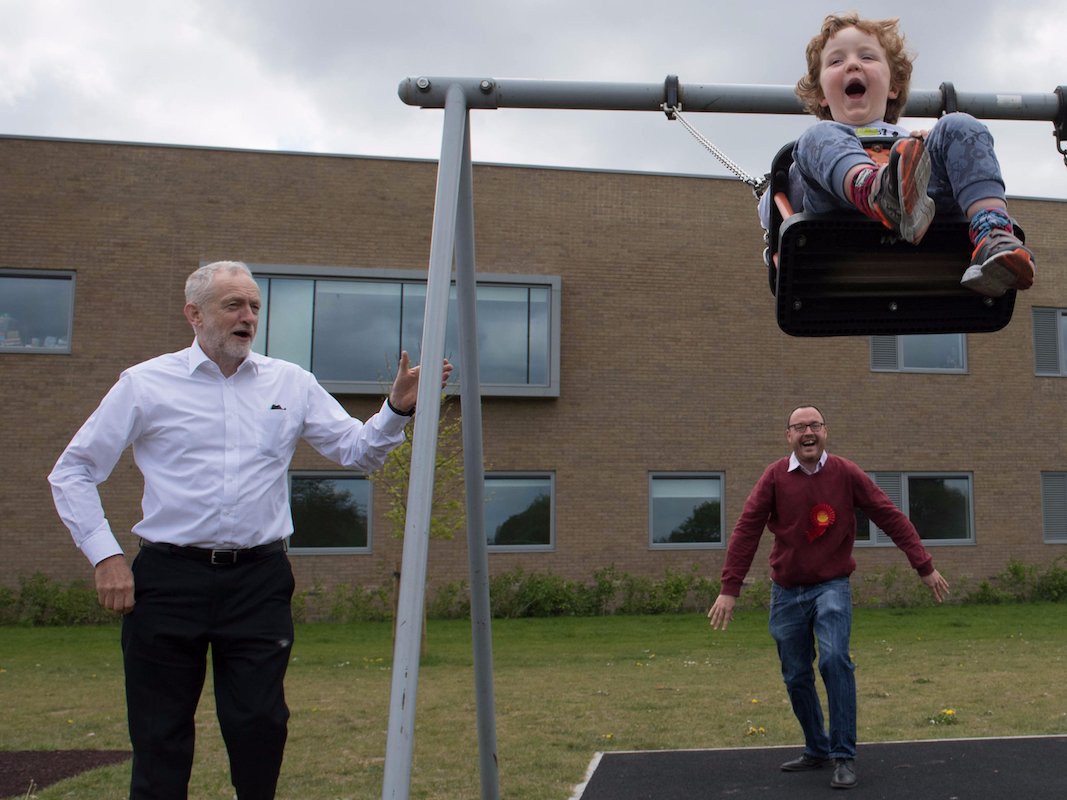 LONDON — Jeremy Corbyn says he has no plans to stand down as Labour leader no matter how the party performs in the forthcoming general election.

Labour lost hundreds of seats in last week’s local elections and opinion polls suggest the party could be in for an even worse day on June 8 when Brits vote in the general election.

Theresa May’s Conservatives had an average lead of 18.1% over Labour in the polls as of Monday evening, according to Britain Elects.

Corbyn, though, said he will be “carrying on” even if Labour suffers a heavy defeat in a month’s time.

“I love it, I’ve spent my life travelling the length and breadth of this country supporting people and I’m doing it all again,” Corbyn said, referring to the two Labour leadership elections he contested in 2015 and 2016.

“This is the third summer running out on the road!”

Corbyn has been accused of avoiding marginal seats that Labour must fight hard to keep retain and instead campaigning in seats either with big Labour majorities or where the party has virtually no chance of winning.

The Labour leader shot down this allegation, telling BuzzFeed he is visiting a range of seats nationwide.

“I’m serious about winning the election,” he said.

“We’re fighting a campaign to win.”

However, the current thinking within Corbyn’s circle is that under-pressure Labour leader can replicate Neil Kinnock, who continued as Labour leader into the 1990s despite suffering defeat at the 1987 general election.

In a speech, he will warn that a victory for the Tories next month would be a victory for “tax cheats, the press barons, the greedy bankers, Philip Green, the Southern Rail directors and crooked financiers.”

He’ll add: “This election isn’t about Brexit itself. That issue has been settled. The question now is what sort of Brexit do we want – and what sort of country do we want Britain to be after Brexit?”