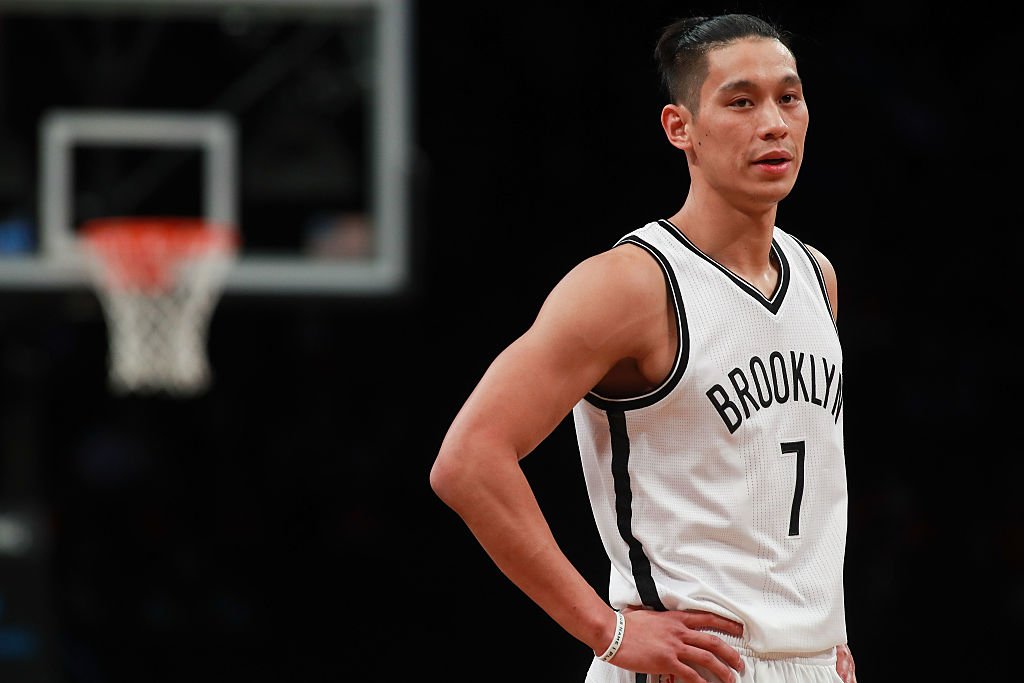 The ugly treatment of athletes from fans became a national topic recently when Baltimore Orioles outfielder Adam Jones said he was taunted with racist slurs while playing the Boston Red Sox at Fenway Park.

While other professional athletes have come forward to say they have experienced similar taunts in Boston and elsewhere, Jeremy Lin of the Brooklyn Nets says his personal experience was much worse in college.

Lin was recently a guest on teammate Randy Foye’s podcast, when he was asked about playing college basketball at Harvard and whether he was ever on the receiving end of racist taunts.

Lin relayed several specific moments in which he was subjected to either racist taunts from fans or racist comments from opposing players and coaches (via Ohm Youngmisuk of ESPN).

“We were playing at Georgetown,” Lin told Foye. “There was one dude courtside, and the whole game he just kept looking over at me and he was like ‘Chicken fried rice! Beef lo mein! Beef and broccoli!’ Like the whole game.”

During one game at Yale, Lin says fans taunted him with stereotypes about Asians.

“We would go to other places, like I was at Yale,” Lin said. “They were like, ‘Hey! Can you even see the scoreboard with those eyes?'”

And it wasn’t just the fans.

“In Vermont, I remember, at one point the coach was like, because I had my hands up while the Vermont player was shooting free throws. Their coach was like, ‘Hey ref! You can’t let that Oriental do that!’ I was like, ‘What’s going on here?’ I’ve been called a ‘chink’ by players in front of the refs. The refs heard it, because they were yelling it. They’re like ‘Yeah, get that out, chink!’ And the ref heard it, looked at both of us and then didn’t do anything … It’s crazy. My teammate started yelling at the ref, ‘You just heard it, it was impossible for you not to hear that. How could you not do something?’ And the ref just pretended like nothing happened. And I was just like, that was when I was like, ‘Yo, this is a beast.'”

Lin said the worst happened at Cornell University where it started to impact his play.

“The worst was [at] Cornell, when I was being called a ‘chink.’ That’s when it happened. I don’t know like, that game, I ended up playing terrible. I ended up getting a couple of charges and just doing real out-of-character stuff [because the taunts were affecting him]. My teammate went and told my coaches, ‘They were calling Jeremy a “chink” the whole first half.’ And I didn’t say anything, because when that stuff happens, I kind of just, I go and bottle up, where I go into turtle mode and don’t say anything and just internalize everything.” Lin says the turning point for him in how to handle the racism came during a conversation with Harvard assistant coach Kenny Blakeney, who played college basketball at Duke.

“He just started telling me this story about when he was playing at Duke,” Lin said. “He would go on the road and he would be eating lunch [outside] and people would drive by and yell N-bombs, and like throw food or drinks at him and stuff like that. When he shared that story with me, I was like ‘This isn’t even bad what I am going through.'”

Lin went on to explain that it taught him how to deal with racism because it taught him to “internalize” it so that he could turn the negative energy into something that motivates him and to not let the taunts cause him to play “out of character.”

According to Lin, when he got to the NBA, he thought “this is going to be way worse,” but says it turned out to be “way better” and that “everybody is way more under control.”

He did say there are still some fans who will say “smaller stuff,” but it calls it “not a big deal” because now the racism “motivates me in a different way.”