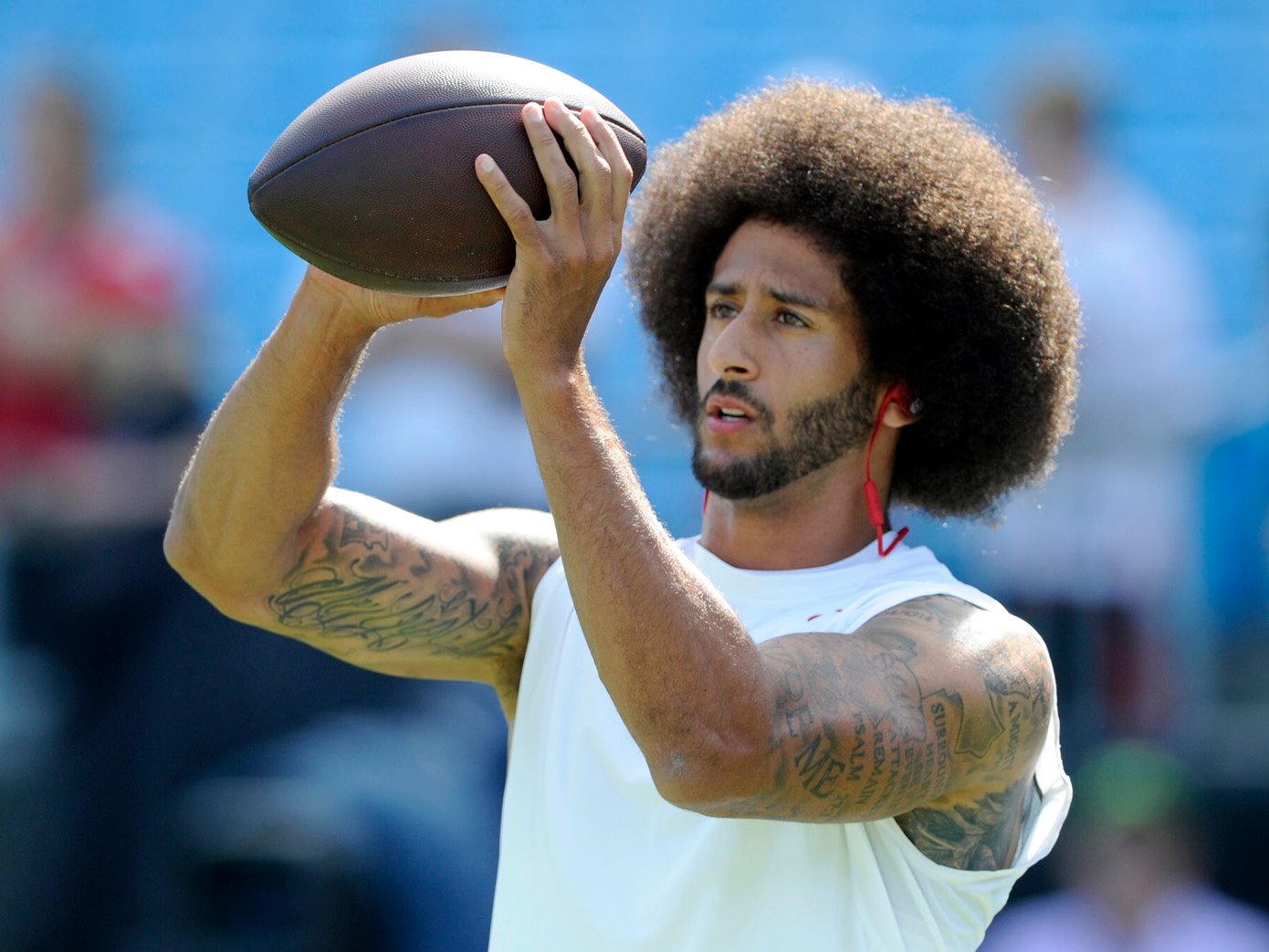 On Wednesday it was reported that quarterback Blaine Gabbert has agreed to a contract with the Arizona Cardinals to be a backup.

For Tim Kawakami of the Mercury News, this was the final straw in the debate over whether Colin Kaepernick is being blackballed by NFL teams.

According to Kawakami, who regularly covers the San Francisco 49ers, there is no good reason for Gabbert, who lost his starting job to Kaepernick during the 2016 season, to get an NFL job before Kaepernick.

The football excuses most often cited for a player like Gabbert signing before Kaepernick are that Kaepernick: 1) no longer has the desire to be a football player; 2) is not in football shape; and 3) is making unreasonable demands in free agency, demands that allegedly include a starting job and a salary of at least $10 million.

Kawakami spoke with several sources and says these excuses are all hogwash.

On whether or not football is still a priority for Kaepernick.

Peter King of theMMQB.com recently reported that some in the 49ers front office think “Kaepernick might actually rather do social justice work full-time than play quarterback.”

Kawakami says that is not true.

I’ve been told by several sources who speak to him often that Kaepernick wants to play this season,” wrote Kawakami. “And more than just this season … If you know him at all, you know he loves playing football.”

On whether or not Kaepernick is in footballshape.

Kaepernick lost “a ton” of weight prior to the 2016 season. While some thought this was due to his newfound vegan diet, Fox’s Jay Glazer said it was the result of multiple offseason surgeries.

That weight loss severely impacted Kaepernick’s play in 2016, and even kept him out of the starting lineup to start the season as head coach Chip Kelly wanted him back closer to his playing weight before making him the starter.

According to Kawakami, Kaepernick has gained all the weight back.

“Kaepernick is in very good physical shape, back up to 230 pounds — ‘his 2013 playing weight,’ I was told repeatedly yesterday,” Kawakami wrote. “And any speculation that he’s out of a football regimen due to his vegan diet is not correct, at least as far as muscle mass.”

On reports that Kaepernick is making unreasonabledemands.

John Lynch, the new general manager for the 49ers, recently told KNBR (via USA Today) that Kaepernick was “very close to signing a deal with a team at a really good number,” but that it “fell through.”

According to Kawakami’s sources, that is not only not true, but that Kaepernick has not had a single “serious” contract discussion with any team. And if he hasn’t had any discussions, it is impossible for him to make any unreasonable demands.

“A source tells me that Kaepernick to this point has had no serious talks with any team about a contract and has had no meetings, which means he has not demanded a starting role or a $10M salary or a $5M salary or any of the other things circulating among the NFL gossip mill recently … There is zero evidence that any team has come anywhere close to signing Kaepernick, and a source close to Kaepernick told me yesterday that they have not discussed even general money terms with anybody this offseason. And Kaepernick is not demanding a guaranteed starting role. How could he if he hasn’t had a single serious conversation with a team?“

Many of these points are echoed in a column by Charles Robinson of Yahoo Sports, who notes that “not a single franchise has been confirmed to have even called about Kaepernick.”

This, along with the signing of Kaepernick’s former backup, has led Kawakami to speculate that Kaepernick is indeed being black balled by NFL teams because of his national anthem protest.

Kawakami agrees that this is not a full-fledged collusion on the part of NFL teams. However, he calls it a “whisper campaign,” that begins with members of the 49ers front office who may have an axe to grind with Kaepernick, and goes through the media, “warning anybody who might even be thinking of signing him that there will be some kind of PR and NFL establishment hell to pay” if they do.

SEE ALSO:Derek Jeter was ‘beside himself angry’ over viral interview because he didn’t know he would have to do it with Alex Rodriguez

DON’T MISS:How Manu Ginobili transformed from a little-known second-round pick into a huge part of the Spurs’ legendary dominance