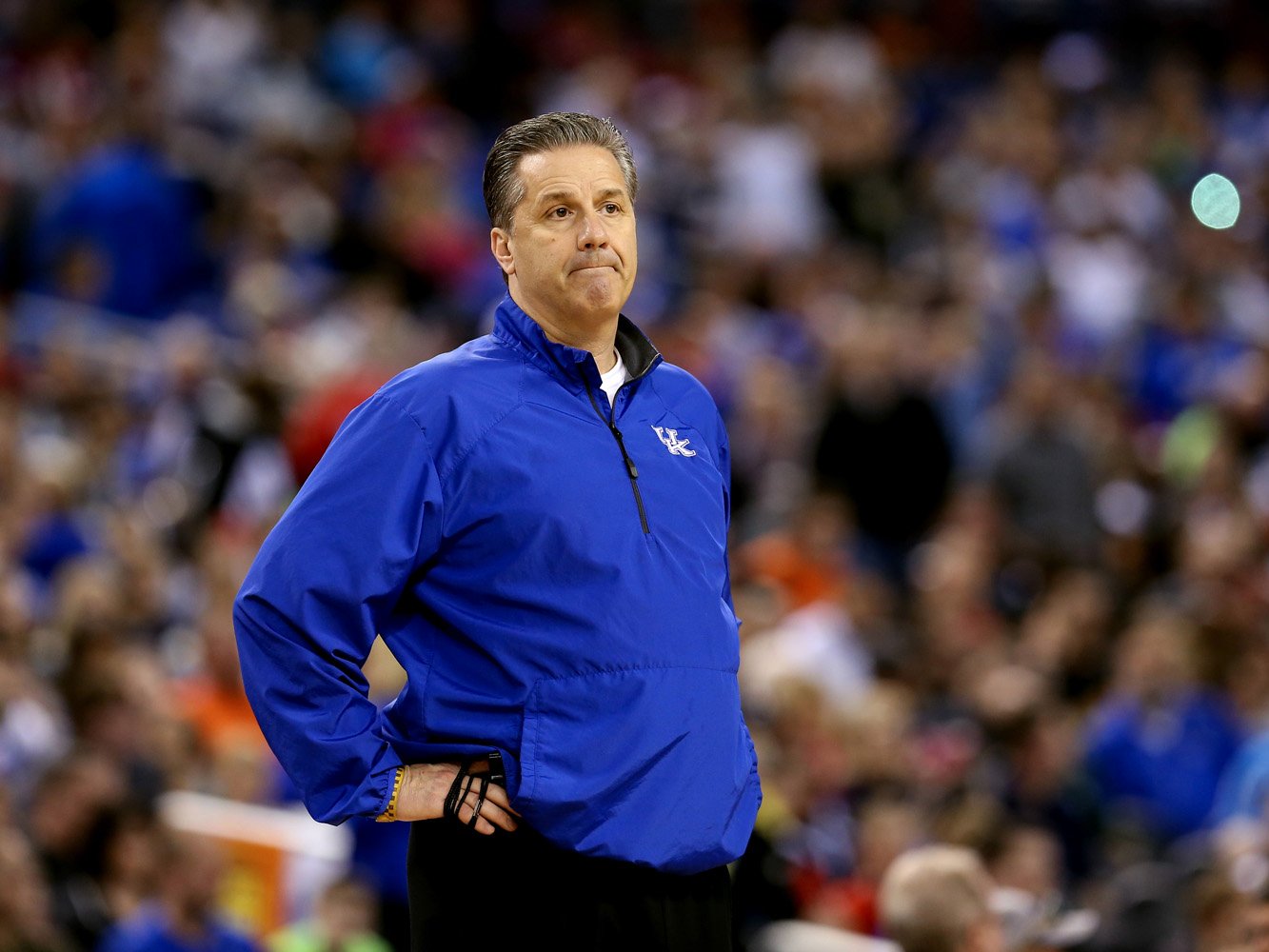 John Calipari is once again being courted to the NBA.

According to Yahoo’s Adrian Wojnarowski, nabbing Calipari will come at a cost — a ten-year, $120 million contract.

Calipari had previously been linked to the Sacramento Kings when they were weighing bringing Calipari aboard. According to Wojnarowski, Calipari told the Kings it would take an offer of at least $11 million per year to make him consider leaving Kentucky, where he makes between $8 million and $9 million per season.

Wojnarowski notes that Calipari wants to be paid like Phil Jackson, the Knicks president who signed a five-year, $60 million deal in 2014. His selling point will be as a recruiter to the numerous Kentucky players, namely DeMarcus Cousins and John Wall, who will become free agents when the Nets have cap space.

However, paying Calipari that type of contract could give teams pause. As Wojnarowski also points out, the Nets previously wowed the NBA world in the 1990s when they lured Calipari from University of Massachusetts to the Nets for a five-year, $15 million contract.

Those sorts of contracts are commonplace now. Warriors coach Steve Kerr and Knicks coach Derek Fisher — two rookie head coaches who were hired in 2014 — both signed a five-year, $25 million deals with their teams.

The only coach that comes close in annual pay is Gregg Popovich, who reportedly makes about $11 million annually as the Spurs head coach. Yet Popovich has also coached the Spurs to 18 straight playoff appearances and five championships.

Calipari, meanwhile, had a largely unsuccessful stint in the NBA with the Nets, going 72-112 as head coach with only one winning season in three years. According to Wojnarowski, Calipari does wish to redeem his record in the pros.

If there’s one team who might be willing to go after Calipari at that kind of price, it’s the Nets, who under Mikhail Prokhorov, have been willing to spend whatever it takes to try and win.