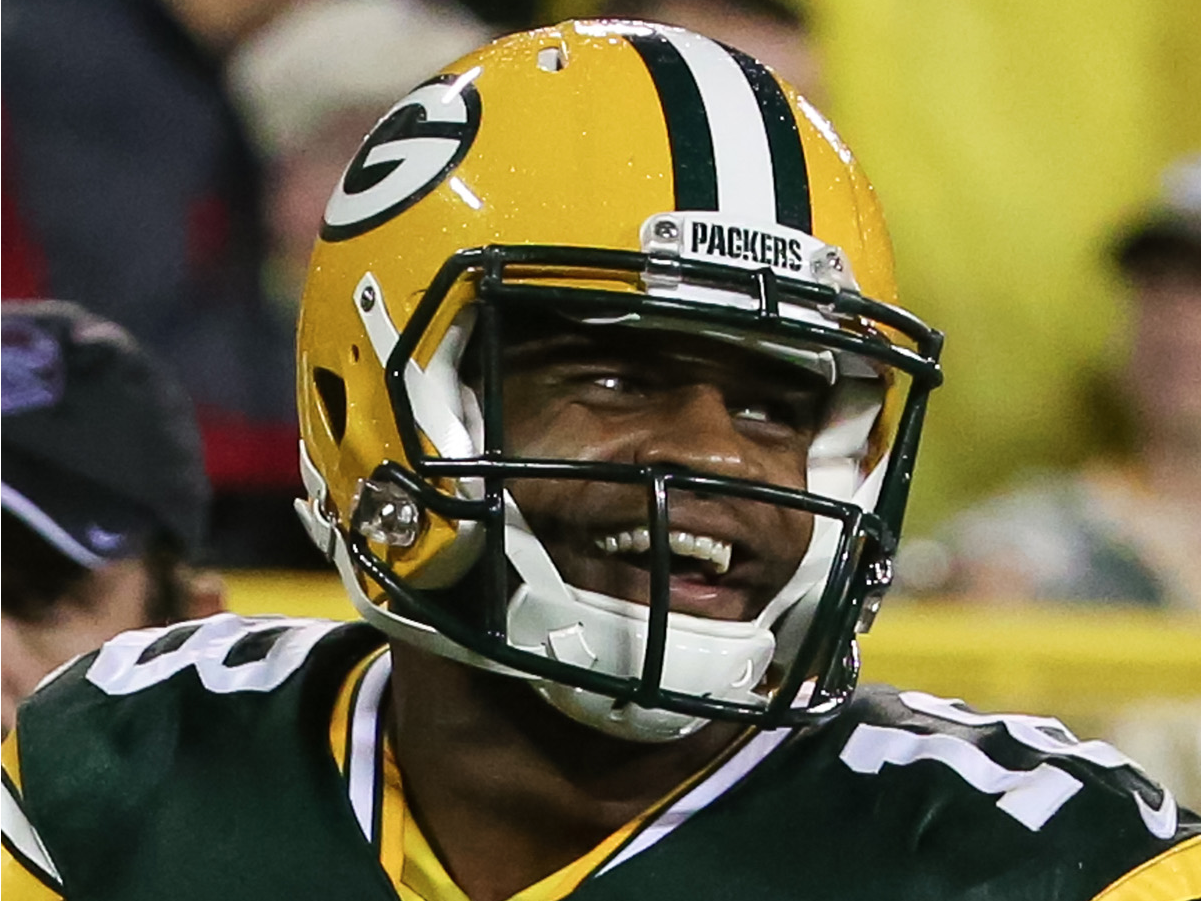 Jonathan Daniel/GettyRandall Cobb had a brief message for Kirk Cousins and the Washington Redskins.

The Green Bay Packers overcame an early 11-0 deficit on Sunday to defeat the Washington Redskins and advance in the NFC Playoffs.

In doing so, the Packers not only seemed to revive their own lethargic season, but they took the wind out of the sails of the Redskins.

In some ways, Washington was the new “it” team coming into the playoffs after surprising the NFL world by winning the NFC East behind Kirk Cousins’ breakout season.

So, after vanquishing Washington, Packers’ receiver Randall Cobb took an opportunity to rub the win in the faces of Cousins and the Redskins, yelling Cousins’ trademark phrase:

It wasn’t the only taunting Cousins heard Sunday night. Packers fans also chanted “You like that” at Cousins as the game was winding down.

Cobb could get into a bit of trouble, however. According to NFL.com’s Jeremy Bergman, Cousins filed a trademark on “You like that” in December as it became the rallying call of Redskins fans.

The Packers have more football to play, but Cousins is due for a big contract this offseason, and he might make a few more bucks from Cobb stealing his phrase.