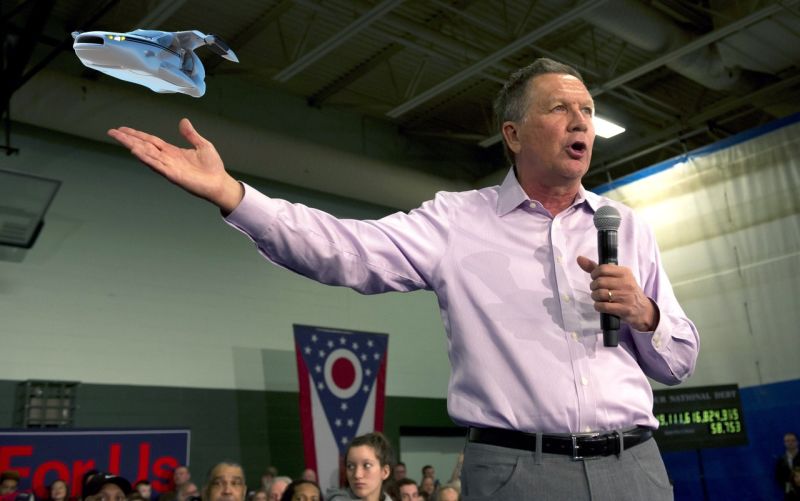 John Kasich held a town hall meeting in Mansfield, Ohio this weekend where he told a crowd the one thing we’ve been waiting to hear from a presidential candidate: The flying car is on its way.

“Since I’ve been governor, we have added more than 60,000 manufacturing jobs in Ohio,” [Kasich said].

He said he can’t wait until we get the self-driving car. “I knew we’d have a flying car when I watched ‘Chitty-Chitty Bang-Bang,” he added.

So there you have it. Kasich doesn’t exactly explain how he knows we’re going to be getting a flying car. But this vaguely worded, out of context quote is enough for me! He’s got my vote on Super Tuesday 2!*

*I live in California so I can’t actually vote for John Kasich this Tuesday but we don’t actually have flying cars coming anytime soon either so I guess that makes us even.