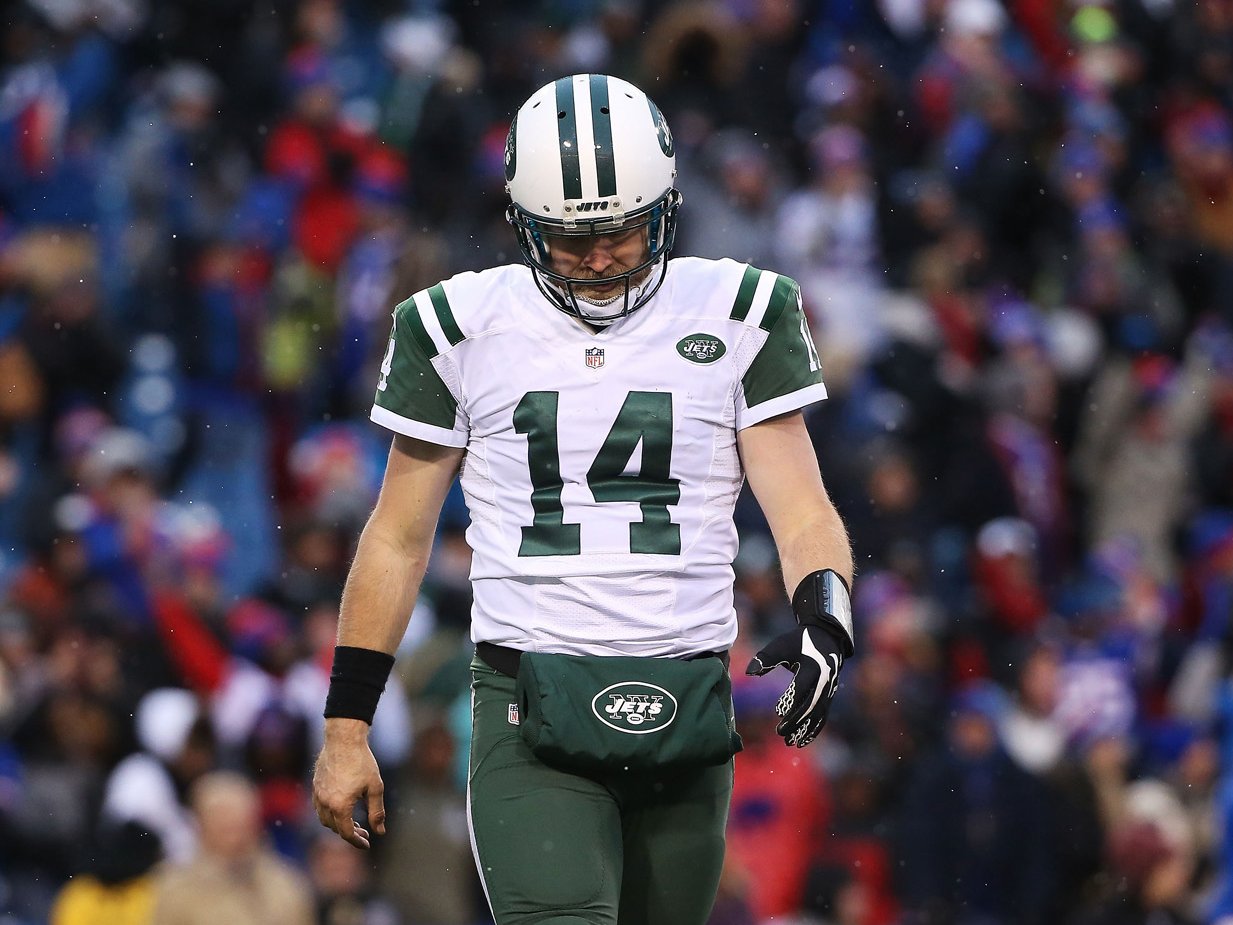 The Texans made two big moves in free agency, and it should scare the rest of the NFL

Ryan Fitzpatrick’s solid season with the Jets was one of the unexpected developments of the 2015 season.

Fitzpatrick came in as the second-string quarterback, took over as starter after Geno Smith broke his jaw, then rode out the season, nearly leading the Jets to the playoffs before a Week 17 collapse.

Fitzpatrick’s season was one of his best, as he set career-highs in passing yards, touchdowns, and wins while posting one of the lowest interception rates of his career.

Though the Jets missed the postseason (in part because Fitzpatrick suffered a meltdown in Week 17), both sides said they would like a reunion when the season ended and Fitzpatrick headed toward free agency.

Two months later, things are not shaking out as planned for Fitzpatrick.

Early on in free agency, reports indicated that Fitzpatrick and the Jets were far apart on a deal. On Monday, Sports Illustrated’s Peter King elaborated on how far apart they are:

“Close as I can figure, the Jets have an offer of slightly more than $7 million per year on the table for Fitzpatrick…. There is zero urgency to get this contract done now. Jets GM Mike Maccagnan will bring up his offer, in time, to something in the $12-million-a-year range, if he’s being fair. Until then, Fitzpatrick and his agent, Jimmy Sexton, should sit back and hope the phone call from Denver or San Francisco or Cleveland comes with some interest.”

King states this early in the offseason, there’s no pressure on the Jets to immediately jump up to Fitzpatrick’s desired salary.

It’s unclear what Fitzpatrick is asking for, but ProFootball Talk’s Mike Florio explains that the Jets’ eventual-increased offer would still make Fitzpatrick one of the lowest-paid, veteran quarterbacks:

Florio adds that Fitzpatrick may feel spurned by the Jets, and if another team makes him a similar offer, he may accept it before the Jets get the chance to match.

However, ESPN’s Adam Schefter reports that Fitzpatrick’s agents and the quarterback-needy Broncos spoke, and the Broncos came away dissuaded by Fitzpatrick’s asking price. Denver will reportedly “monitor” Fitzpatrick’s situation, but it doesn’t sound like they’re making him a priority.

It’s a brutal reality for Fitzpatrick, who despite a solid season, doesn’t appear to have impressed enough people. Prior to 2015, Fitzpatrick had a spotty record as a starter — competent, but not a franchise-staple quarterback — and it seems one solid season hasn’t won them over. Even in a dry quarterback free agent market, Fitzpatrick is seeing teams don’t want to match what he thinks his value is.

In an offseason where Brock Osweiler got $37 million guaranteed after only seven career starts, it’s been a rough go for Fitzpatrick, who seemingly hasn’t shed his journeyman label.