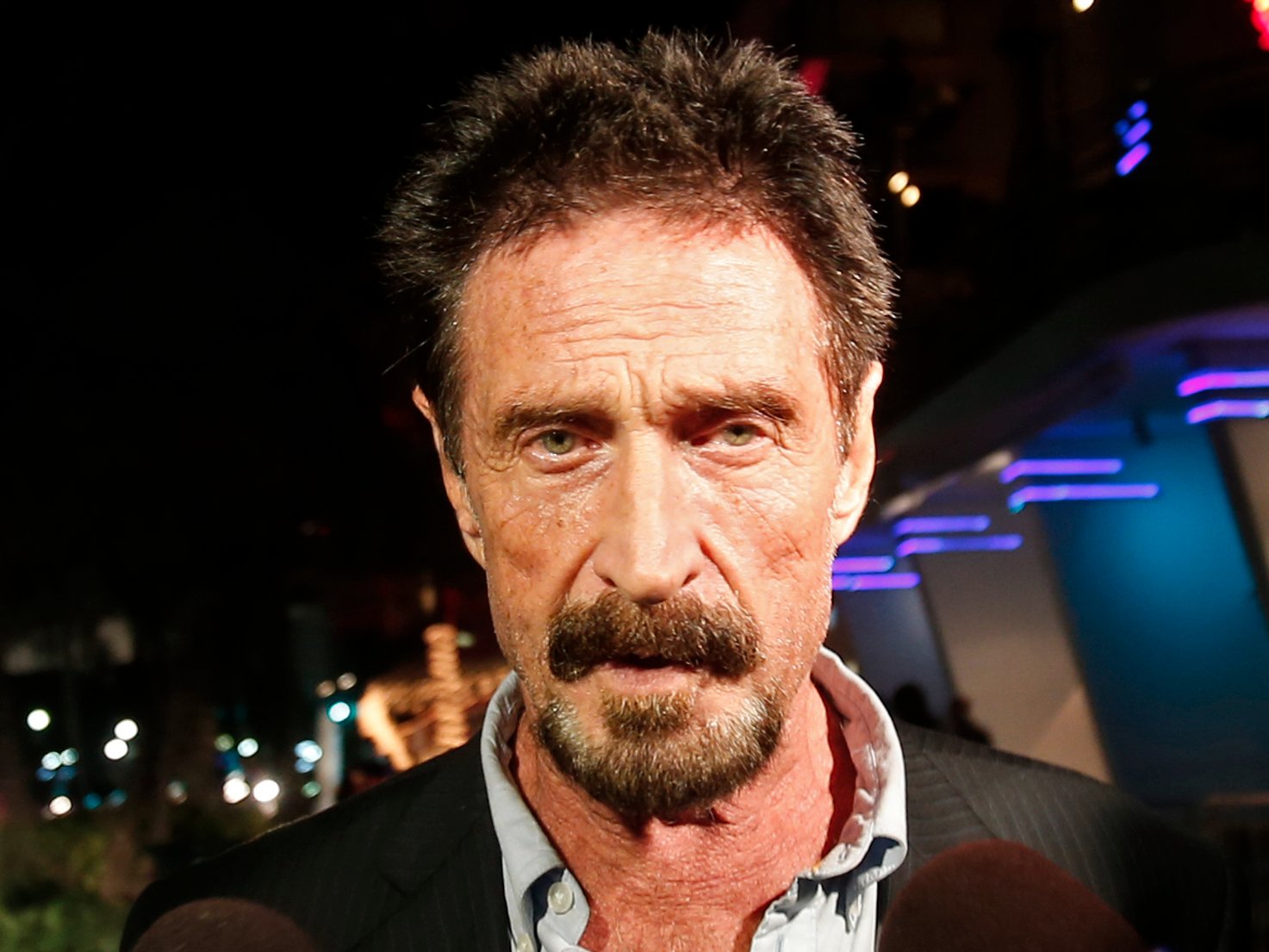 John McAfee is running for president as a member of the Libertarian Party. This is an op-ed he wrote and gave us permission to run.

Last week, the Obama administration sent a high level delegation to Silicon Valley to lobby for back doors into software and to urge companies not to develop unbreakable encryption. Apple CEO Tim Cook lashed out at this delegation, criticizing the White House for a lack of leadership and asking the administration to issue a strong public statement defending the use of unbreakable encryption.

I believe that the Obama administration has no real grasp of what “privacy” really means.

Each and every one of us invokes a subconscious privacy filter hundreds of times each and every day. When we speak to the checkout clerk at a store, we are likely to restrict the conversation to the weather, the price of tomatoes or some similar surface topic. We are not likely to discuss the intimate details of what transpired in a bachelor party the night before.

With our close friends we might divulge more secret aspects of our lives. With our boss we are likely to discuss nothing that might negatively affect our next raise or possible promotion. With our spouses, we might possibly divulge everything.

We privatize differently for each person or agency in our lives. Otherwise our society would turn to chaos. We are imperfect creatures, filled with greed, jealousy, anger, fear, envy and hatred — as well as grace, love, hope and compassion. But it is our propensity to judge our fellow humans that is the true problem. If everyone, knew everything about everyone else, riots would ensue — beginning with a rash of spousal shootings.

Private communication systems have been around since the beginning of human culture. Many are still in use today and are used almost universally. My wife uses them to great effect. A discrete whisper in my ear while we are at a dinner table with friends, promising provocative events at home if we leave immediately, has many times caused me to manufacture some emergency that forces us to leave posthaste.

Likewise, private hand signals and facial expressions at a crowded party signal the same promise, and I thus act accordingly.

In business meetings, a gesture or some other private signal, or simply a notable statement from a random person might cause one of the participants to excuse themselves and talk privately outside. Private communications have saved my property, my businesses and even my life more times than I care to count. On my first trip to Kathmandu as a very young man I encountered a charming and charismatic Asian man who invited me on a private trip to Pokhara to visit his family homestead. His name, he said, was Charles Sobhraj. I was enthralled.

A gentleman sitting at the same restaurant overheard the conversation and when Charles left momentarily to visit the restroom, the gentleman leaned over and quietly said: “Do not go with this man. He will kill you and take your money.” He looked me hard in the eyes, and then he leaned back and continued his meal. I was dumbfounded. The man spoke with such grave conviction that I declined Charles and quickly returned to my hotel. Sobhraj was arrested a year later and charged with the murder of dozens of foreign tourists. Look it up.

Most of my private communications have not had such dramatic consequences, but discrete whispers in my ear have more than once caused me to avoid situations that might have cost me my life. As to my property, including money, I could never have acquired or maintained what I have without, literally, tens of thousands of private communications.

A simple thing like an invention that has not yet been patented requires that as few people as possible know about it, and meetings between these people must be held in secure locations in absolute privacy. While developing the world’s first software-based voice recognition system, which I later named “VoiceCommand,” the developers and myself met in an abandoned warehouse in Santa Clara, California, to work on the design and finalize the product.

I did not patent the product. I instead sold it to Interstate Voice Products in Southern California for what was at the time a small fortune. If someone had discovered the design early on by eavesdropping on these meetings, I might well have been preempted and all of my work would have been in vain.

So far I’ve only mentioned time-honored means of private communications between people in the same room or in visual proximity. What happens when distance, in either time or space, is involved? Distance does not obviate the need for private communications. This is surely self-evident. But distance certainly complicates things. Today I use Chadder as my secure messaging app. Why? Because no one, and no agency can possibly, ever, break into it. I know you think I’m saying this because I had a hand in it. You are wrong. Time will prove it.

In any case my wife also uses Chadder, so that while she is getting her hair done in the town next door she can text me some enticing suggestions that motivate me to stop what I’m doing and make sure the bedroom is in romantic order.

If these enticing suggestions were to be read by someone else, the world probably would not come to an end. What my wife and I do behind closed doors is perfectly legal, at least in the State of Tennessee, and there would be limited repercussions. But my private business communications, and communications between myself and my lawyers, my bankers, my political affiliates, my spiritual counselor, my product developers, my close friends, my doctors, etc., must absolutely be private, otherwise chaos would ensue.

In this age of communications that span both distance and time, the only tool we have that approximates a “whisper” is encryption. When I cannot whisper in my wife’s ear or the ears of my business partners, and have to communicate electronically, then encryption is our tool to keep our secrets secret.

If encryption is banned, or if back doors are put into encryption products, then from sheer embarrassment alone, a communication channel between my wife and myself — a channel that many marriage counselors deem vital to the health of a marriage — will be severed.

Can you imagine, then, the impact on the health and vitality of our world’s commerce. And if encryption is thus controlled will we all require the government’s approval to whisper into the ears of our wives, friends and business associates? Will whisper auditors be the next up-and-coming government occupation?

My wife just texted me. I must stop here.

SEE ALSO:JOHN MCAFEE: Jeb Bush is a smart man, but his views on cybersecurity depress me