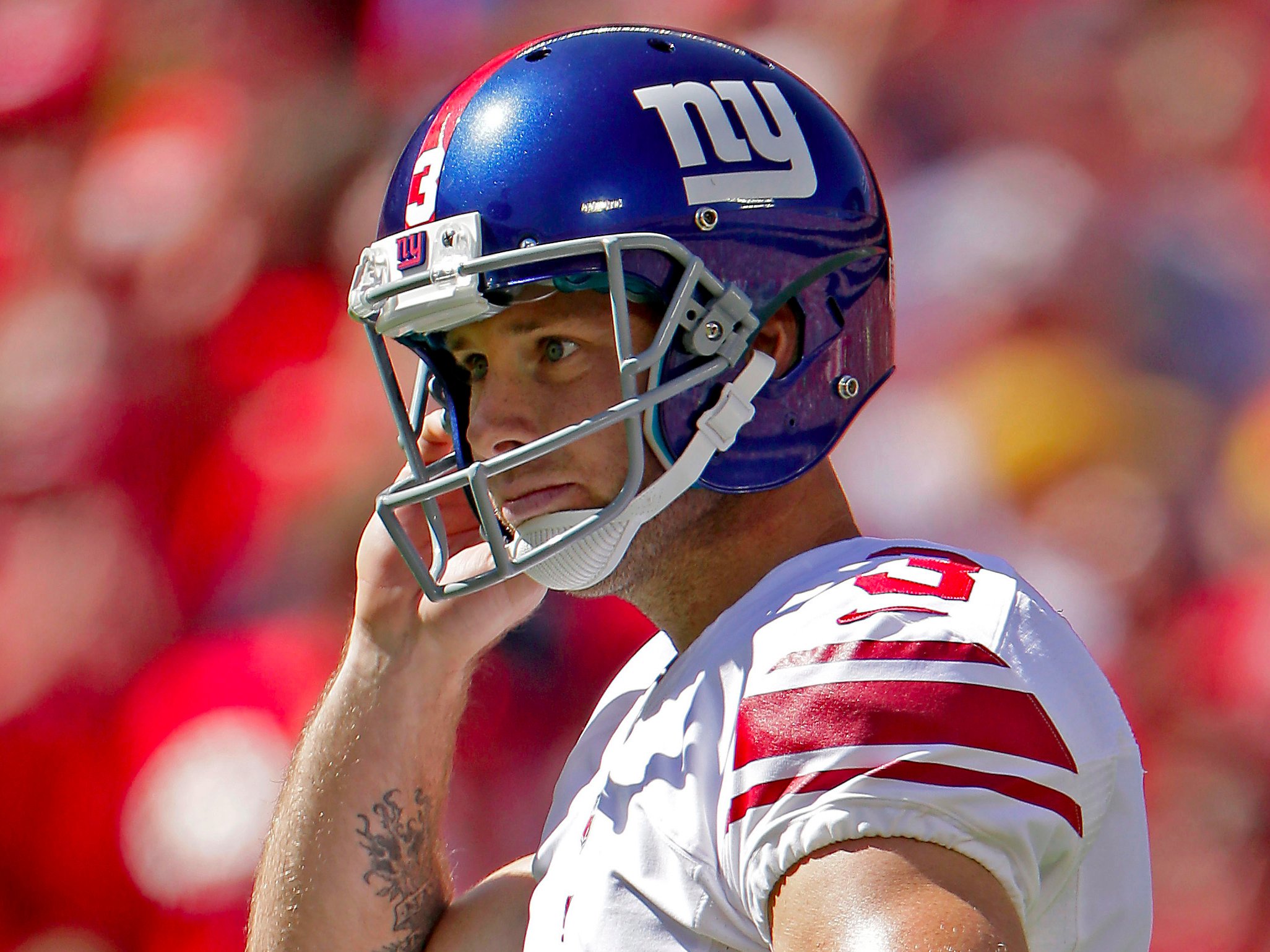 Kicker Josh Brown has been released by the New York Giants, the team announced Tuesday.

The Giants had come under fire for how they handled a 2015 domestic-violence case involving Brown, with questions over what they knew and when. The NFL had suspended Brown for one game before more evidence of domestic abuse became public last week.

“We believed we did the right thing at every juncture in our relationship with Josh,” Mara wrote. “Our beliefs, our judgments were misguided. We accept that responsibility.”

Brown had issued a statement earlier Tuesday saying he “never struck my wife.”

“I am sorry that my past has called into question the character or integrity of The New York Giants, Mr. Mara or any of those who have supported me along the way. I have taken measures to get help so that I may be the voice of change, not a statistic. It is important to share that I never struck my wife, and never would. Abuse takes many forms, and is not a gray area. Through the past several years I have worked to identify and rectify my own behaviors. The road to rehabilitation is a journey and a constant modification of a way of life. My journey will continue forever as a person determined to leave a positive legacy and I embrace the opportunities to show and speak about what has helped me to be that man. In the interim, I am cooperating with the Giants and the NFL. Thank you to everyone that has supported me, I will not let you down.”

After the Giants released Brown, he issued a second statement that contained several similar parts, though it did not contain the two sentences denying that he had struck his wife.

The Giants’ decision to release Brown comes one week after new evidence emerged showing that Brown had admitted in a journal to physically abusing his wife. The NFL then announced it would reopen its investigation into the kicker, and the Giants announced that Brown was being dropped from their active roster and would not accompany the team to London, where they will played the Los Angeles Rams on Sunday.

Brown was initially placed on the commissioner’s exempt list, which allowed Brown to continue to receive his $1.15 million salary.

With Brown’s time with the Giants now over, some observers are speculating that his NFL career is over as well. Both Chris Mortensen and Schefter have expressed skepticism that Brown will ever return to the NFL.

“Sources say Brown has kicked his last kick with the Giants, and probably in the NFL,” Mortensen said when Brown was dropped from the active roster, via ESPN Radio.

Schefter echoed the same sentiment on Tuesday, suggesting on Twitter that there was a “real chance he never again kicks in NFL.”

SEE ALSO:How both the Seahawks and the Cardinals blew chances to win the wackiest game of the NFL season