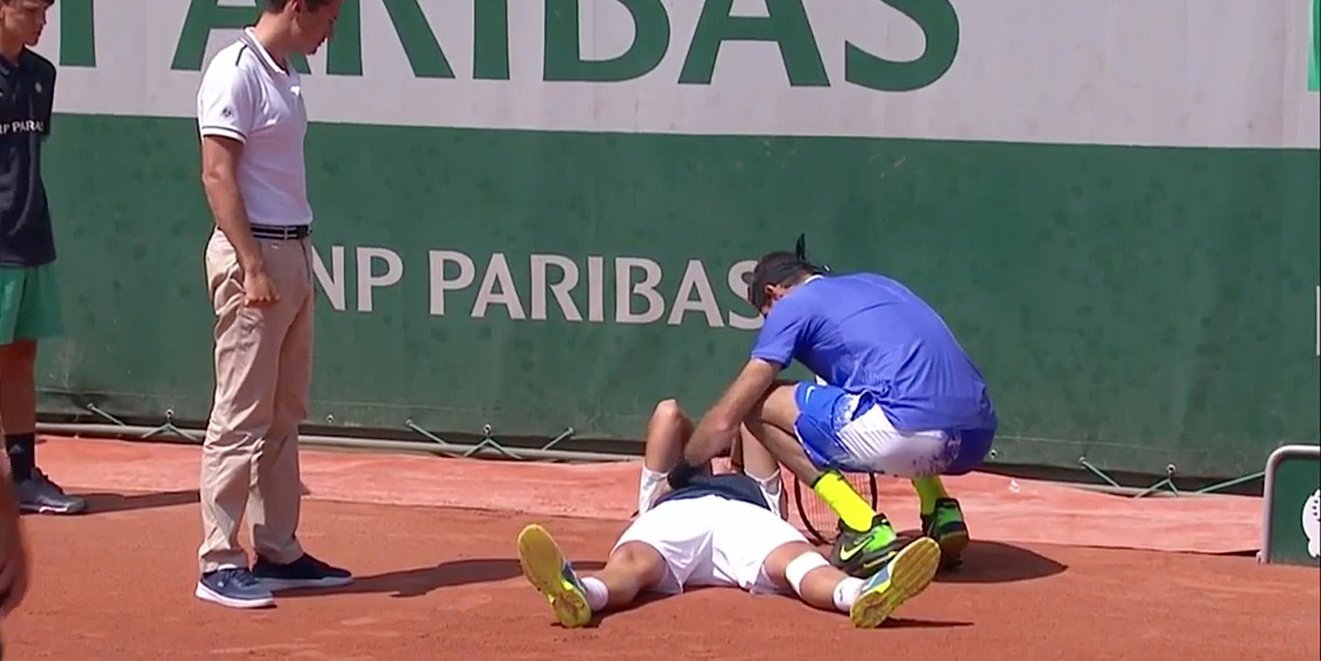 A heartwarming scene took place during the French Open on Thursday when world No. 29 Juan Del Potro put competition to the side to help an opponent.

During the third set, tied at 1-1, Nicolas Almagro, who had to withdraw from a match in Rome last month because of a knee injury, made no attempt to return one of Del Potro’s serves.

Almagro, clearly hurt, instead stood completely still, doubled over, and started to sob, presumably out of frustration.

As the stadium could hear Almagro’s sobs, Del Potro walked over the net and began consoling his opponent.

After the match, Del Potro explained what he said to Almagro:

“It’s an unpleasant feeling. You have a player who is suffering quite a lot. He was in agony. It was tough. I told him that tennis is important, but health matters more than tennis in this case, because I want him to be out of his bad patch.”

Del Potro was also battling his own injury struggles, adding, “Today I think I got lucky, because I don’t feel good enough with my body, and then Nico felt something wrong in his knee and he decide to retire.”