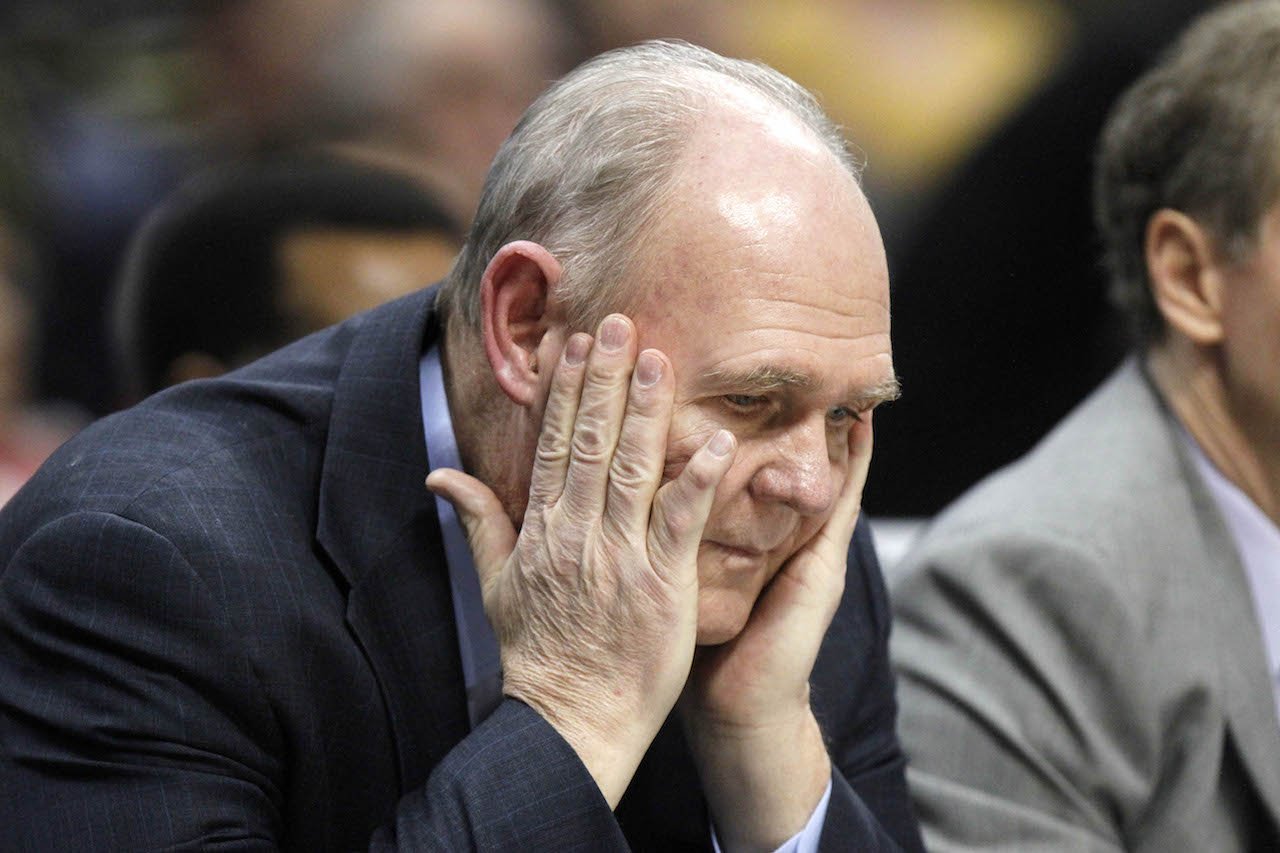 The Sacramento Kings — who as recently as Monday were set on firing head coach George Karl — are now reportedly sticking with Karl as head coach for the remainder of the season. ESPN’s Marc Stein first broke the news.

The news comes after reports that Karl and general manager Vlade Divac had a lengthy and productive meeting on Tuesday, during which they discussed improving the Kings abysmal defense, which has surrendered an average of 125 points over its last three games.

On Monday, with news that Karl’s firing was imminent, The Vertical’s Chris Mannix broke down at length the rampant dysfunction in Sacramento. Since purchasing the team in 2013, owner Vivek Ranadive had fired three coaches; Karl was expected to be the fourth, having reportedly lost the respect of the roster and the front office.

Last summer, Ranadive had hired Divac to be G.M. last summer despite the fact that Divac had no front office experience, and Divac’s inexperience has shown. He lost numerous assets in a trade with Philadelphia that gave Sacramento practically nothing, and prior to the season reportedly asked his players if he should fire Karl.

As of Tuesday, Karl has somehow managed to save his job, even if the aforementioned dysfunction is still dragging the Kings out of playoff contention in the Western Conference.

Adrian Wojnarowski reported that Divac was the one who talked Ranadive out of firing Karl.

Kings never decided to fire Karl, which is why…they didn’t fire him. Ranadive leaned toward dismissal, but Divac talked him out of it.

Statement from GM Vlade Divac on decision to keep George Karl: “George will remain our coach and we are collectively working on our issues.”