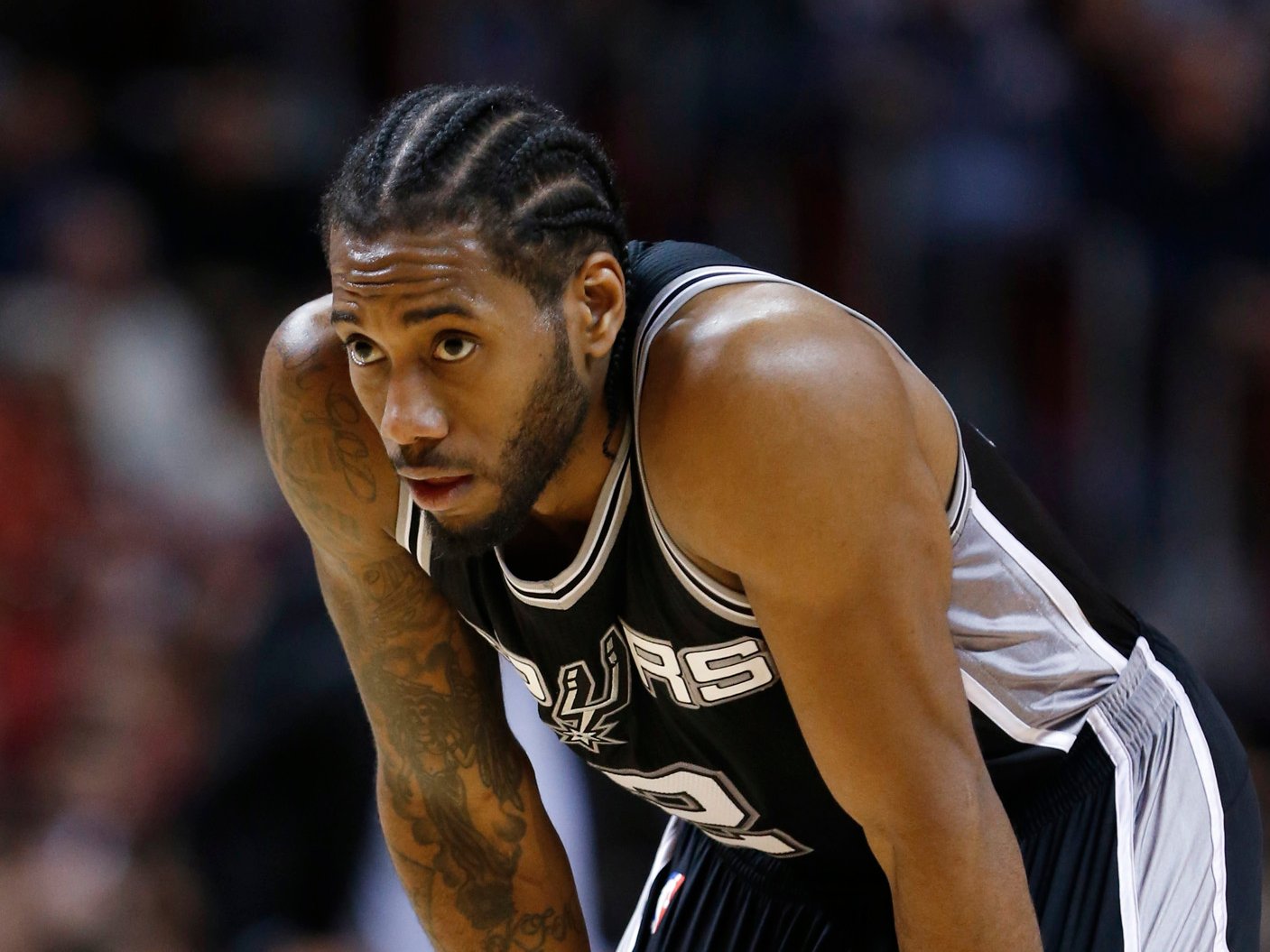 The San Antonio Spurs spent five years turning Kawhi Leonard into the monster he is today.

It has been a gradual ascent for Leonard, who first entered the national radar in 2014 when he shut down LeBron James in the NBA Finals and won Finals MVP.

He won Defensive Player of the Year last season, and he has since developed into one the best two-way players in the NBA, if not one of the best players period.

Sports Illustrated’s Lee Jenkins profiled Leonard, describing how coach Gregg Popovich and the Spurs emphasized that as a young player Leonard would earn playing time by honing his defensive skills. Physically gifted to begin with, Leonard took it upon himself to become a menace on the defensive end.

Jenkins writes about the training Leonard went through to achieve that goal:

Popovich informed Leonard that his defense would determine his minutes. [San Diego State University strength coach Randy] Shelton, who also trains professional football players, treated Leonard like a shutdown corner. Shelton made him backpedal through speed ladders, wiggling his hips and cycling his feet, as if shadowing a receiver running post patterns. In his second season, Leonard averaged more than 30 minutes as he began to anticipate sets and diagnose pick-and-rolls. “I look at film,” he explains, “but more than watching individual players, I’m trying to watch a team’s whole offensive scheme. I’m trying to know their tendencies so I can … guess. That’s what it comes down to, really, making the best guess. I’m trying to change up their scheme.”

This is not unlike a cornerback in football, who is often trying to guess a receiver’s routes. The best cornerbacks accurately guess, stay glued to the receiver the entire time, and ultimately shut him down.

As Jenkins notes, some of the top scorers in the NBA have gone at Leonard this season and failed. Kevin Durant shot 6-for-19 against him; Carmelo Anthony shot 4-for-17; Paul George shot 1-for-14.

The mark of a great defender, however, can be how little players go at them on defense, much as how a cornerback can prevent a quarterback from even throwing in his direction. Jenkins notes that Leonard ranks in the top 10 in the NBA in “prevent” defense, which measures how players stop opponents from getting touches, shots, and points. For this reason, Leonard has guarded in isolation for only 58 possessions this season, according to NBA.com/stats. Some people simply refuse to go at him.

Other times, he doesn’t let players get the chance.

“I have no idea what scouting report they give him, but he knows every play, and he takes no breaks,” Clippers guard J.J. Redick told Jenkins. “I’m still going to run my stuff. I’m going to be aggressive. I’m going to work for my shot. But I have to recognize he’s probably not going to make any mistakes, and I may only get a shot or two in a quarter. I have to be OK with that.”

Leonard’s work has clearly paid off, as he’s become the face of the No. 1 defense in the NBA.