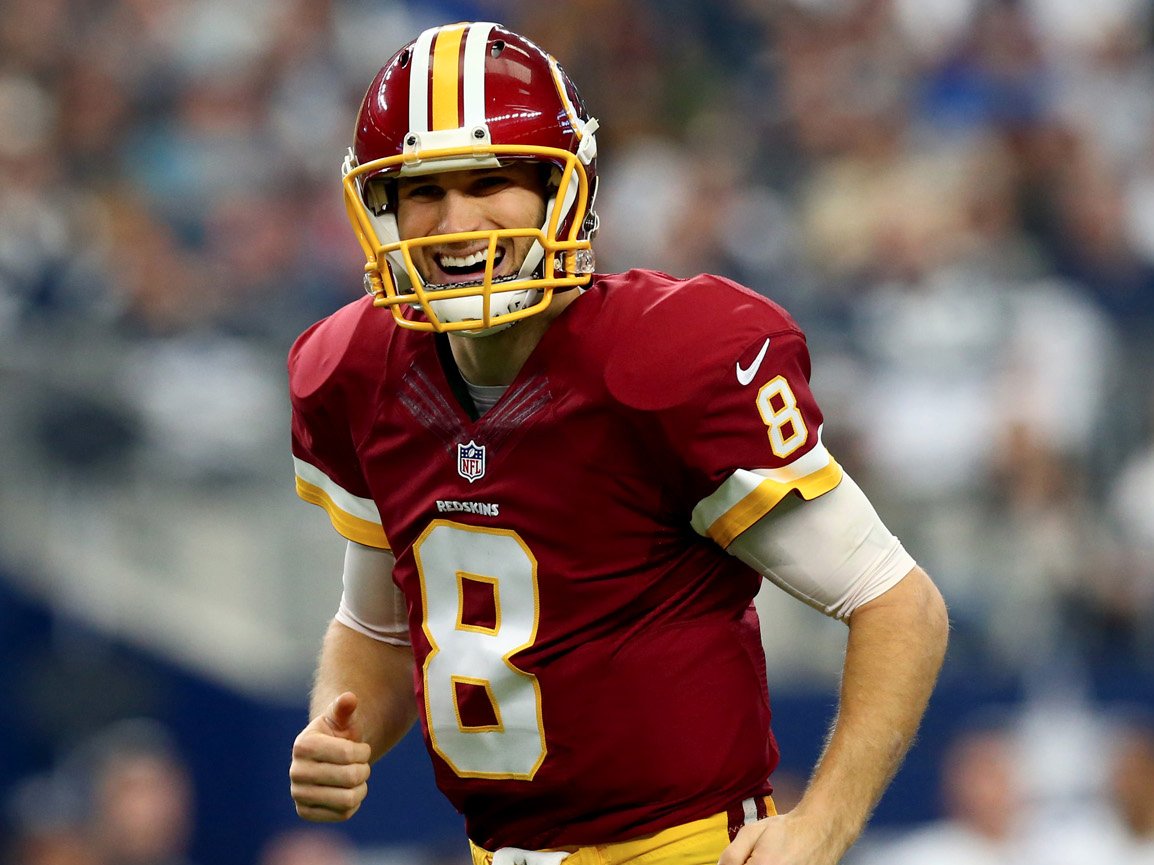 Ronald Martinez/GettyKirk Cousins is a happy man after signing a $19.9 million franchise tender.

Kirk Cousins’ breakout year with the Washington Redskins was one of the unexpected developments of the 2015 season.

On Wednesday, Washington rewarded Cousins’ play by placing the franchise tag on him, worth $19.95 million for 2016.

As ProFootball Talk’s Michael David Smith wrote on Thursday, Cousins, amazingly, has the chance to have the highest base salary in the NFL this season.

Currently, Cousins’ $19.95 million base salary is second behind Ndamukong Suh’s $23.48 million base salary. However, Suh is expected to restructure his deal with the Dolphins this offseason, which would could push Cousins to the top.

Of course, it’s worth noting that base salary is only one part of a contract — Cousins would not be the highest-paid quarterback in the NFL. Joe Flacco just signed a contract extension that lowered his base salary and cap hit, but, with bonuses, will pay him $44 million this season. Other quarterbacks will also get higher bonuses, even if their base salaries and cap hits are lower than Cousins’.

Still, it’s a wild jump for Cousins, who just last August was a backup behind Robert Griffin III. After a poor preseason (and more injuries) for RGIII, Cousins got the start for the season, though not to unanimous support. Cousins struggled for the first half of the season before posting a monster second half and leading Washington to the NFC East title and a playoff appearance.

While most players don’t want to receive the franchise tag, Cousins, who’s only made $2.5 million in his career, will be paid handsomely for a breakout year. It’s beneficial for both sides, as Cousins gets his payday and Washington gets another year to evaluate him.