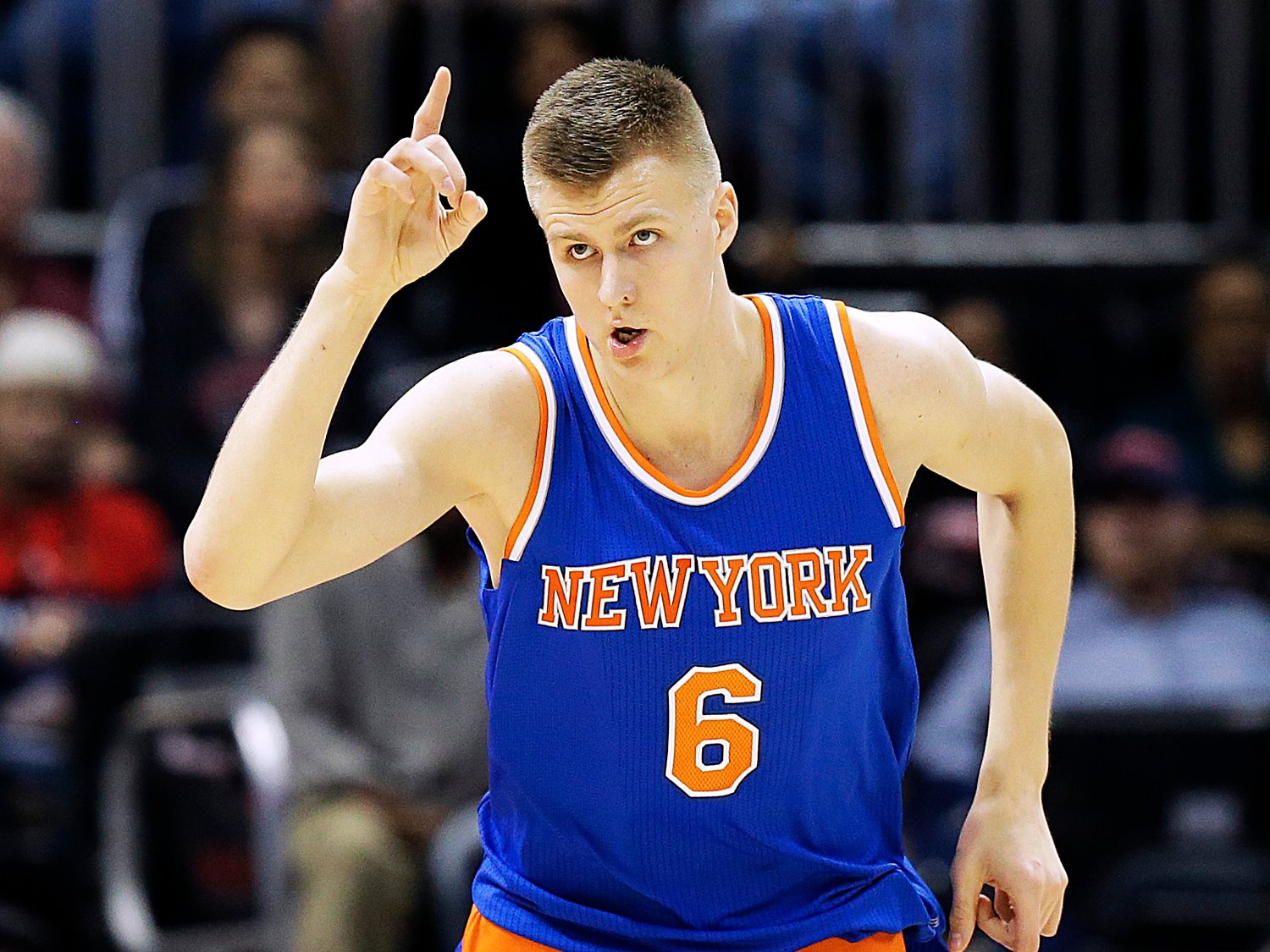 David Goldman/APKristaps Porzingis won over his teammates early on.

Kristaps Porzingis wakes up an hour early to eat a huge breakfast, and it sounds delicious

David Blatt’s camp reportedly believes his firing was ‘1,000 percent’ because of LeBron James

Perhaps even more surprising is that Porzingis has been so effective so early into his career — many people thought the long, lanky, 20-year-old Latvian would need several seasons to develop.

In a terrific profile of Porzingis from Sports Illustrated’s Lee Jenkins, Jenkins illustrates that Porzingis’ upbringing and time in a Spanish professional league prepared him for the NBA more than anyone thought. Porzingis grew up an NBA junkie and was playing with adult men from an early age, so he was ready for the rigors of the NBA season and the physicality of NBA players.

However, he had to prove that to players who had likely never watched Porzingis in Spain, let alone had the chance to play with him. Knicks forward Lance Thomas told Jenkins about going at Porzingis the first time they played — and how immediately impressed he was by him.

“I tested him, the way I would anyone. Body him up, get in him, foul him hard, make him uncomfortable. I wanted to see if the toughness was there. I wanted to see what he does when adversity hits. … Nothing fazed him. I’d score on him, talk some s—, and then he’d come down and ask for the ball back. He won me over right there. I think he won [Carmelo Anthony] over as well.”

As Jenkins notes, Porzingis was playing in Spain as a teenager, taking hits from adults who wanted to test him. He was ready for what he was going to face against his future teammates.

Carmelo Anthony had a similar reaction to Porzingis, particularly while they trained one-on-one over the summer. After playing a game, Porzingis reportedly asked Anthony to show him how to do a move. Anthony was impressed by Porzingis’ drive.

But another moment also won over Anthony: when Porzingis told him that he braided his hair in corn rows as a kid growing up because he was inspired by Anthony.

Knicks players clearly like Porzingis — their reaction after an opponent got physical with Porzingis says it all.