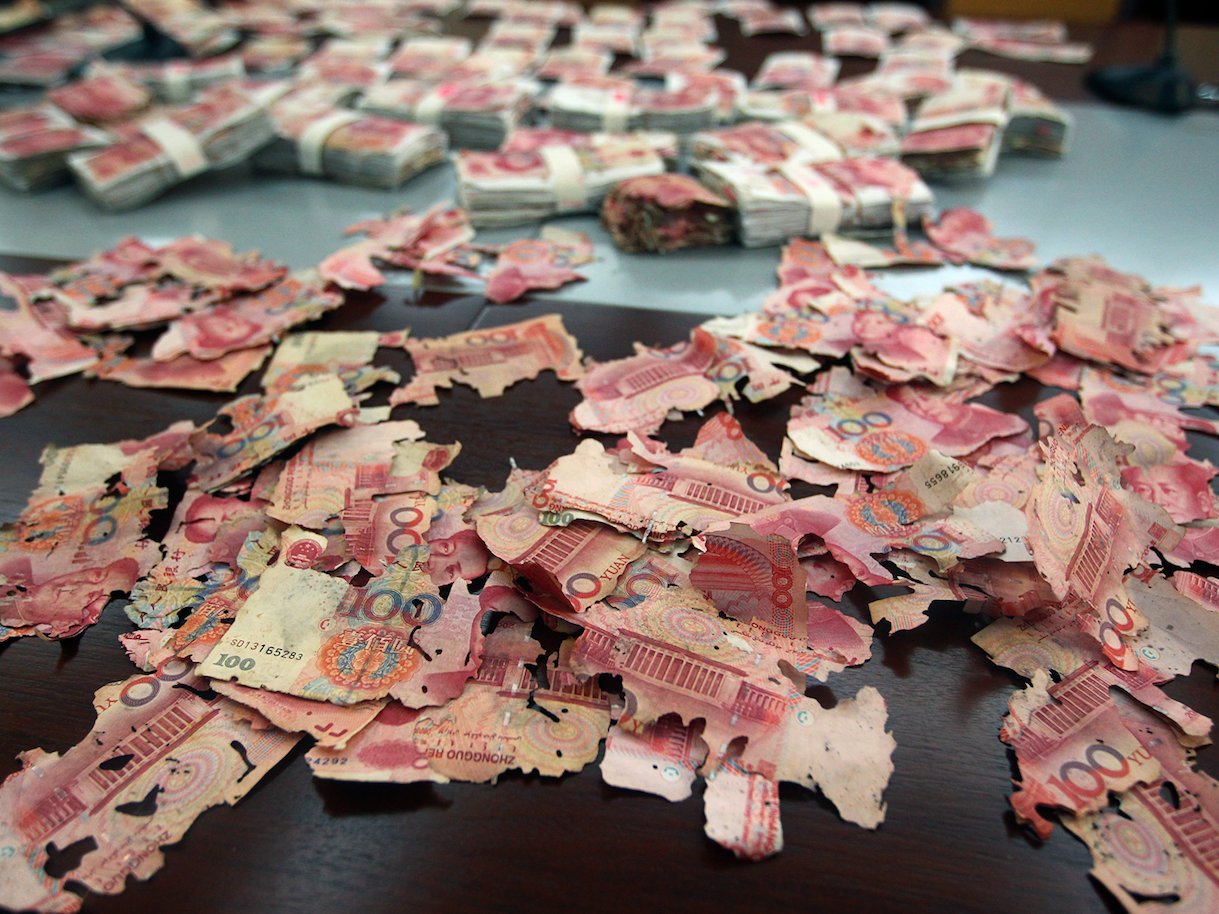 Reuters/StringerDamaged 100 yuan banknotes are seen on a table at a branch of China Bank in Foshan, Guangdong province, June 5, 2013.

Texan hedge fund manager J. Kyle Bass, the founder of Dallas-based Hayman Capital, sent out a big letter to investors explaining why he thinks China has a problem much larger than the 2008 subprime crisis.

China has been burning through cash of late as it manages the devaluation of its currency, and there is a big debate over exactly how much money it has to burn.

Bass notes that many folks look at the foreign-exchange (FX) reserves of $3.2 trillion and think that China will be just fine.

It’s really not enough, though, based on Bass’ calculations. According to Bass, the country is out of money today. In other words, China no longer has enough liquid reserves.

The letter said, with Bass’ emphasis:

Responses we receive when discussing the FX reserve levels of China are filled with reverence: ‘No country in the world has ever achieved $4 trillion in FX reserves by running such enormous trade surpluses with the rest of the world.’ While true, this analysis fails to frame the proper context of the larger situation. When a host country has a large industrial base, enormous money supply (M2), and large import/export business, there is a certain amount of liquid reserves that are required to run the day-to-day operations of the country (think working capital). Over the years, the IMF has fine-tuned the formula used to calculate this ‘reserve-adequacy’ metric. It can be best calculated as follows:

Hayman Capital estimates that China’s FX reserves right now are in a range of $2.1 trillion to $2.2 trillion if you take commitments to various bodies like China’s sovereign wealth fund (CIC) into account.

According to Bass, China’s reserves are “already below a critical level of minimum reserve adequacy.”

“In other words, China is CURRENTLY out of the required level of reserves needed to safely operate its financial system,” Bass wrote. “The view that China has years of reserves to burn through is misinformed. China’s back is completely up against the wall today, which is one of the primary reasons why the government is hypersensitive to any comments regarding its reserve levels or a hard landing.”

Bass is among a handful of hedge fund managers betting against China’s currency, the yuan. Much of Hayman Capital’s fund right now is devoted to the yuan short.

NOW WATCH: This is what it looks like when 50,000 travelers get stranded in China