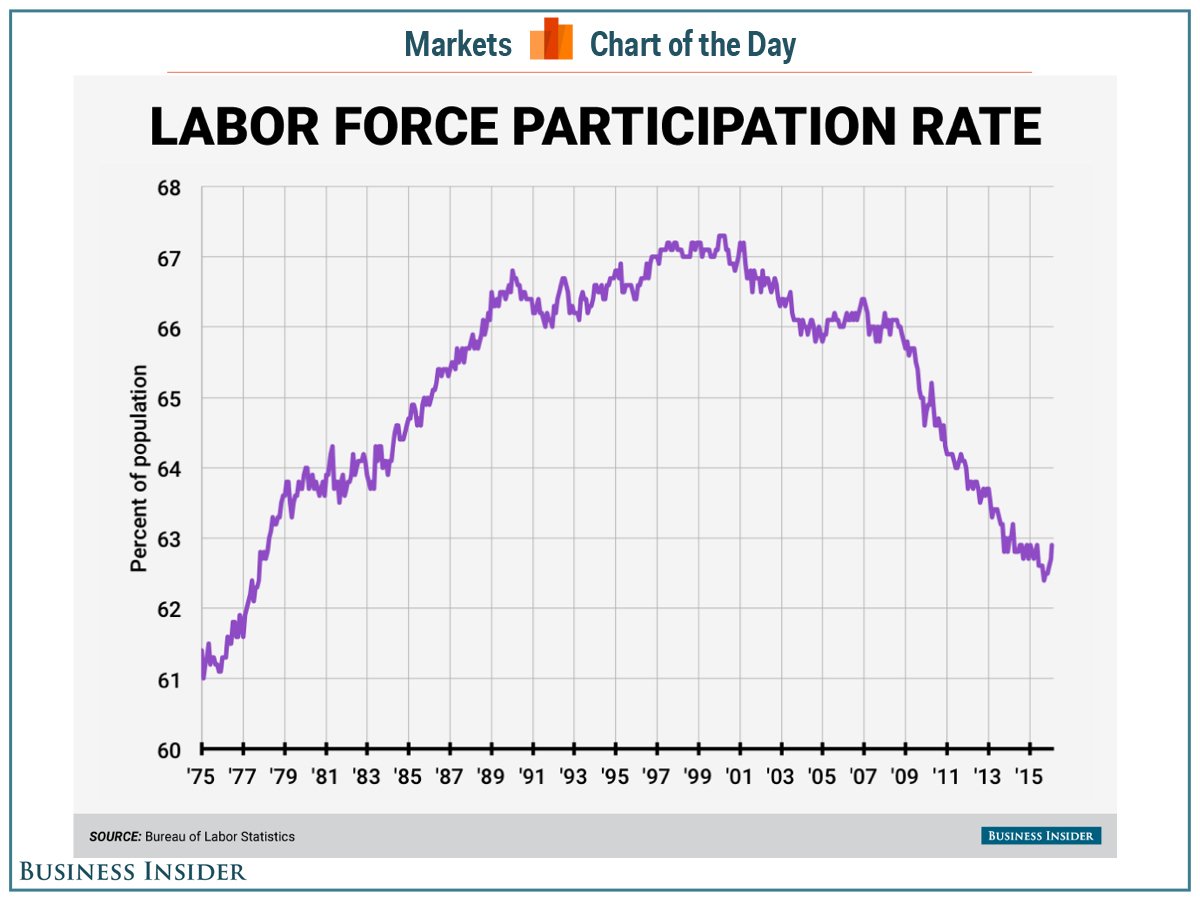 Since about the turn of the millennium, the labor-force participation rate, or the share of American civilians over the age of 16 who are either working or looking for a job, has dropped pretty dramatically, with an acceleration in that drop after the 2008 financial crisis and the ensuing Great Recession.

There are several causes for that drop and for the rate continuing to be low. An August 2015 analysis by the President’s Council of Economic Advisors suggests that about half of the drop comes from structural, demographic factors: The baby boomers, an immensely large cohort of Americans, are getting older and starting to retire.

The Council of Economic Advisors found that the other half of the drop in labor-force participation came from cyclical factors tied to the Great Recession. In addition to the normal fall off in participation seen in other recessions, the depth and severity of the Great Recession pushed millions of Americans to the sidelines, discouraging them from even looking for work.

According to the February jobs report, labor force participation increased to 62.9% from 62.7% in January. The participation rate has improved for three months in a row: SEE ALSO:The 17 jobs that are least damaging to your health