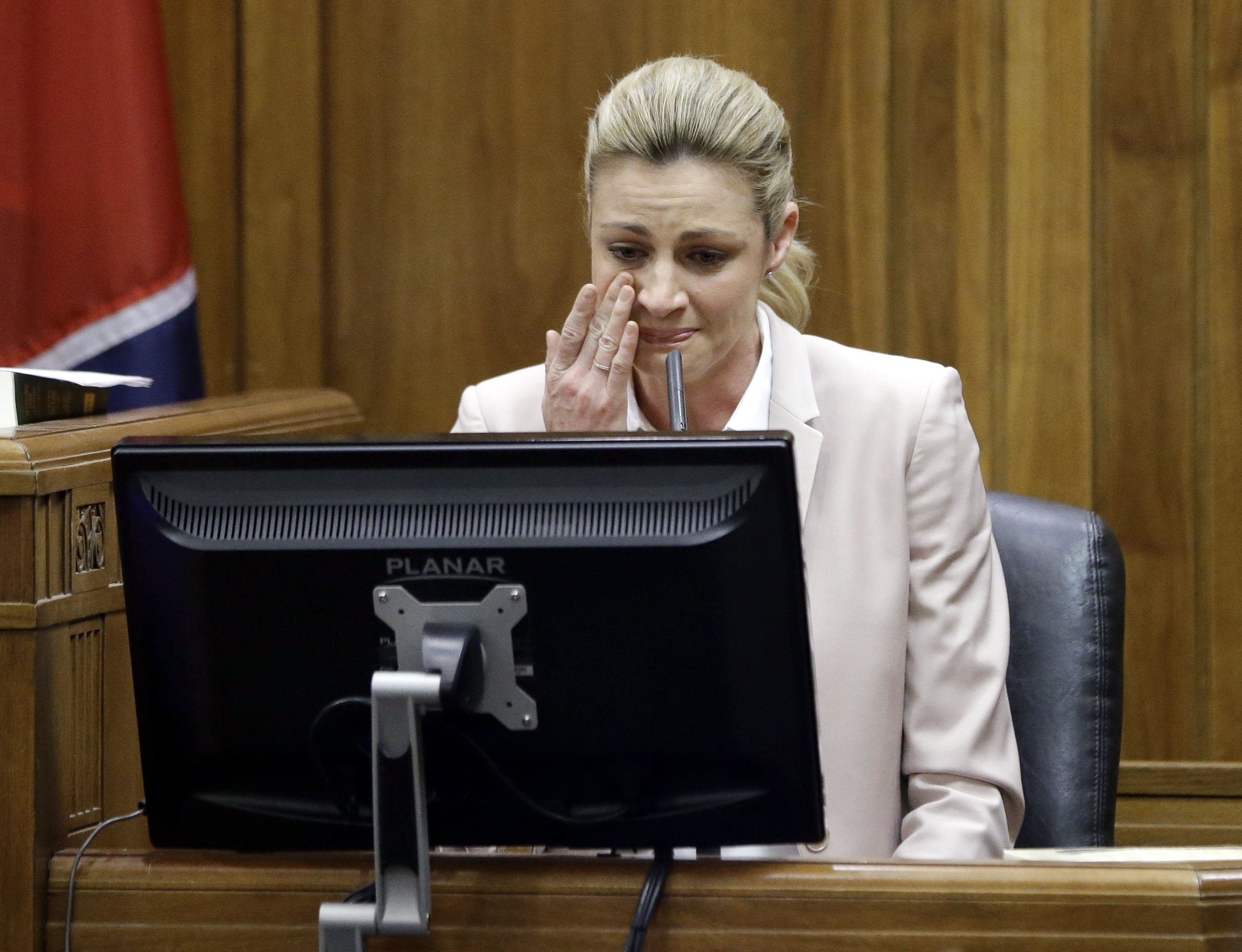 The sportscaster Erin Andrews got pointed questions in court on Tuesday, the second day she testified in her civil suit over a nude peephole video shot while she was a guest at the Nashville Marriott.

“You got a second contract with ESPN, right? And it was a better contract than you had the first time, right?” Marc Dedman, the attorney for the parent company for the Marriott asked Andrews, per the New York Daily News.

“After that you got a contract with Fox Sports right? And that was a better contract than you had with your second contract with ESPN, right?”

“Your income has gone up substantially since this occurred,” Dedman stated, to objections from Andrews’ lawyers, reports the New York Daily News.

Under cross-examination, Andrews choked up as she described how the video leak has affected her personal relationships, reports ABC.

“I feel really guilty he [Jarret Stoll, Andrews’ current boyfriend] didn’t know me before this happened, and to try to explain to someone who has questions about why I have trust issues, why I’m insecure, why I’m embarrassed, why I’m humiliated, and why I’m obsessive about checking the internet,” Andrews said during questioning, per ABC. “He doesn’t understand.”

The lawsuit centers on an incident where Michael David Barrett, an insurance executive, secretly filmed Andrews changing in her room on his cellphone through a rigged peephole in September, 2008.

The lawsuit names Barrett and the Windsor Capital Group, the Nashville Marriott’s management company, as defendants. Andrews claims employees at the Nashville Marriott aided Barrett by giving him her room number and allowing him to book the room next door, according to The Washington Post.

Andrews told the court on Monday that she didn’t know who was behind the video after it first leaked, reports Buzzfeed.

“No one knew that it was a stalker,” she said, per Buzzfeed. “Everybody thought it was just a publicity stunt.”

Because there was no arrest initially, Andrews said her bosses at ESPN — where she worked at the time — told her she would have to address the video in an interview. Andrews sat down with Oprah Winfrey on the “Oprah Winfrey Show” in 2009.

In 2009, Barrett pleaded guilty to renting hotel rooms next to Andrews in three separate cities, and was sentenced to 2 1/2 years in prison, reports The Associated Press.

Andrews is seeking $75 million in damages.

“A trial is a process of revealing evidence over time. After more than six years of inaccurate facts in the public, our clients are happy that the public is now able to learn what actually happened when Mr. Barrett committed his crime against Ms. Andrews.”