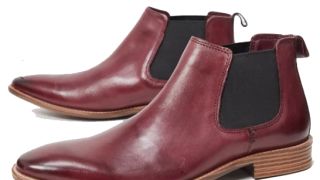 The 2020 Motul Petit Le Mans kicked off with a little bit of chaos and kept that trend right up to the last 15 minutes, when two different crashes brought out two yellow flags. Ultimately, it was the No. 10 Wayne Taylor Racing Cadillac driven by Renger van der Zande, Ryan Briscoe, and Scott Dixon that took the checkered flag first.

Every minute counts in a 10-hour race, but the final two hours really kept things interesting. The No. 7 Acura and the No. 31 Cadillac were neck-and-neck for much of the final fifth of the race, with the battle continuing even after final driver swaps.

Ricky Taylor in the Acura followed Pipo Derani’s Cadillac into the pit lane for the final stop, with the former able to pip the latter due to a strategy that meant the Acura wouldn’t need as much fuel. Derani wasn’t about to let him have it, though, and was able to regain the lead within two laps.

With just over 10 minutes to go, Taylor decided it was time to pass his competition—and he didn’t make it. Both cars collided, with the No. 31 Cadillac taking the worst of the damage. Derani was showed into the gravel trap and needed to be pulled out by track crew.

The situation allowed van der Zande to slip by the competition and take first.

After the race van der Zande explained the situation from his point of view:

There was one [car] in the wall and one half on the track. When I came around, it was a bit tricky. I had to go completely wide because [Ricky Taylor] was going back on track. I think he was trying to get out of the way more than anything, but I almost crashed into him.

When I came there, obviously, it was all hallelujah. Straight into the lead and straight into the safety car. I think we had a good restart, but sometimes you have to be lucky. Today we were lucky. But on the other hand we had good speed in the car.”

That wasn’t the only drama, though. Derani’s car required a yellow flag, and when the restart came, the Porsche of Laurens Vanthoor collided with a Lexus. He was sent spinning into the wall—and brought out the final caution of the night.

In the LMP2 class, the No. 52 looked to be dominant all night long—until the final hour. Driver Simon Trummer was forced to take the car behind the pit wall with problems. He and his team lost the lead.