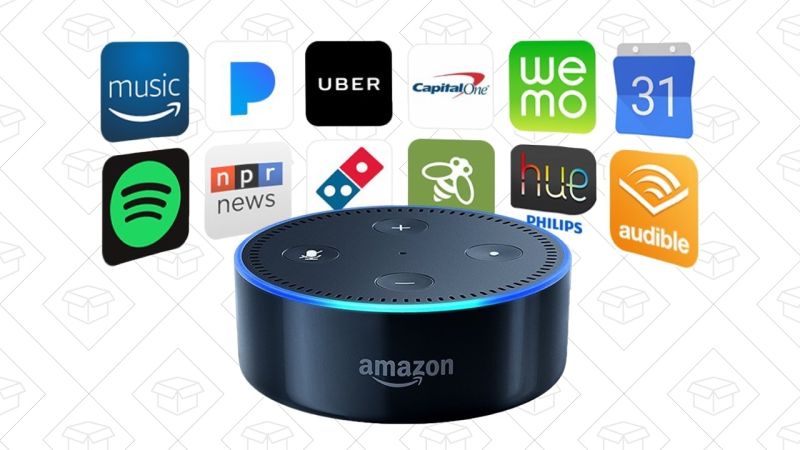 Amazon’s Alexa is basically the operating system of the home, but to fully appreciate it, you need to scatter Echoes and Echo Dots around your house until they can basically hear your from anywhere. If you’re ready to fully commit, Amazon’s offering a solid discount on the already-affordable Echo Dot when you buy three.

This was initially supposed to be a one-week promotion, but it seems Amazon’s extended the deal at least through April 25.

You can add tons of features to your Amazon Echo with little apps Amazon calls “Alexa Skills.” Most …Read more Read more

Amazon is making a new version of the Echo Dot, its Alexa-enabled mini-speaker. The biggest news…Read more Read more

To get the deal, just add three Dots to your cart, and use promo code DOT3PACK at checkout. The $130 you’ll spend is, somewhat incredibly, $50 less than a single full-sized Amazon Echo. The Dots’ speakers obviously aren’t as good, but you can plug them in or pair them over Bluetooth to any other speaker you have lying around, which makes them perfect little omnipotent, voice-activated Music streamers.

Save $30 On Apple’s Already-Affordable New iPad