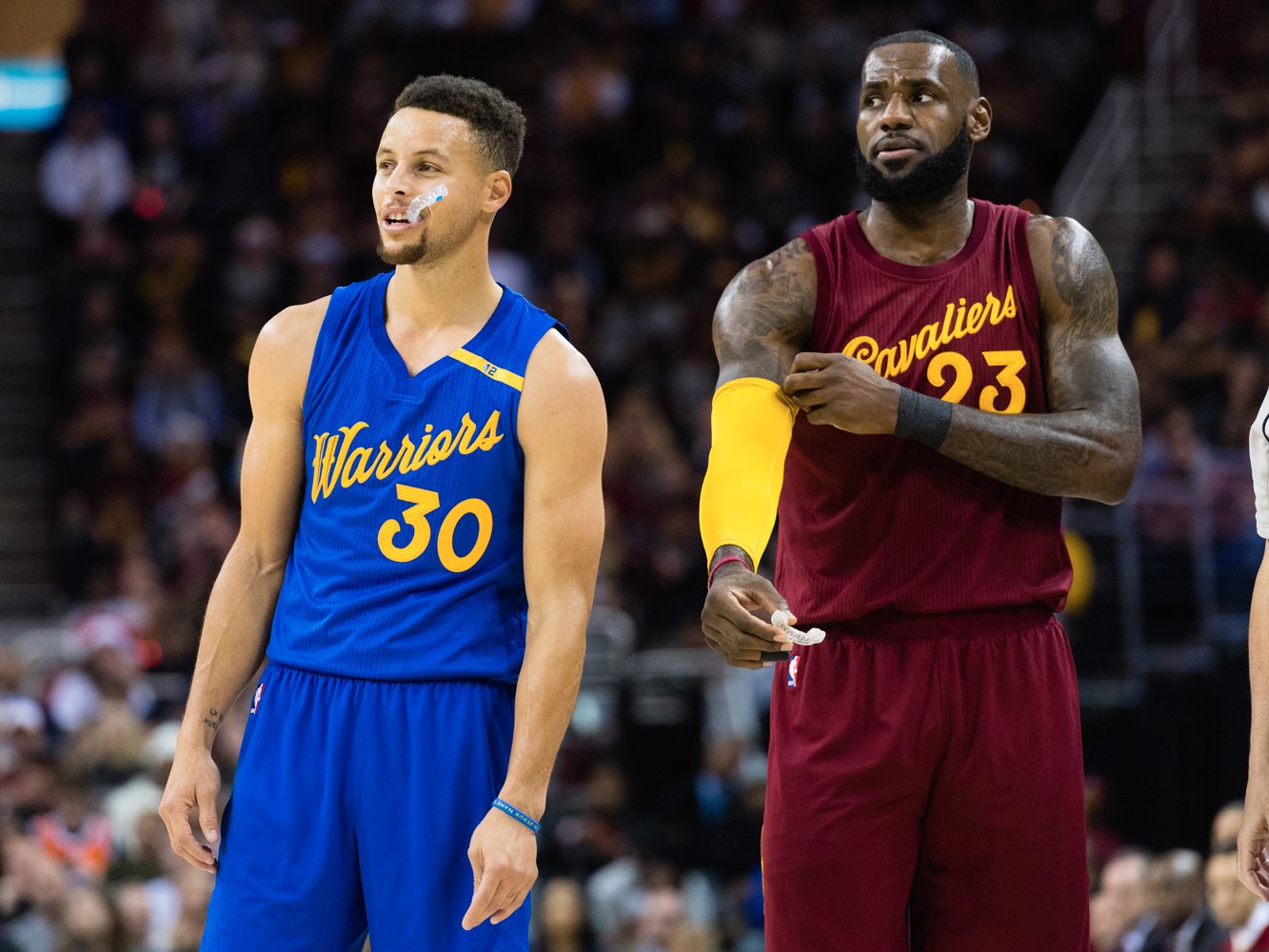 Though Stephen Curry has undergone a somewhat sudden rise into becoming one of the NBA’s most popular players and the league’s first-ever unanimous MVP, he apparently has work to do within the league.

According to Marcus Thompson of Bay Area News Group, author of the newly released “Golden: The Miraculous Rise of Steph Curry,” Curry is not all that popular with some of the league’s biggest stars, including LeBron James.

Thompson was a guest on “The Big Lead with Jason McIntyre” to discuss his new book and said Curry’s sudden rise and popularity, particularly amongst fans and the media, have turned some players against him.

“There’s this thing there between he and LeBron that’s a little weird,” Thompson said.

According to Thompson, James and Curry were close, from Curry’s days at Davidson to his early years in the league. Thompson said James was almost like a mentor to Curry, but as Curry’s game grew, coinciding with the Warriors’ rise as a team, he “challenged LeBron’s status.” Since then, the two haven’t been as close and it bothers Curry.

“The part that’s odd for Steph – why does that mean there has to be some beef between us? He loves LeBron, he respects LeBron, and he’s like, ‘Because the outside world is pitting us together, why do you and I have to now have this disdain between us? I thought we were cool?’ That’s the question that’s in Curry’s mind and Curry’s camp: Why do you not like me when all I did was basically respect everything you did, and kind of follow the model you carried out? So there’s an interesting dynamic there, and it’s not just with LeBron. Steph wants to be accepted by all these guys. This is what he worked for. For you to say, ‘You’re one of us.’ It seems like they don’t want to give that to him. Not yet anyway.”

Thompson seemed to be referring to the Cavs’ and Warriors’ back-to-back title clashes. Things got noticeably heated between James and Curry in the 2016 Finals, as James’ Cavs came roaring back to even the series. In Game 6, James swatted one of Curry’s shots and trash-talked him afterward. The two had bumped each other a few times and exchanged words, and finally, Curry was called for a foul, lost his cool, chucked his mouthguard and hit a fan, and was ejected. From there, the “beef” seemed real.

Thompson continued, saying that the root of this disdain for Curry came from how he leapfrogged so many players so quickly in the NBA’s elite and received so much adoration for it. Thompson said members of the Los Angeles Clippers, including Chris Paul, are disdainful of how Curry seemingly leapfrogged Paul, who many people considered to be the NBA’s top point guard.

When McIntyre brought up Kevin Durant and Russell Westbrook laughing last season when being asked about Curry’s defense, Thompson said it’s another example of this chasm between Curry and some of the NBA’s stars.

“I think if you ask them and they’re being honest, they don’t like all the hype he gets, and they have to direct it that way. I think, out of all of them, if somebody doesn’t like Steph Curry, I think it’s probably Westbrook. He just shows no sign of… this ain’t really about Steph, it’s bigger. His seems to be, ‘I don’t like that dude.’ But LeBron and them, I think they will say, ‘Man, I like Steph. We can have a conversation.’ But there’s something that burns them about the fact that Steph is the one that is exalted and because of that they want to go at him and demean his hype. They want to take him down.”

According to Thompson, Curry is aware of all of this and plays with the mindset that if he dominates the competition enough, players will be left with no choice but to respect him.

Curry already has Hall of Fame-worthy accolades to his name. With the Warriors looking like the favorites to make the NBA Finals again, and Curry heating up in recent weeks, he may take another step toward earning that respect.

Listen to the entire interview here >

NOW WATCH: The Oakland Raiders are moving to Las Vegas — check out the flashy $2 billion stadium they want to build