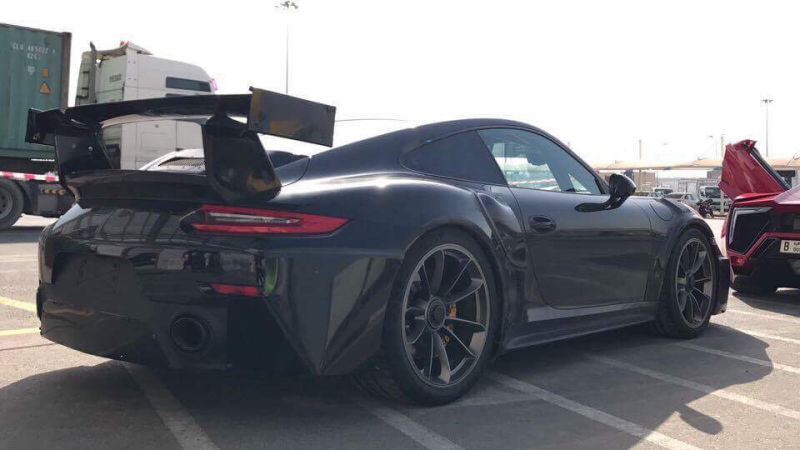 A reader sent in these photos of what look like the new Porsche 911 GT2 doing hot weather testing in Dubai. I’m not so sure about that—this car might be something even weirder.

First off, let me say that this Porsche 911, whatever it is or whatever the configuration it’s in, looks completely insane.

That rear wing is huge, looking more like what you find on a Cup race car than on something for the street. It looks like it matches with previous GT2 test cars that have been caught running in the open, down to the covered-up front NACA ducts.

What interests me most about this Porsche tester, though, is the car next to it.

That’s a Lykan Hypersport, the Dubai-based sports car that uses a Porsche drivetrain. Well, it’s a Ruf drivetrain, but that’s all still based on Porsche designs. It’s all the same water-cooled, flat six package.

I think it’s possible that this is a Lykan development mule hidden in a standard Porsche body. Maybe both cases are true and Lykan is getting the next GT2 drivetrain in it! I really have no clue, but I know these things look rad.

(Thanks to Jack for the photos!)

What If The Lykan Is Getting The Nex

The 750 Horsepower Lykan Hypersport Looks Happiest Chilling In The Desert