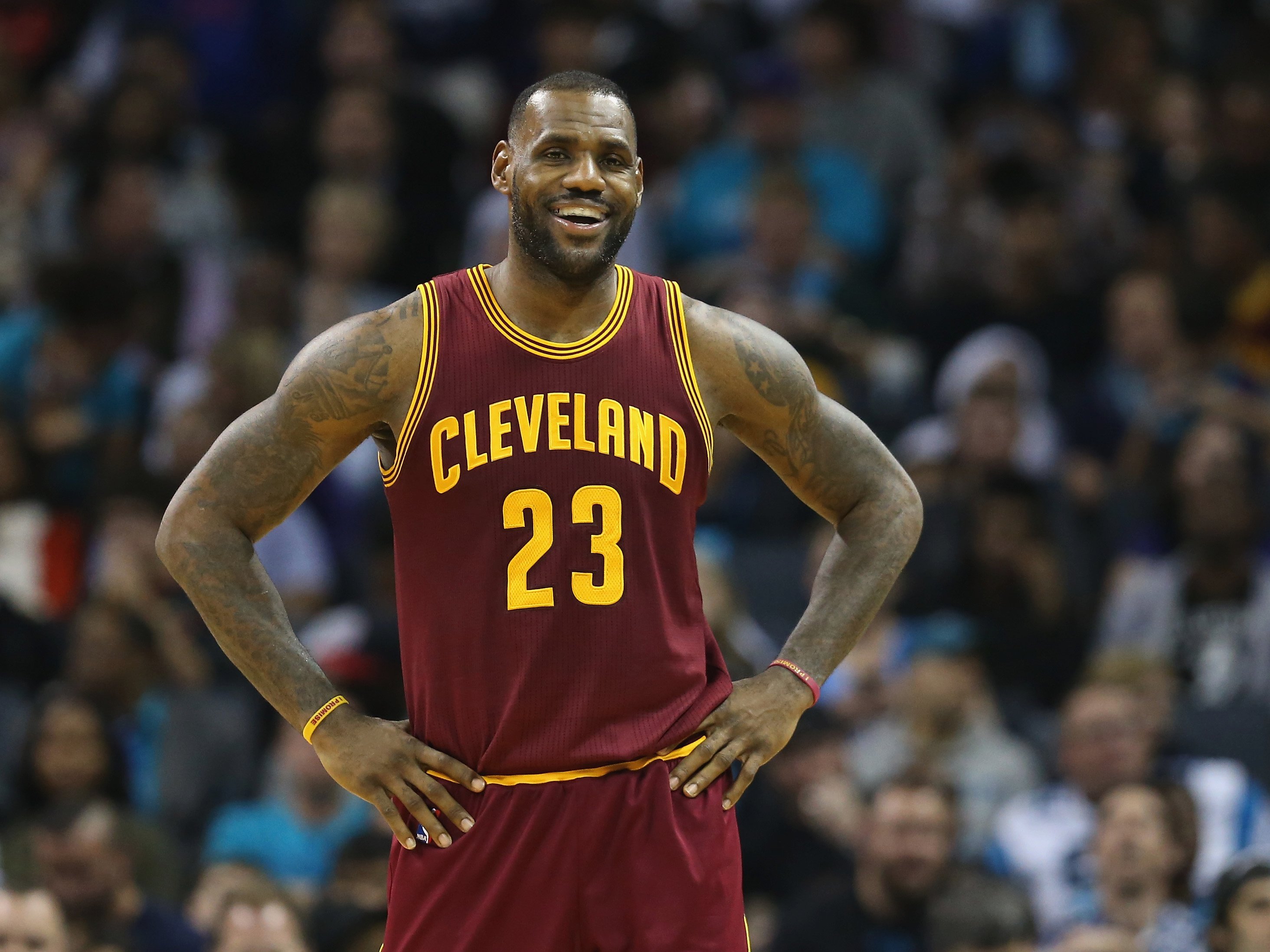 Since returning to the Cleveland Cavaliers, LeBron James has been signing one-year contracts with the team (often with a player option for the second year).

This does two things. First, it keeps pressure on the Cavaliers to keep improving the team, knowing James can leave each summer.

However, it also earns LeBron a ton more money.

When LeBron re-joined the Cavaliers in 2014, the Cavs didn’t yet own his Bird Rights, which means his year-over-year raises in a contract were 4.5% and he could only sign four-year contracts. After three years, the Cavs can re-gain his Bird Rights, allowing LeBron to sign a five-year deal with 7.5% raises each season.

However, LeBron has surely had his eyes on the incoming TV deal, which will go into effect after this season, thus bringing in a ton of money and causing the salary cap to explode.

ESPN’s Zach Lowe dropped a nugget in his column on Tuesday, stating that teams are working under the assumption that the salary cap for the 2016-17 season will be $92 million. That’s more than a $20 million jump from this season’s salary cap ($70 million) — it’s also $3 million more than anticipated, as most people believed next season’s cap would land around $88 or $89 million.

So, when James goes to re-sign with the Cavaliers this summer (assuming he once again opts out), there will be even more money for him. Since James has been in the league for over 10 years and has been with the Cavs for two years now, he’s eligible for a four-year contract with 7.5% raises at 35% of the salary cap. (Note: The formula for finding true max. contracts is more complex than simply 35% of a $92 million salary cap, as the max. is tied to BRI. Read Larry Coon’s CBA FAQ for more).

However, Washington Post’s Tim Bontemps said some teams are estimating an even higher salary cap for next season!

In here Zach says teams are using $92 million as a cap projection; some I’ve talked to could see it getting to $95. https://t.co/QJVjzayI1v

As mentioned, LeBron has incentive to wait out that full max. one more year. Because in 2017, James could sign a full five-year deal with 7.5% raises — under a salary cap that’s currently projected to be $108 million. But if some teams already suspect that that 2016-17 salary cap will be $6 million more than projected, it’s fair to speculate that the salary cap in 2017-18 will be more than projected.

There is unprecedented money hitting the NBA in the next two years, and as a result, we’ll see contracts bigger than ever before. For a player like LeBron, who will earn a max. contract no matter what and has hit the checkpoints to get as much as he can on his contracts, this could mean a $200 million deal.

For the man who signed a lifetime deal with Nike that could be worth $1 billion, things are only getting sweeter.