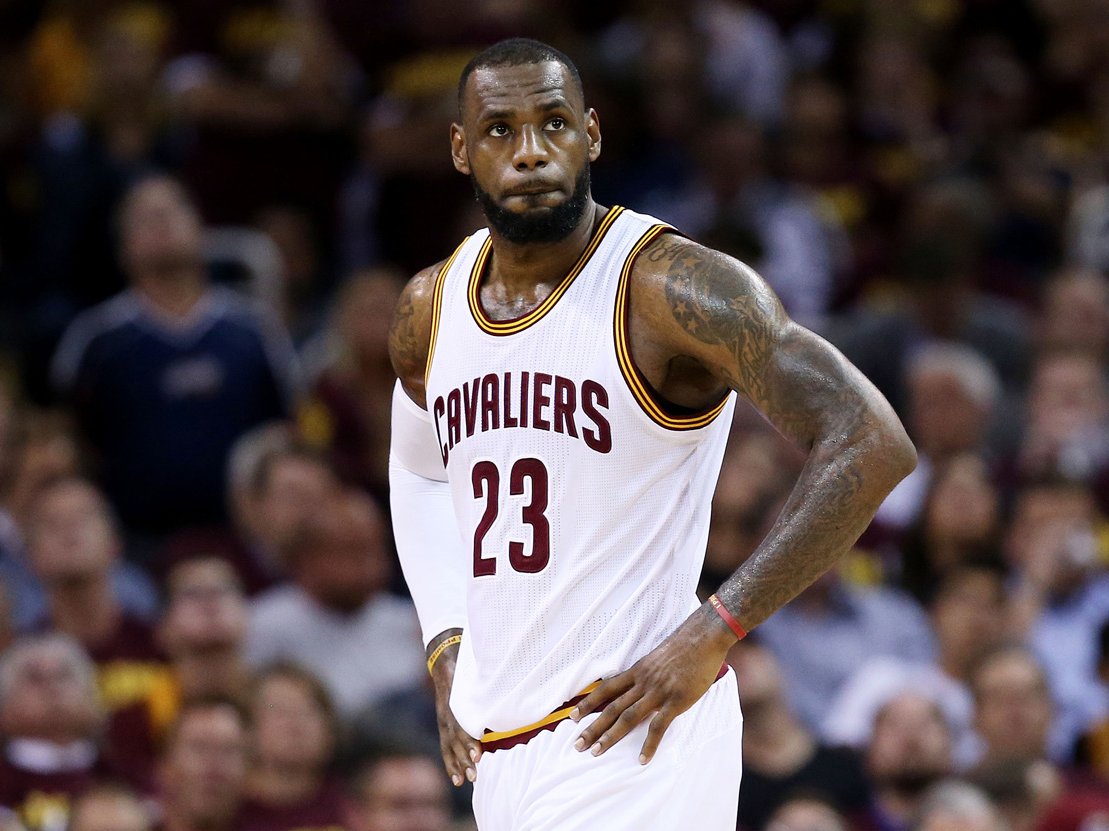 A series of curious moves by LeBron James had the NBA world buzzing this week.

The Cavaliers had an usual three-day break with no games or practices scheduled, so James got out of town — and went to Miami. There, his trainer, David Alexander, posted a video working out with LeBron and Dwyane Wade.

Of course, the two working out together during the season would cause some buzz, but it’s not exactly shocking since they’re close friends. However, during this same break, James also sent out two cryptic tweets:

It’s ok to know you’ve made a mistake. Cause we all do at times. Just be ready to live with whatever that comes with it and be with…..

those who will protect you at all cost!

James has sent out cryptic tweets before, namely in the direction of Kevin Love, so people naturally wondered what or who James was referring to.

According to GQ, LeBron also deleted “#TheLand,” a nickname for Cleveland, from his Twitter bio.

So, when the Cavs resumed practice on Thursday, naturally curious media asked about the mini-vacation, workouts, and tweets, to a surprisingly chippy LeBron.

When asked about working out with Wade, whose Heat could meet the Cavs in the playoffs, James said, “I don’t care.”

James also facetiously said when his media session was over, “That’s cool? I’m OK to leave when I want to leave? Be back at my work on time, two hours before? OK. Last one to leave the gym. OK. Thank you. Love you guys.”

Of course, later on, it seems James couldn’t help himself by stirring up more questions:

LeBron could be understandably irked over being questioned about a short trip to Miami, but it was surprising to see him react the way he did. It’s also natural to wonder about his recent actions, particularly because of his aforementioned pointed tweets and because camera caught James and Wade seemingly talking about a reunion after a game last season.

With the Cavaliers playing uninspiring basketball of late, and with a rumor that Kyrie Irving is unhappy in Cleveland, LeBron’s workouts with Wade and bizarre tweets only stir the pot. There’s likely nothing to all of it, but it’s fair to be curious about the moves, just as it’s fair for LeBron to not want to talk about them.

NOW WATCH: Watch daredevil bikers race down the streets of one of the world’s steepest cities