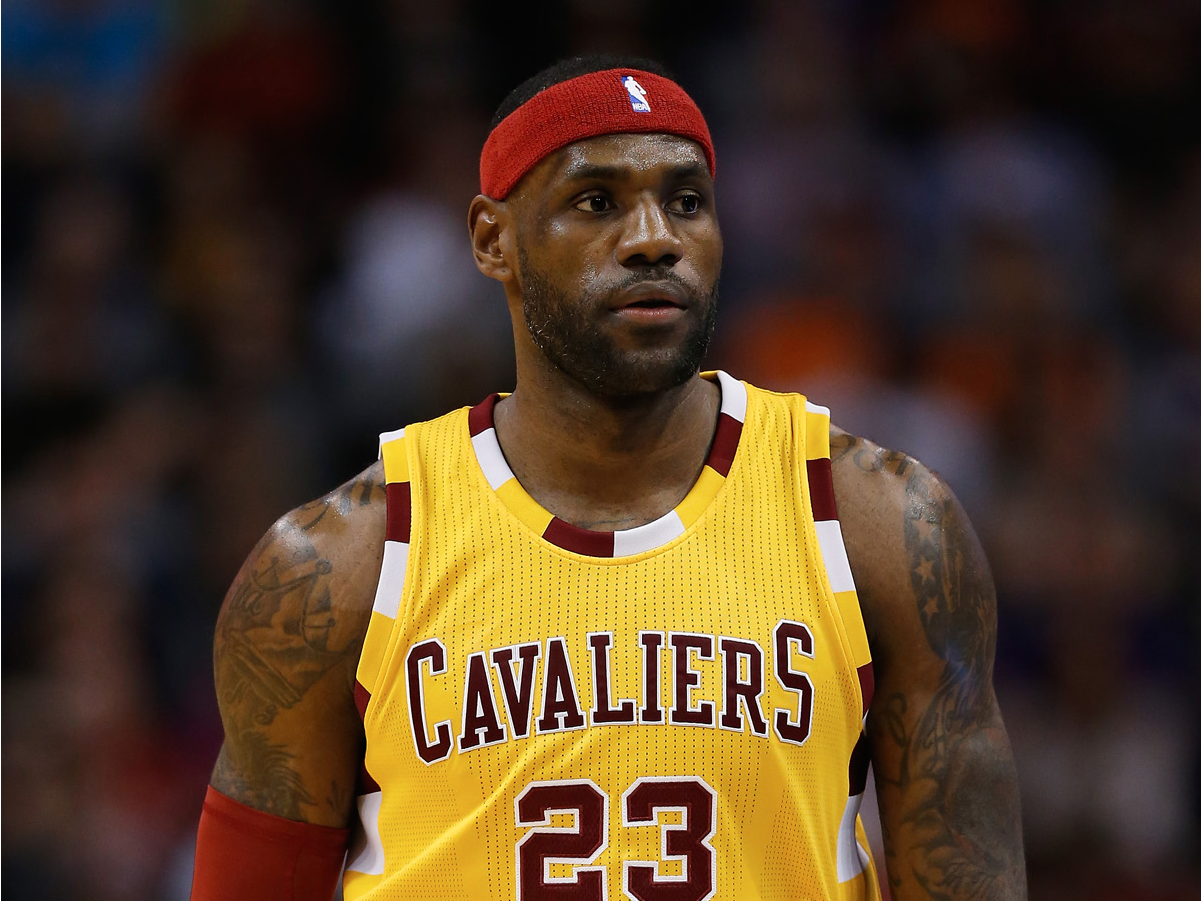 Christian Petersen/GettyLeBron James’ shooting slump seems to be over.

The Cleveland Cavaliers are fully healthy and look like a force to be reckoned with.

At 26-9, the Cavs have won seven games in a row, and LeBron James, with the help of Kyrie Irving, is playing his best basketball of the season.

As of late, LeBron has gotten particularly hot from the field. Through five games in January, he’s averaging 26 points per game on 58% shooting, 44% from three-point range.

The increase in efficiency is notable as James had been struggling from the field for much of the season. While still playing his normal, dominant style of basketball, LeBron had become surprisingly inefficient on his jumper, hitting just 20% from three.

As NBA.com’s John Schumann pointed out in late December, LeBron was shooting a putrid 28% from outside the paint — the worst in the NBA.

The worst high-volume shooters from outside the paint, a list topped by LeBron James & Kobe Bryant. pic.twitter.com/Sn4CW6C9O7

The graphic made its rounds on the internet, as people were surprised at James’ startling struggles from outside.

James recently revealed to Chris Haynes of the Northeast Ohio Media Group that the message got through to him:

“I actually saw [it] on my Instagram feed that I was the worst-shooting player in the NBA. I actually saw that when I woke up from a nap. I remember exactly when that was. Denver. Right before the Denver game, so I answered the call… It doesn’t bother me. It puts me back in the gym.”

According to Haynes, LeBron has been shooting more in pregame, working up a sweat, whereas he’d previously only been shooting during shootaround in the mornings. He says he finds his shot has been better by working on it in pregame.

LeBron has never been the most accurate marksman from deep, so his rates over the last two weeks are likely unsustainable. Still, this is a player who shot better than 35% from three over his past four seasons and hit 39% of his shots from 16 feet to the three-point line for his career.

LeBron’s early slump seems to be over, and that makes him all the scarier for the rest of the NBA.