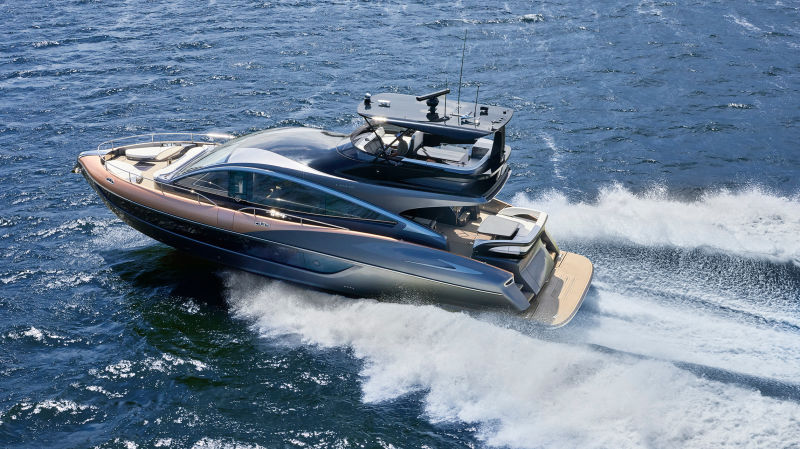 Lexus, in an effort to go for all four elements of nature except maybe fire (that’s Elon Musk’s realm, and probably shouldn’t spread), seems to be going for every method of luxury travel possible these days. It has cars already, of course, but it needs more. It needs cars and boats and planes, oh m—nope, not going there.

Anyway, Lexus, as you might know, unveiled a new yacht recently, very loosely based on a concept boat from 2017. We hear the brand even got Alex Rodriguez to stop by, for the ‘Gram or something.

Lexus calls its new sea cruiser “an irreplaceable experience that stimulates the senses and exceeds owner expectations, even at sea,” as the company “aspires to be a true luxury lifestyle brand.” Whether that or “mobility company” is worse, we may never be able to decide.

The boat is called the LY 650—which better stand for “Lexus Yacht,” because that would be hilarious—and will, according to Business Insider, cost a very reasonable (?) $3.6 million or so. Lexus did not include the price in its press release, because as we yacht folks say, “If you have to ask, you can’t afford it.”

But Lexus won’t stop at simply conquering the seas of the wealthy, apparently. Australian outlet CarsGuide wrote that at the launch of the LY 650, Toyota boss Akio Toyoda that Toyota as a whole is “trying to transform from an automotive company to a mobility company” (damn it), and that in order to “enhance the value of the Lexus brand,” it needs to “cover land, sea and also air.”

When asked by CarsGuide if that specifically meant that Lexus was also investigating the development of an aeroplane, Mr Toyoda replied: “Well, please watch us in what we do when it comes to that area.”

Why Lexus chooses to “cover land, sea and also air” instead of just giving everyone a new LFA remains a mystery. But as we all know, Lexus is fond of such conundrums.