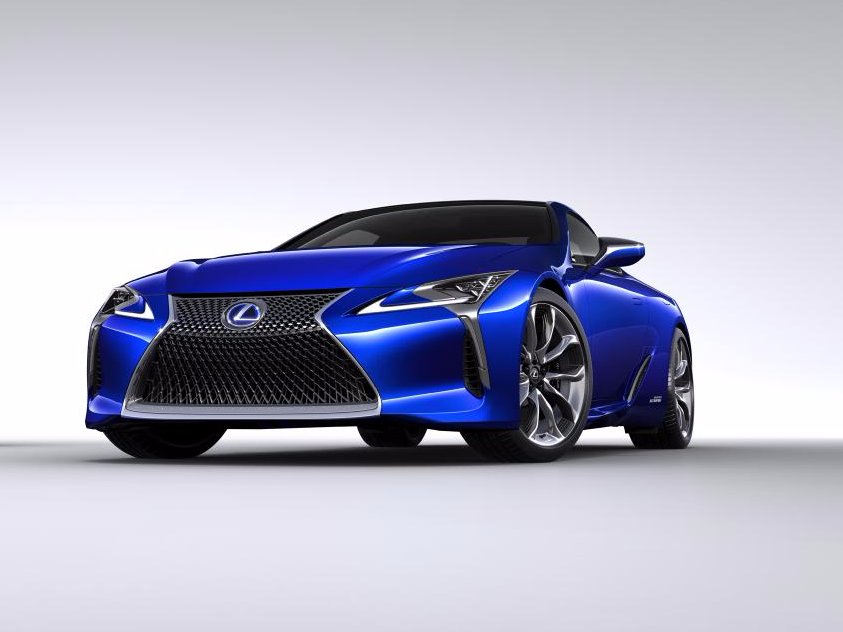 The new Jaguar F-Type will blow your mind with raw, beautiful speed

The $400,000 Rolls-Royce Wraith towers above all other cars

Lexus introduced the stunning LC 500 coupe in January at the Detroit Auto Show to rave reviews.

Although both versions share the same sweeping body lines and athletic stances, the powertrain lurking beneath the 500h’s skin is something special.

According to Lexus, the 500h’s “Multi Stage Hybrid System” will enable the car to maximize its ability to achieve great fuel economy while producing an engaging driving experience.

So what makes this newfangled hybrid system so special? A four-speed automatic gearbox.

Yes, I’m sure Lexus knows that this is transmission technology perfected in a 1989 Toyota Corolla. But what makes the LC 500h interesting is the way Lexus applies the four-speed.

The presence of what is essentially two transmissions is supposed to give drivers a closer correlation between throttle input and engine RPM.

Further, the hybrid system features an “M” mode manual gear-shifting function — making this the first time the driver of a Lexus hybrid has been able to change his own gears. Think of this as an admission from Toyota that its highly efficient and effective hybrid drive system with a CVT is truly dreary to drive — although Business Insider’s Matt DeBord, a Toyota Prius owner who likes to kick his hybrid into “Power Mode” and sling it around corners, might disagree.

According to Lexus, the 500h’s multistage system generates a total of 354 horsepower, resulting in a zero-to-62 mph time of less than five seconds.

These figures fall in the same neighborhood as BMW’s 357-horsepower i8 hybrid sports car. OK, so it’s quite a lot faster than a Prius.

In addition to its innovative hybrid system, the LC 500h is the first car to be equipped with Lexus’ new premium rear-wheel-drive platform that will serve as the basic underpinnings for all of the company’s upcoming front-engine/rear-wheel-drive cars.

For those with more conventional driving tastes, the standard LC 500 is available with the old school, 5.0-liter, 467-horsepower V8 engine found shared with the RC-F coupe and the GS-F sedan. Lexus claims the V8-powered LC will be able to hit 60 mph in under 4.5 seconds.

The LC 500h will make its official world debut at the 2016 Geneva Motor Show in March.

Lexus hasn’t released pricing or fuel-economy information for the LC 500h, which is expected to hit showrooms some time in 2017. SEE ALSO:There’s only one Chinese-made car you can buy in the US, and we drove it

NOW WATCH: BMW made the first hybrid you won’t be embarrassed to be seen driving