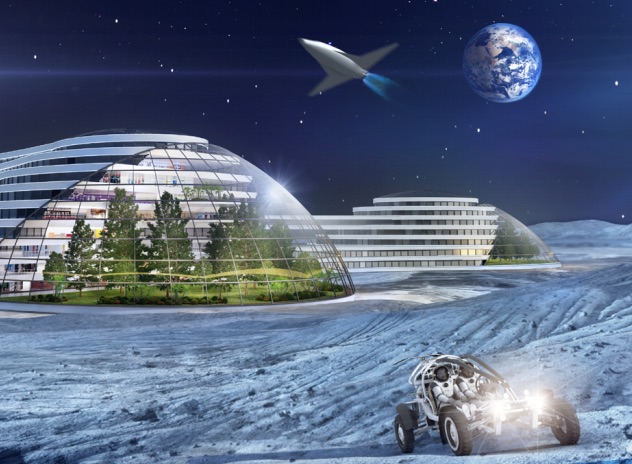 Technology has changed the world pretty drastically over the past 10 years thanks to the rise of smartphones and other mobile technology. So what’s next? A new report from Samsung’s SmartThings division makes some far out predictions for the next 100 years.

According to Samsung, the design of cities could change drastically as populations continue to grow and space becomes scarce. Skyscrapers will become even taller as a result, but we may also end up living and working underground in “earthscrapers” that extend deep into the ground instead of into the sky. Some of us may even move to massive underwater cities that turn the surrounding water into oxygen for breathing and hydrogen for power.

Of course, in 100 years we may also be living in space. Samsung notes that humans will colonise the moon first, followed by Mars and “beyond.”

The report also predicts a huge rise in drones, which could be used to move people and even entire buildings. In the future, you might be able to take your house with you on vacation as a result.

Speaking of houses, Samsung predicts that the way we live at home will also change pretty drastically. Smart walls will adapt automatically, eliminating the need for physical decorations. Instead of cooking, you’ll 3D print your meals, and you’ll use a special medical pod instead of going to the doctor.

Some of this may sound like science fiction, but much of it could be within reach in the next 100 years. The only question is whether we’ll still be around to see it.