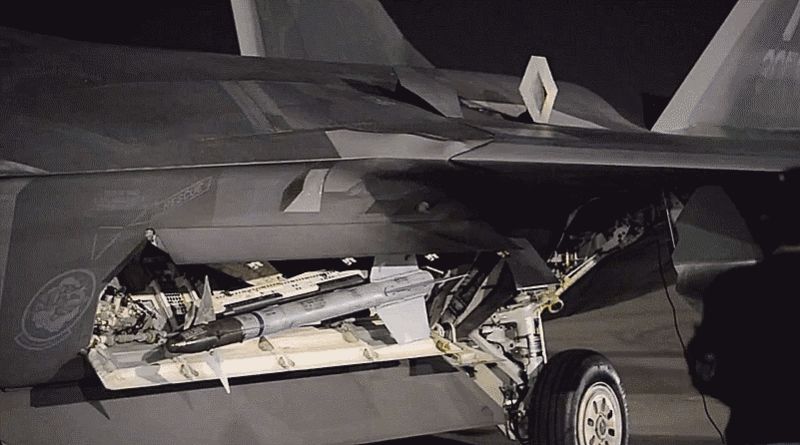 To keep the Raptor’s radar signature at a minimum, small doors and vents appear seemingly out of nowhere during certain functions, reminding us that a fighter jet still lies beneath its spaceship-like appearance. Its startup sequence also looks and sounds like something out of science fiction.

Whereas the F-15 has its distinctive “howl,” the F-22 starts up with more of a banshee’s scream and a dragon’s cough:

Here is that distinct howl (before turning into a droning squeal) for comparison. Hearing something like a dozen of these things firing up at the same time sounds eerily menacing:

In the days before self-starting via internal power was available on most tactical jet aircraft, fighters would have to be started via what was known as a “huffer cart,” or in some cases, an expendable explosive cartridge. These methods could add a loud roar (and a ton of smoke) of a start-cartridge being set off or the vacuum and mechanical sound of a huffer, some of which packed big V-8 engines, to the startup sequence.

Here is a German F-4 starting via a cartridge:

Once a fighter’s engines are fully online and performing as expected the real fun – and ruckus – begins. Here are some sights and sounds from the latest Red Flag exercise’s nighttime departures to give you an earful of what I am talking about.

Enjoy the sound of freedom, folks.