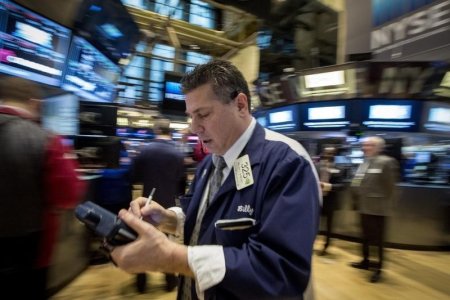 (Reuters) – A U.S. Securities and Exchange Commission committee said on Tuesday that limiting the types of stock orders available to retail investors and moving away from halting trading in individual stocks could help prevent a repeat of the market chaos seen last August.

In the first hour of trading on Aug. 24, concerns over the health of China’s economy led to sharp price moves that triggered more than 1,000 trading halts in hundreds of stocks and exchange-traded funds, according to the SEC.

The excessive halts caused prices of many ETFs – securities tracking indexes, commodities, bonds, or baskets of securities that trade like stocks – to diverge from the prices of their underlying components.

“While we didn’t see a lot of trade breaks on August 24th, we did see a number of trades that would have been qualified to be broken had they been submitted in a timely fashion,” she told the SEC’s Equity Market Structure Advisory Committee.

Others said the order types were important to retail investors and that more education on their use was needed.

The NYSE said in November it would phase out stop orders.

Some committee members said the way exchanges reopen stocks after volatility halts may have added to the problems, and that the market might have fared better without any halts.

When stocks are halted due to large, rapid price moves, the listing exchanges gather available bids and offers and hold auctions akin to the opening of the trading session. But in August, buyers were largely absent as the market tumbled, causing imbalances that led to repeated halts.

The measures were introduced after the 2010 “flash crash,” when around $1 trillion in paper value was temporarily wiped from U.S. stock markets within minutes.

Allowing the upper and lower limits of stock prices to readjust periodically as the best bid and offer change might be sufficient to absorb volatility, said Joe Mecane, a managing director at Barclays.