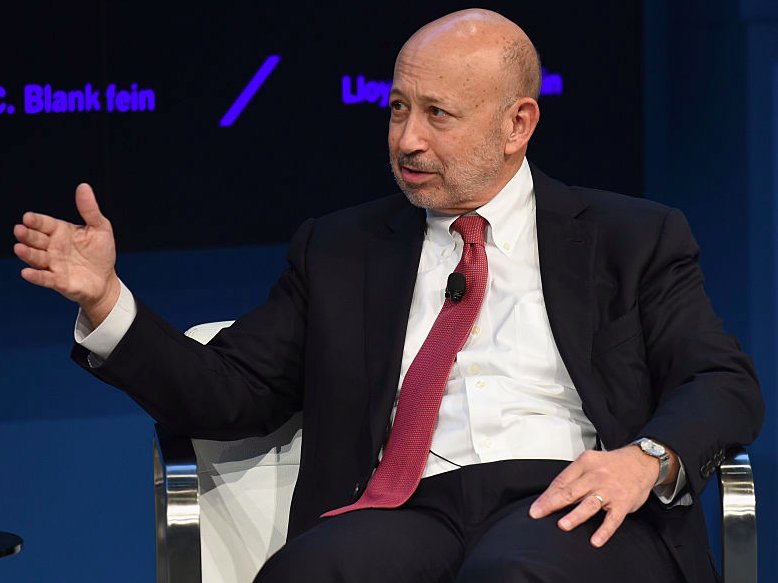 Goldman Sachs last month launched an online consumer lending platform — an unusual move for the global investment bank — and many people are wondering why.

The lending tool, which you can find at Marcus.com, will offer fixed-rate, no-fee personal loans of up to $30,000 for two- to six-year periods. It’s targeted at Americans with more than $10,000 in credit card debt.

The launch marks a step toward consumer banking for Goldman, which is arguably the best-known investment bank in the world. The firm launched a digital savings account on GSBank.com in April, offering customers a 1.05% interest rate on their deposits, which can be as little as $1.

CEO Lloyd Blankfein provided some insight into that push while speaking with The New York Times’ Andrew Ross Sorkin at the DealBook Conference last week.

“Lending is a place which historically we haven’t done as much of, being an investment bank, and so what we are doing is we are building lending platforms and lending businesses,” Blankfein said.

“One of the places we thought we could go to and have a relative advantage and fill a void is consumer lending,” he said. “Not because it’s a consumer business, but because it’s a very good business for us to go to.” He said that financial regulations are a real driver of the push, as they have dissuaded banks from going into capital-intensive areas. He also highlighted the role that technology now plays in lending businesses, stressing Goldman’s strength in technology.

Lending is a service that’s focused on risk management and delivered digitally, Blankfein said, “which we think we’re pretty good at.”

He said that 10 years from now, he hopes Goldman’s outstandings will be in the billions of dollars.

“Think about how much credit card debt is out there — allowing people to finance that … really accomplishes a lot for the consumers,” Blankfein said.

“The consumer and the market really presented itself to us,” Schwartz said. “We’ve always had technology skills. We’ve always had risk-management skills. … It’s just converged for us in a way that works. And we are a bank, so we can do it — and we can get accretive returns.”

Schwartz added that if consumers were not using web platforms, and rather were relying on physical bank branches, “we probably wouldn’t be in the space.”