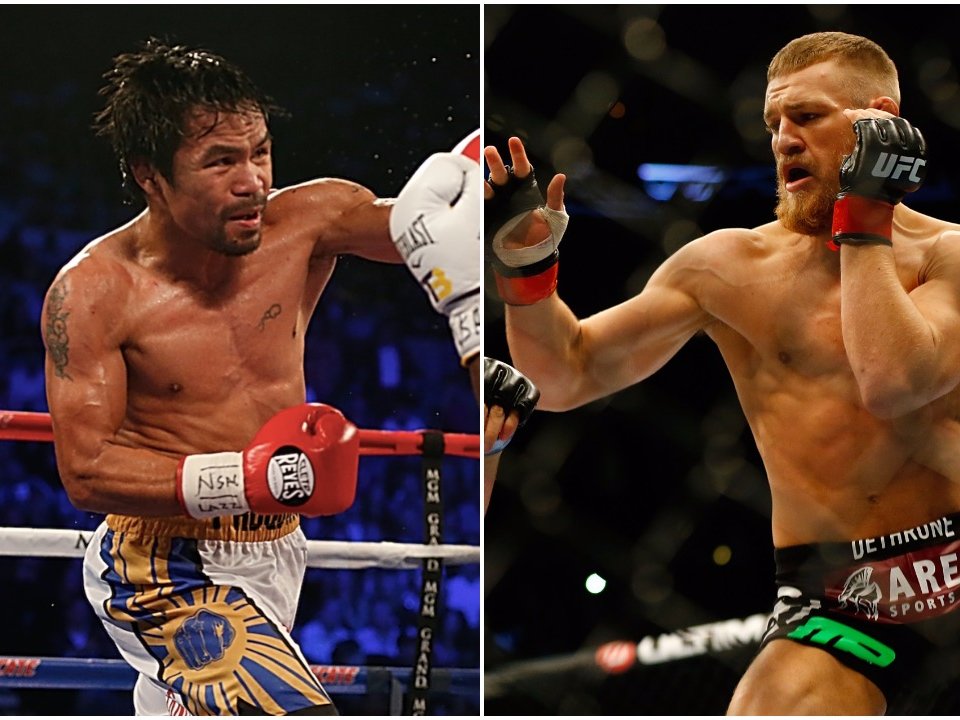 The Irish mixed martial artist has already conquered two weight classes in the ‘Octagon’ and is now reportedly on the cusp of finalising a lucrative boxing rules contest with ring king Floyd Mayweather.

The deal has been protracted, however, and Manny Pacquiao’s promoter has offered McGregor an alternative.

Top Rank founder Bob Arum, who has promoted the Filipino icon for over a decade, has challenged McGregor to box Pacquiao should any deal with Mayweather fall apart.

“If McGregor [ends up] looking for an [alternative] opponent, Manny Pacquiao is there,” Arum confirmed to TMZ Sports.

McGregor, though, has already signed his terms for a fight with Mayweather.

The American boxer will now be looking over McGregor’s proposal with his advisor Al Haymon and Mayweather Promotions CEO Leonard Ellerbe.

Arum has done business with Mayweather, Haymon, and Ellerbe before and had words of advice for UFC president Dana White, who is negotiating on behalf of McGregor.

“Be patient, don’t give in,” Arum said. “Dana’s a good negotiator, and he’ll get the thing done. But he can’t be pushed around by Mayweather and his people.”

Arum acted on Pacquiao’s behalf during their six-year negotiation with Mayweather. The two finally agreed a fight in 2015 when Mayweather won a points decision after 12 rounds.