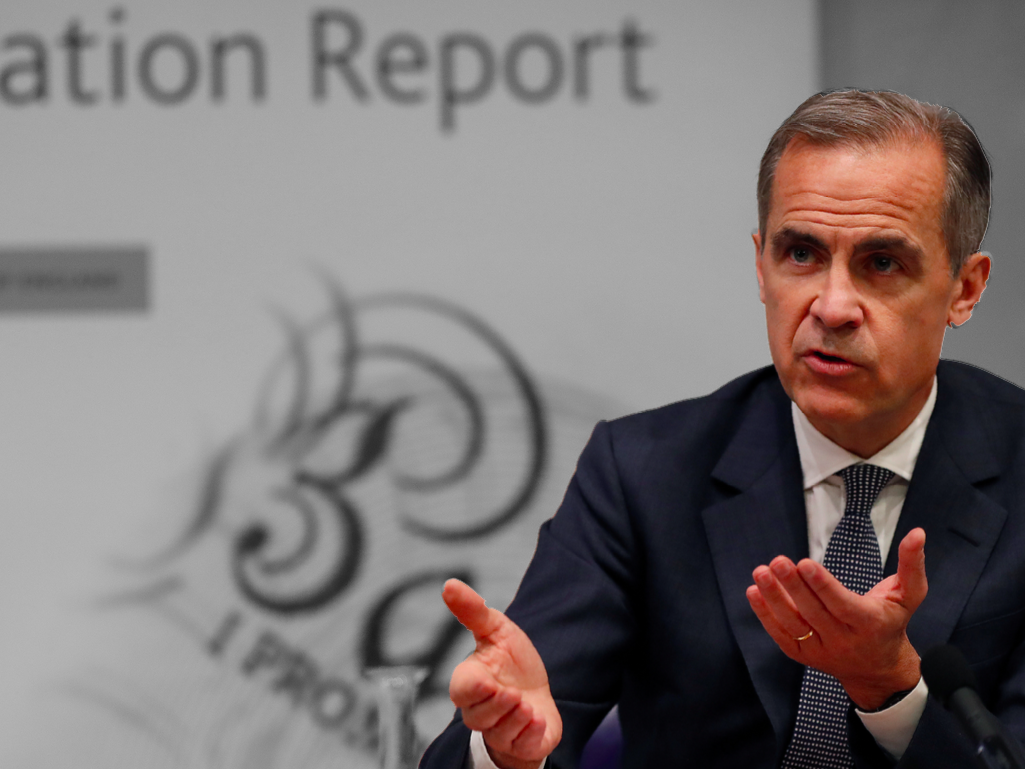 LONDON — On Thursday afternoon, Bank of England Governor Mark Carney did what he does every three months and took questions from the press after the bank released its Quarterly Inflation Report.

Most of Carney’s press conferences are pretty dry affairs, with the governor being as careful as possible not to say anything too controversial or surprising for fear of unduly influencing the markets.

He is after all one of the most pivotal figures in the global financial system and one misspoken word has the possibility to cause market shifts that move billions of pounds in seconds.

This week, however, Carney gave one particularly interesting answer that cut right to the heart of the economic impact Brexit is set to have on regular Brits.

Asked by ITV’s economics editor Noreena Hertz to explain in layman’s terms what is likely to happen to wages in the coming years — something the bank warned about in the Inflation Report — Carney distilled into a few sentences exactly what the downside of voting to leave the EU will have, and is already having, on household finances.

“The first thing that people are experiencing across the country, and they have experienced for several years is that the actual pace of wage growth has been relatively slow, relative to past experience,” he said. “So even though a tremendous amount of employment has been created, wages are not picking up as much as they would have done in the past. That’s the first point.”

As Carney made clear, sclerotic wage growth is not something that is solely happening because of Brexit, and in the past handful of decades myriad factors — including but certainly not limited to the rise of zero-hours contracts and the waning influence of trade unions — have helped subdue the speed at which pay packets are growing.

However, with the return of inflation since June last year, a real and painful squeeze is underway for British households. Inflation, at the last reading, is running at 2.3%, while wage growth was just 2.2%. Inflation’s surge from close to zero reflects the growing cost of imports triggered by the crash in the pound since the referendum. “The second [issue regarding wages] is that we have expected since the summer of last year that there would be a squeeze on real incomes around this time, and basically over the course of this year,” Carney said.

“In other words, that the wages people are getting are not going to be sufficient to compensate for the rises in consumer prices, prices in the shop.

“So this is going to be a more challenging time for British households over the course of this year, real income growth — to use our terminology — will be negative. To use theirs [layman’s] wages won’t keep up with prices for the goods and services they consume.”

This squeeze is already underway, Carney noted during prepared remarks delivered at the start of the conference, saying: “For some time, the responses of financial markets and households to the UK’s decision to leave the EU have diverged.”

“In its February projections, the MPC expected that this tension between consumer strength and relative financial market pessimism would be reduced over the course of this year. That process has now begun. With wage growth moderating and inflation picking up, both household spending and GDP growth have slowed markedly.”

While he was clear about the squeeze’s impact on regular Brits, Carney sought to reassure people that the worst of it won’t last for too long.

“This higher inflation that we’re experiencing now will come off in subsequent years, so real income growth, we expect, will return, and people will start moving ahead in the latter years of our forecasts.”