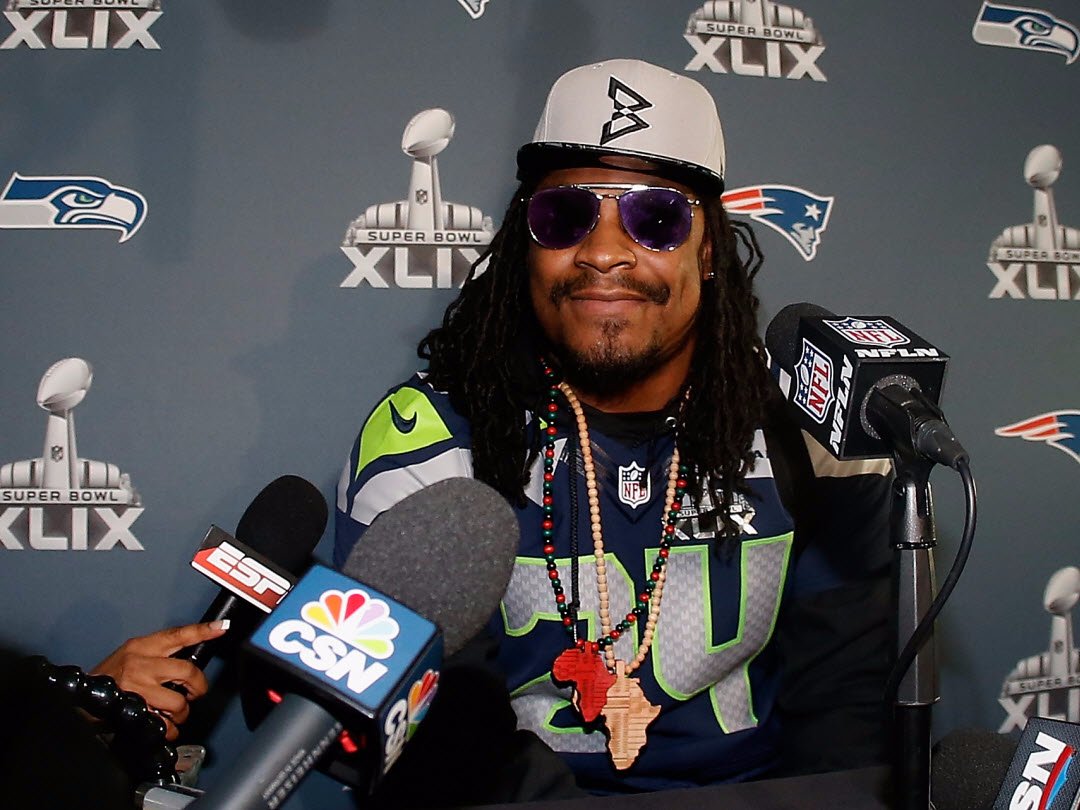 Seattle Seahawks star running back Marshawn Lynch has made $49.7 million in nine NFL seasons — and has saved all of it.

In a recent segment for “The Ian & Puck Show” on 950 AM KJR in Seattle, Ian Rapoport of the NFL Network was discussing recent rumblings that Lynch might retire and dropped an interesting tidbit about Lynch’s thriftiness.

“Marshawn Lynch has a lot of money,” Rapoport said. “He hasn’t spent a dime of his actual playing money … ever.”

Presumably, Lynch has been living the last nine years off of endorsements and other business ventures. Lynch is estimated to earn about $5 million per year through endorsement deals with Nike, Pepsi, Skittles, Progressive, and Activision, according to Forbes.

Lynch, the 12th pick in the 2007 NFL Draft, signed a modest — by today’s standards — five-year, $19 million rookie contract with the Buffalo Bills. He took home roughly $14 million from that contract, during which he was traded to the Seattle Seahawks. Lynch really cashed in then, signing a four-year, $30 million extension with the Seahawks prior to the 2012 season, and he just finished the first year of a two-year, $24 million contract, bringing his career earnings on the field to $49.7 million.

But now Lynch may be leaning toward calling it quits.

John Schneider, the Seattle Seahawks’ general manager, recently said that he was under the impression that star running back Marshawn Lynch was “leaning towards retirement.”

Rapoport added that he would be “surprised” if Lynch is back in the NFL next season.

“His days in Seattle, from what I understand, are over,” Rapoport added. “I would expect him to walk away after that.”

If Lynch does retire at age 29, he can thank his thriftiness for having a nice nest to fall back on.