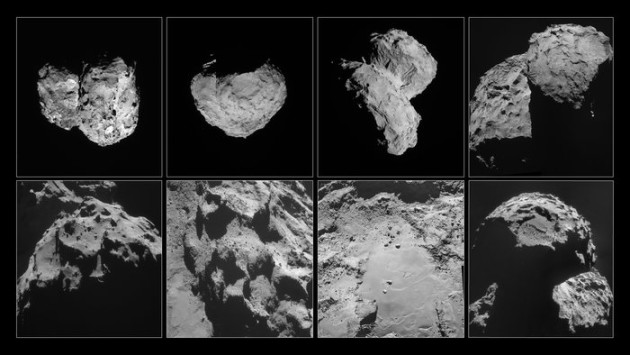 A new study posted in Nature is giving scientists greater insight into Comet 67P’s internal makeup. Namely, that it doesn’t contain a complex system of caves—something researchers originally assumed after the Rosetta spacecraft got an up-close look at the space rock’s surface.

According to the report, Comet 67P is considered to be a low-density object, one made up mostly of ice and dust particles that are described as “fluffy.” The outside of the comet is still solid; internally it’s much weirder and more complex than anticipated.

The finding was achieved by studying the way the Rosetta orbiter is pulled by the gravity of the comet.

“The effect of the gravity on the movement of Rosetta is measured by changes in the frequency of the spacecraft’s signals when they are received at Earth,” the European Space Agency explained. “It is a manifestation of the Doppler effect, produced whenever there is movement between a source and an observer, and is the same effect that causes emergency vehicles sirens to change pitch as they pass by.”

While scientists are confident in their measurements of the comet’s surface, they’ll get a much more accurate look later this year. In September, Rosetta will make a controlled impact on the surface, but before it explodes into a million tiny pieces, it’ll send back a wealth of information, allowing scientists to determine once and for all if there any interior caverns.