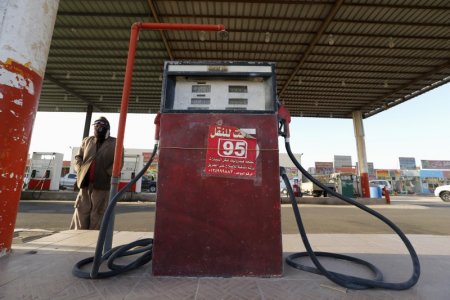 Thomson ReutersA fuel pump assistant stands next to an old fuel pump during the early hours near the village of Salwa at the Qatari-Saudi border, south of the eastern provience of Khobar

Venezuela’s Oil Minister Eulogio Del Pino is on a tour of oil producers to lobby for action to prop up prices.

“It was a successful meeting and (conducted) in a positive atmosphere,” SPA cited Naimi as saying.

Both minister discussed the outcome of del Pino’s meetings with other officials focused on “the cooperation of those countries to stabilize the international oil market,” and the importance of the continuation of such consultations, SPA added.