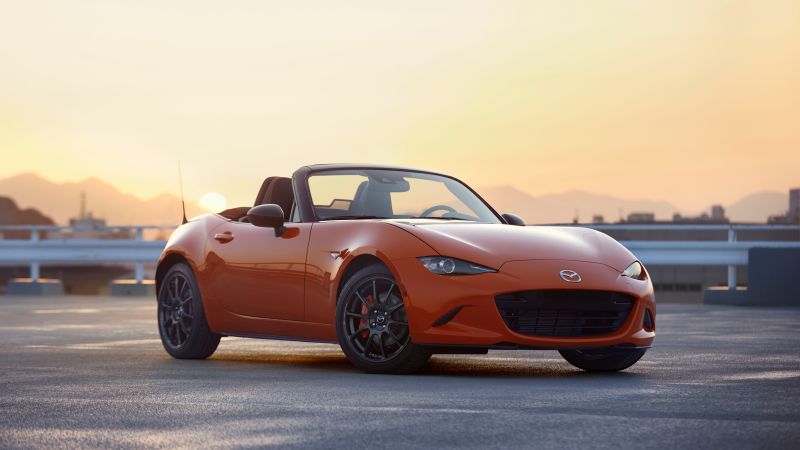 The bright-orange, 30th-anniversary edition of the 2019 Mazda Miatasold out within four hours of its order books opening in the U.S., with all 500 of the cars coming this way spoken for. But Mazda’s bringing a few extra to America—143, to be exact—for the people still holding out hope the $35,000 car.

Mazda announced Monday that the U.S. allocation of its 3,000-car anniversary production run will go from 500 to 643.

The cars won’t go to just anyone, though: Mazda said in the press release that it’s “answering … relentless requests” by giving the “hundreds” of people still on the waitlist another chance at the car, which starts at $34,995 for a soft-top version or $37,595 for the retractable-hardtop RF.

The 30th-anniversary car comes with a mechanical limited-slip differential on models with a manual transmission, along with its own fancy orange color and some anniversary badging. An automatic is an optional extra, and all of the cars come with the Miata’s 2019 power bump from 155 horsepower to 181.

Mazda won’t make any extra to hit the U.S.’ new allocation of 643, but will just send more to the U.S. than originally planned. A company representative, when asked, told Jalopnik that Mazda also isn’t taking leftover, unsold slots from another market to bump the American allocation up, but instead that the extra cars are being given to the U.S. based on how quickly its 500 slots sold out.

The rep said U.S. was the only market that was able to preorder the anniversary car, so Mazda just rerouted a few extra to America’s waitlist instead of sending them off to be sold other areas. The 143 extras aren’t coming from any specific market, either, the rep said.

But if you don’t get the call that your waitlist slot is one of the lucky 143, or you gave up hope and didn’t even sign up after all of the cars sold out, don’t beat yourself up too badly. The anniversary edition is just a fancy-looking version of the regular, 181-HP 2019 car, after all, plus its own color scheme—something that can be easily imitated with a little cash and a vinyl shop.