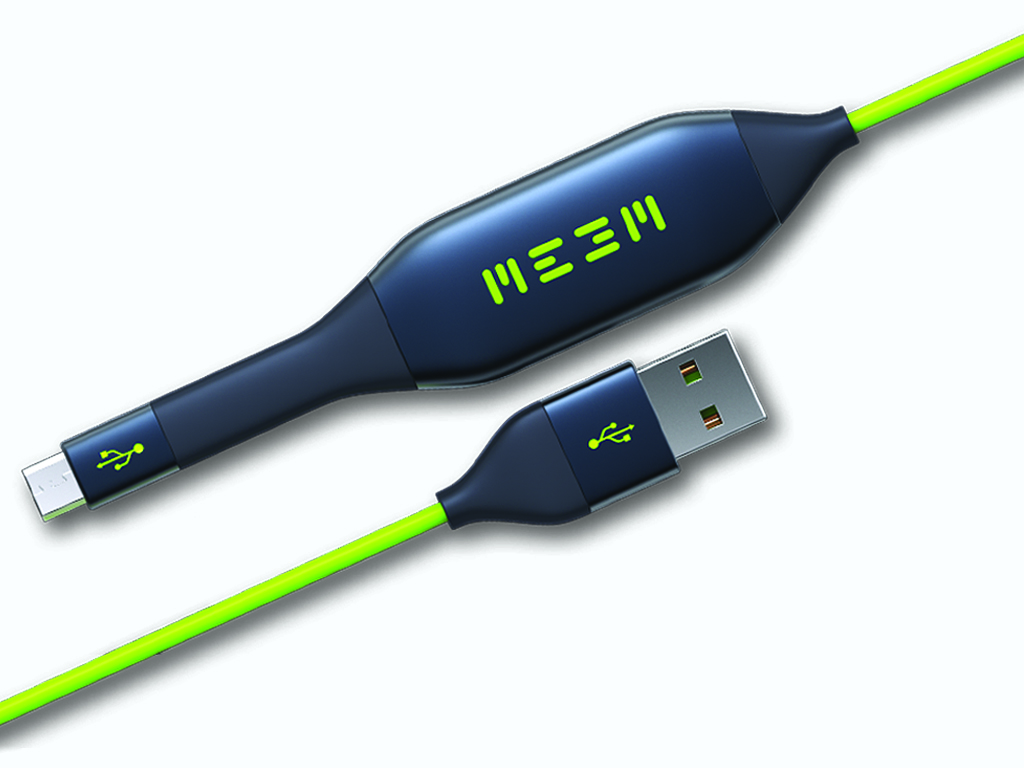 Quick question: when was the last time you backed up your smartphone? If you’re anything like me the answer is a long time ago. To be honest, if I lost my phone or someone stole it I’d lose several months worth of text messages, newly added contacts and other data that isn’t saved to the cloud.

Speaking of the cloud, there’s also the issue of security, which may explain why some people would rather not leave their personal information potentially exposed to hackers even if it means the possibility of losing it entirely.

Now one company has a solution for both of these problems. It’s called MEEM and it makes backing up your phone as simple as plugging it in to charge.

MEEM is a regular-looking charging cable, with USB on one side and either a Lightning plug or microUSB on the other. At the center there’s a small aluminum hub with enough built-in storage to keep all your messages, contacts, photos and more safe and secure. Just plug in and MEEM will automatically mirror exactly what’s on your phone, updating any changes since the last time you backed up.

“The whole point of MEEM is you don’t have to remember to do anything,” Sumner said. The first time you plug it in you’ll get a notification to download the app, but after that it works automatically. “If you have to ask people to start doing stuff they don’t do it,” he added.

MEEM is also designed to be secure. All the information is stored locally, and protected by a four-digit code you pick the first time you plug it in. Sumner also claims several unnamed Hollywood stars are dying to get their hands on the cable to avoid another iCloud hack.

You can pre-order the 16GB MEEM for Apple or Android on Kickstarter for a little less than $60, or upgrade to 32GB for $80. The company’s also offering some nice discounts when you buy two or three cables at once.

Sumner seems confident he’ll be ready to ship by March. Production is set to kick off later this month. MEEM is also patent protected in North America, Europe and all over the world.

Looking forward, the company’s already planning for future models, including a USB-C cable and versions that work with tablets and even laptops. There could be special MEEMs with multiple connectors in one. Sumner even teased a model with two separate storage compartments: one for your personal private data and one for sharing photos and videos with your friends.

Of course, for any of that to happen MEEM needs to succeed with its initial Kickstarter campaign. To order one for yourself hit the source link below.