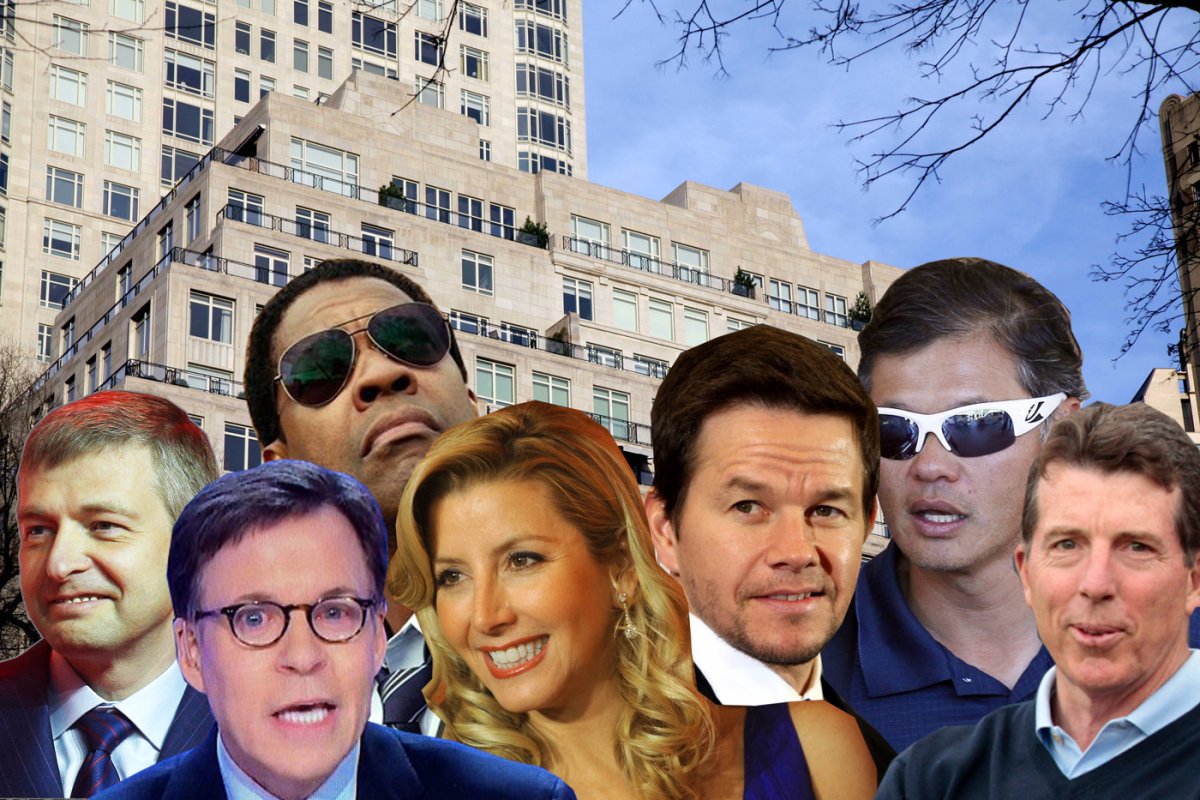 There are plenty of legendary addresses in New York City, but 15 Central Park West stands out. The ultra-luxury condominium on the corner of West 61st St. and Central Park West has been home to a long list of bankers, celebrities, and assorted bold-faced names, including Goldman Sachs CEO Lloyd Blankfein and Sting.

Author Michael Gross, who published a history of the condo called “House of Outrageous Fortune” in 2014, calls it the world’s most powerful address. Unlike many of New York’s history-filled apartment buildings — especially its main rival across the park, 740 Park Avenue — 15 Central Park West is a relative newcomer.

Completed in 2008 by developers Arthur and William Lie Zeckendorf, it offers a ridiculous array of amenities to New York’s moneyed elite, including an in-house chef, a lap pool, and a private screening room.